By Anuar Abdrakhmanov in Sports on 16 December 2017

ASTANA – The Astana professional cycling team members and managers presented its new line-up Dec. 8 in the capital. The team is part of the Astana Presidential Sports Club, which includes rosters competing in cycling, football, ice hockey, basketball, boxing and motorsports, and is backed by the country’s Samruk Kazyna sovereign wealth fund. 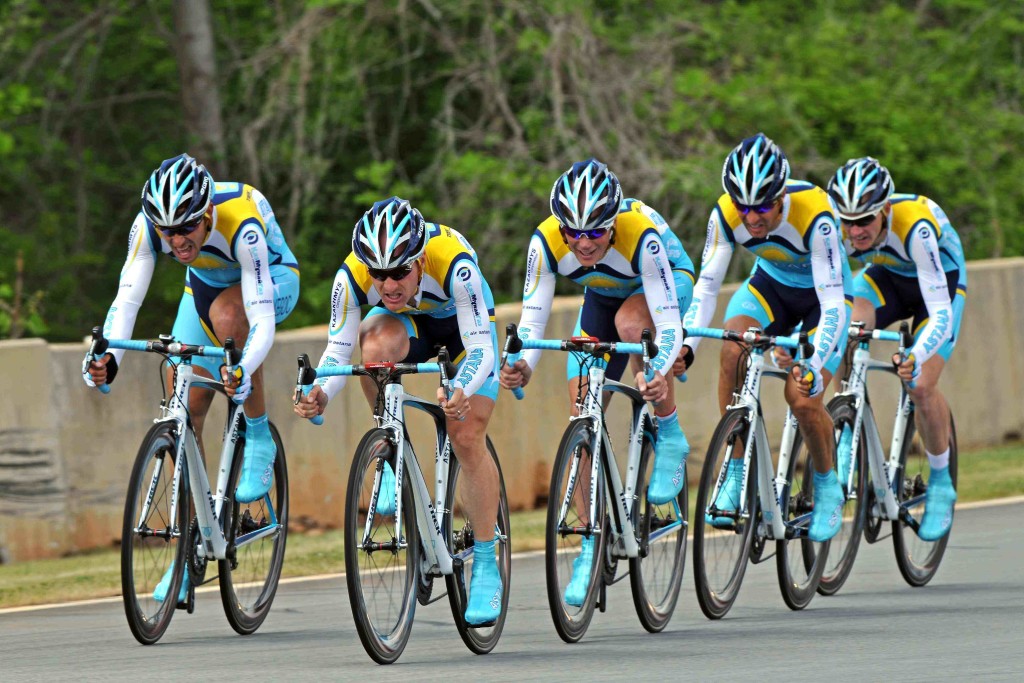 The ceremony opened with a tribute to Michele Scarponi, the team rider who died in a road accident last spring. The invited officials, including Minister of Culture and Sports Arystanbek Mukhamediuly and Astana Akim (Mayor) Asset Issekeshev, delivered welcoming remarks.

“Thanks to the wins of the Astana Presidential Club teams, people around the world learn more about our country. I want to congratulate the Astana team on their great achievements. As [Astana cycling team’s general manager] Alexander Vinokourov told me, more than 30 percent of the international cycling world’s star riders used to be or are now members of the Astana club. I wish Astana cyclists new victories and achievements,” said Mukhamediuly.

One of the highlights of the ceremony was the Presidential Club announcement about rebranding its sports projects and changing its conceptual ideology. The club will no longer divide its logo by team type, as all projects will now be under a common name and logo with the “Astana” inscription. The teams’ corporate outfits will also have a single design, style and colour scheme.

Vinokourov summed up the results of the past season and announced the club’s key goals for the upcoming year.

“We had big wins and remarkable achievements at the highest level in 2017, both at the World Tour races and Grand Tours. I am especially pleased to highlight the successes of our Kazakh riders. Today’s presentation officially opens a new season for our team. We are entering a new year with a new line-up and we will focus not only on Grand Tours, but also on week-long and classic races,” he said.

Astana Presidential Club board chair Darkhan Kaletayev noted the cycling team’s contribution to promoting the Astana brand around the world.

“The big sports family of the presidential club recently had a big event. FC Astana reached the playoffs of the UEFA Europa League for the first time. I think this is an important event, especially ahead of the new season for our cycling team. It is a jewel of Kazakhstan’s sports, which will win and strengthen the image of our country. Astana has always proved that it can cope with any situations. The year was hard, but the team has strengths and [it has new] opportunities. It has newcomers who will give extra strength, and, first of all, I believe in Alexander Vinokourov,” he added.

The cycling team secured 20 wins and 25 prizes in international cycling competitions in 2017. To date, it has received 286 prizes.