ASTANA – Kazakhstan celebrated its 26th anniversary of independence Dec. 16 this year. During the period, the country made the leap from the economic and political disruption of the early 1990s to a modern social state with a dynamically developing market economy, democratic system, political stability and ethno-confessional peace and accord. The prime minister’s press service released a report Dec. 17 reviewing the work which has been undertaken. 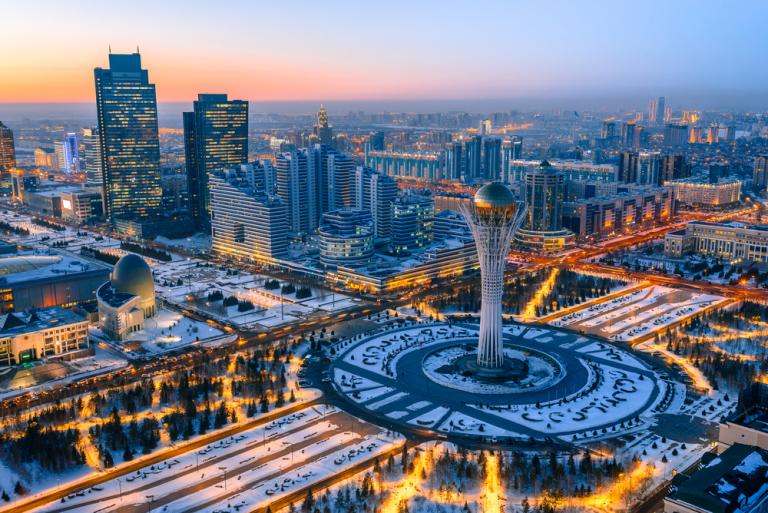 “Today, Kazakhstan is deeply integrated into the international processes, has joined the main financial and economic institutions and attracted multibillion-dollar flows of foreign direct investment. EXPO 2017, the first OIC (Organisation of Islamic Cooperation) Summit on Science and Technology and other major forums were held in the country [during 2017],” it noted.

Kazakhstan has established diplomatic relations with 180 countries, presided at such authoritative international organisations as the Conference on Interaction and Confidence-Building Measures in Asia (CICA), Commonwealth of Independent States (CIS), Collective Security Treaty Organisation (CSTO), OIC, Organisation for Security and Co-operation in Europe (OSCE), Shanghai Cooperation Organisation (SCO) and the Turkic Council. The nation also hosts a regular congress of leaders of world and traditional religions, joined the World Trade Organisation (WTO), effectively mediated in resolving conflict situations, initiated the adoption of the UN General Assembly’s Universal Declaration for the Achievement of a Nuclear-Weapons-Free World and gained non-permanent membership on the UN Security Council for 2017-2018.

“Kazakhstan is becoming more attractive to foreign business. Approximately $300 billion in direct investment was attracted to the country over the past 26 years. This is more than 70 percent of the total inflow to the countries of Central Asia. The largest investors are the Netherlands, the USA, Switzerland, France, Great Britain, Russia, Italy, Japan, Belgium and Canada,” said the report.

Back in the early 1990s, the country’s oil and gas industry started with 25 million tonnes of oil production, the Atyrau-Samara oil pipeline and a three-million tonne per year export quota to foreign countries. The lack of investments threatened a severe crisis and production volume fell annually.

“A serious jump in oil reserves was made from 5.3 billion barrels in the 1990s to 30 billion barrels today. In 1991, oil exports were approximately 12 million tonnes to limited locations; today, exports have been increased by more than five times – over 66 million tonnes to 36 countries. In 2016, Kazakhstan launched the long-awaited Kashagan project, which is supposed to bring substantial revenues to the country,” according to the report.

Kazakhstan currently follows a course towards new industrialisation and production development, reducing the country’s dependence on raw materials. The manufacturing sector is becoming the main driver of industrial growth, facilitated by implementing the second five-year State Programme of Accelerated Industrial and Innovative Development.

In addition to the traditional metallurgy and food industries, the nation has 26 new manufacturing areas, including the automotive industry, railway engineering, titanium industry, medical equipment production and solar and wind power.

“The development of the country’s transport and logistics system is one of the most important priorities. Today, Kazakhstan has become a key element of the Euro-Asian transit system. In 2016, the President instructed developing the Nurly Zher programme of housing construction. The programme is set to provide even more Kazakh families with affordable housing,” noted the review.