By Zhanna Shayakhmetova in Business on 16 November 2017

The event attracted about 1,500 visitors, according to Kazinform. 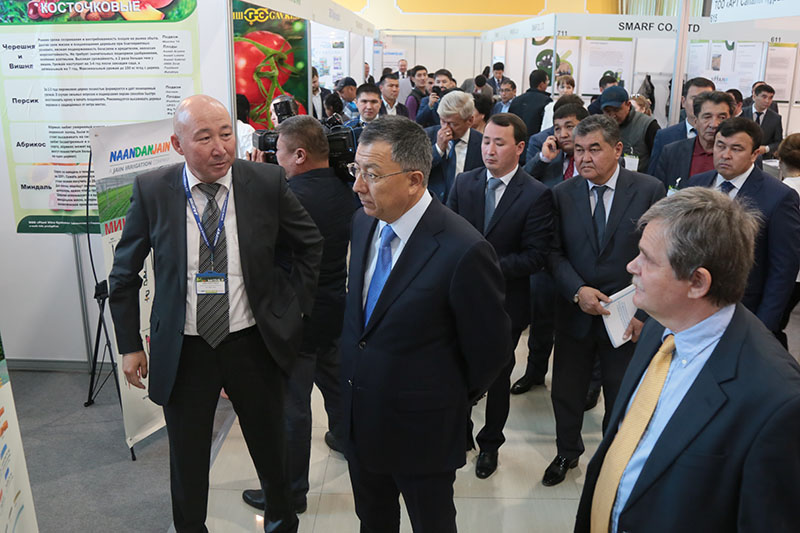 At the opening ceremony, South Kazakhstan region Akim (Governor) Zhanseit Tuimebayev noted agriculture in the region is becoming a new driver of the economy.

“Modern technologies are used in the crop sector due to state support. There are more than 1,300 hectares of greenhouses belonging to 5,000 farms in the region, 17 of which are automated industrial greenhouses. In addition, new technologies are widely used in the dairy industry. Up to 7,000 litres of milk are received per year from every cow due to modern equipment. The production of poultry meat will increase up to five times as a result of the use of digital technologies,” he said.

Seven hectares of almond orchards, and 59 hectares of walnuts, have been planted. The drip irrigation method originally introduced on 7,500 hectares has expanded to 58,500 hectares. Greenhouse area in the region has increased by 1,294 hectares, accounting for an 80-percent share in the country. 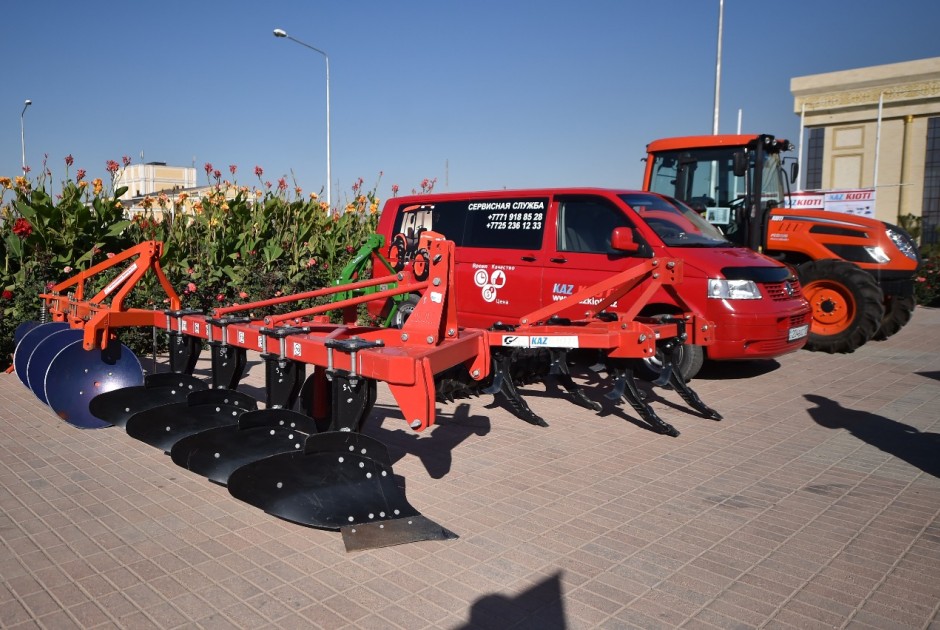 “It is difficult to achieve results without introducing modern technologies in agriculture. The state began to issue investment subsidies from 25 percent-50 percent to purchase new equipment. To increase the efficiency of production, the special subsidies for high-grade seeds and fertilisers are also taken into consideration. Concessional loans at a 2-percent rate are issued for spring field harvest campaigns and loans at 6-8 percent rates for other areas. State support is aimed at increasing the productivity of agricultural products; that is, obtaining high quality products,” said Tuimebayev. 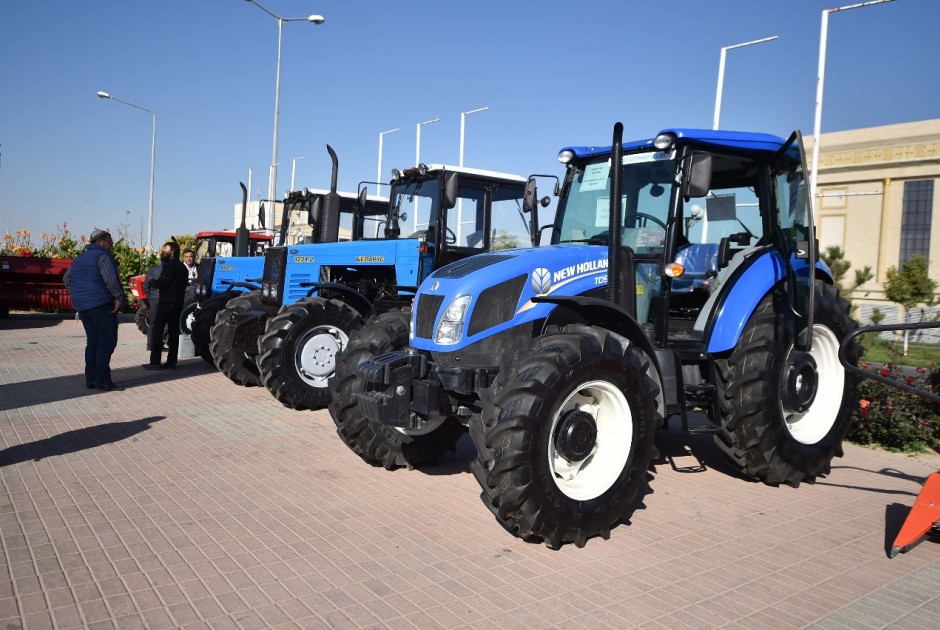 Farm machinery manufacturing issues and ways to produce agricultural machinery, equipment and tools were discussed at a seminar within the exhibition.