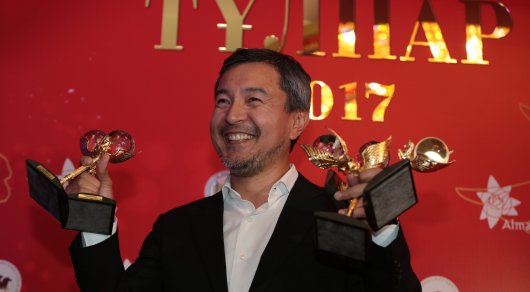 The film revolves around the life of Arsen, an Almaty boy who had to adapt to the cruel “street rules” on the brink of the fall of the Soviet Union in the late 1980s. The period is thought to be the dawn of the rise of crime the following decade in the post-Soviet independent states.

After moving to the new district, the young school boy goes through stages of adjustment in search of his own identity and learns the hard way that only the fittest survive. He later falls in love with his classmate and faces the choice of whether to continue to follow the rules of the street or listen to his heart.

“I really liked the film! But it’s about nothing,” wrote capital resident Askar Ismailov on his Facebook page after viewing it.

“I liked it because it immersed me back 30 years ago. It reminded me of who I was then and am today – just a central Almaty laddie! It reminded me of the code of understanding, honour, district rules and first love; about guys who are no longer with us, street fights and the cigarettes we smoked in turns, judo and our coach Nikolai Ivanovich – about those beautiful times we lived in!” he noted.

Ismailov added while the movie is “cruel and without a deep plot, the romanticism of street lifestyle shouldn’t be shown to kids and only central Almaty residents of those times would truly understand the film.”

“Districts” won Kazakhstan’s 2016 Tulpar Award, the national cinematography prize, as Best Film of the Year. The Tulpar was established to support national cinema, preserving the cultural identity and foundations of national film production and encouraging the best works of Kazakh and Central Asian directors and their promotion among the Kazakh and international audience. The award is given for outstanding achievements in cinematography and exceptional professional contribution to developing national cinema.