Vladimir Norov, former Minister of Foreign Affairs of Uzbekistan and current Director of the Institute for Strategic and Interregional Studies under the President of the Republic of Uzbekistan, participated in the Astana Club meeting in the Kazakh capital on Nov. 13-14. These are his remarks provided exclusively to The Astana Times, edited for space and publication style. 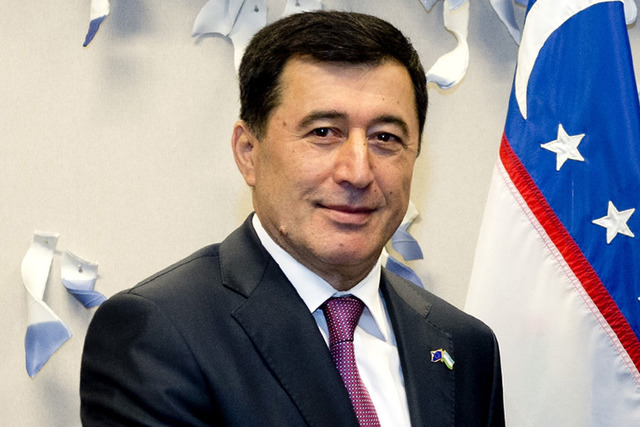 Despite the fact that for the first time the representative of our institute is participating in the meetings of this platform, we are well aware of its high intellectual status, which allowed Astana Club to prove itself as an international debate ground for discussing the most urgent issues, which are affecting the world as a whole and the Eurasia region in particular. In this sense, I would like to note that Astana, the most northern capital in Asia, has confidently declared itself as one of the centres for holding representative forums of international importance.

This year alone the capital of fraternal Kazakhstan hosted many important events at a high level, including the Summit of the heads of Shanghai Cooperation Organisation member states, the International Specialized Exhibition EXPO 2017, the first summit of the Organisation of Islamic Cooperation on Science and Technology. In a short time, the new capital, which was born as the architectural masterpiece of the first President of Kazakhstan, gained the status of a nationwide idea, became a symbol of independence and global success of the young state.

The personal contribution of the head of Kazakhstan in strengthening relations with Uzbekistan is invaluable. The acknowledgment of this was the presenting to the leader of Kazakhstan of the high state award of Uzbekistan, the Order of “El-yurt Hurmati.”

Central Asia is an integral and organic part of Eurasia, being located in the heart of the continent. Our region plays the role of an important link connecting Europe and the Middle East, South and East Asia. The ability of the Central Asian countries, in working together, to ensure peace, stability and prosperity in the region will largely determine the dynamics of the most important processes in Eurasia.

Describing the core directions of Uzbekistan’s modern foreign policy, President Shavkat Mirziyoyev has confirmed that the region of Central Asia is a main priority and called this “a conscious choice.”

“A peaceful and economically prosperous Central Asia is our most important goal and key task,” the President stated during the 72nd session of the United Nations General Assembly. He has once again spoken of his readiness to reasonable compromises with the countries of Central Asia on all issues without exception.

In this regard, it is encouraging to note that today in Central Asia there is a qualitatively new dynamic in the development of interstate relations. Noticeably intensified political dialogue at the highest and the high levels and interdepartmental and interregional relations of neighbouring countries have increased. As a result, we are observing an increase in trade and economic relations, and, most importantly, a new impetus has been given to the process of resolving long-standing region-wide problems.

All this gives grounds for asserting that 2017 is really “historical,” in many cases a “breakthrough” year for the people of our region. Thus, our nations have demonstrated their readiness and desire for cooperation and a responsibility for a common future.

At the same time, at the international conference “Central Asia: one past and a common future, cooperation for sustainable development and mutual prosperity” in Samarkand on Nov. 10, President Mirziyoyev stressed that the achieved first results are not a reason for complacency. We are still “at the very beginning of the road.”

It is naïve to believe that many problems have already found their solution; still there is much joint work ahead to find reasonable compromises on the way to consolidate and to develop the reached achievements. In our opinion, it is time to work out the priorities for joint advancement.

We are strongly convinced that our main goal for the coming years should be the agreement of approaches to transform Central Asia into a territory of peace, good-neighborliness and prosperity.

We are facing the most important tasks – jointly eliminating the conditions and reasons, which fuel and provoke the conflict potential and ensure the matching of national development prospects with the region-wide priorities.

In this regard, let me once again outline the positions and approaches of the Republic of Uzbekistan on further strengthening cooperation in Central Asia declared by the head of our state:

First, further development of trade and economic ties, creating favourable conditions for the growth of mutual trade turnover and strengthening the cooperation. According to UN experts, effective cooperation of Central Asian countries could increase regional GDP at least twice in 10 years.

A practical contribution to this task could be the creation of a Regional Economic Forum and the establishment of the Association of Heads of Regions of Central Asian States, which will create direct dialogue between the business communities of our countries and strengthen inter-regional ties.

Second, we need to use the transit and logistics potential of the region more effectively and ensure the advanced development of the transport and communication infrastructure.

The poor development of transport and transit corridors and infrastructure in Central Asia and the low level of their interconnectivity negatively affect the development of trade relations and restrain transit flows.

In this regard, we believe that it necessary to develop and adopt a region-wide Programme for the Development of Transport Communications. In order to organise a thorough discussion of this issue, an international conference “Central Asia in the System of International Transport Corridors: Strategic Perspectives and Unrealized Opportunities” is going to be held in Tashkent in 2018.

Third, countering the challenges and threats of a transnational nature will be effective only in the framework of bilateral and multilateral cooperation mechanisms of the countries of the region.

We are deeply convinced that it is necessary to abandon the division of security threats into “our own and others” and continue to adhere to the principle of “indivisibility of security.”  It is important to note that in the final communiqué of the conference in Samarkand, participants agreed that the security of Central Asia is an integral part of global security.

At the same time it is proposed:

–          to fight against extremism, paying more attention to the issues of countering radical ideology, the influence of which often falls on youth. Central Asia is one of the “youngest” regions of the world in terms of the age composition of the population: young people make up about 60 percent, while in the world this figure does not exceed 20 percent.

The President of Uzbekistan previously declared a number of initiatives in countering extremism from the UN platform and other authoritative international organisations, including the development of the Convention on the Rights of Youth and the adoption of a special   resolution on “Enlightenment and Tolerance,” the establishment of the Imam Bukhari International   Research   Centre in Samarkand and the Centre for Islamic Civilisation in Tashkent.

Fourth, there needs to be a swift and definitive completion of the process of delimitation and demarcation of state borders, while strengthening the confidence measures along them.

Taking into consideration this issue, it is necessary to continue coordinated and scrupulous joint work to solve the complicated issues arising at the negotiations on the delimitation of state borders. I am sure that by taking into account mutual interests on the basis of reasonable compromises and equivalent exchange, we soon will be able to announce the solution of this most important and sensitive problem.

Fifth, one of the key tasks in the region includes resolving the problems of equitably using water resources based on international legal norms, which take into account the interests of all the states of tie region.

Without adequate consolidation, both at regional and international levels, it is impossible to develop an appropriate response to the Aral catastrophe. We consider it necessary to intensify the activities of all states of the region in solving the problem of the Aral Sea area and in order to attract donor assistance to the implementation of socially significant projects and programmes.

Sixth, the important direction in interstate relations is strengthening the cultural and humanitarian ties and contacts of friendship and good-neighbourliness between our states and peoples.

In our opinion, the idea of creating a “Central Asian TV channel” aimed at covering the most important processes which are taking place in the states of the region will help our people get acquainted closely with the history of our countries and peoples.

Summarising the above, I would like to express the opinion that there are no alternatives to joint efforts in building a peaceful and prosperous Central Asia.

The participants of the international conference in Samarkand on ensuring security and sustainable development under the auspices of the United Nations, noting the historical nature of its convening, welcomed the initiative of holding consultative meetings of the heads of Central Asian states to maintain a regular confidential dialogue and develop coordinated approaches on topical regional issues.

This idea is also consistent with Kazakhstan’s initiative to hold regular five-side consultations between foreign ministries of our countries and develop a programme for their cooperation.

It should be noted that the expert community of the region put forward an initiative on the formation of a regional expert council, holding joint permanent meetings of representatives of leading analytical centres in Central Asian countries.

At   the   same   time, it is important to note that we are not talking about creating a new international organisation in Central Asia or any integration structure with its charter and supranational bodies. This activity will be aimed exclusively at “checking the clocks” on key issues of regional development.