By Anuar Abdrakhmanov in Sports on 15 November 2017 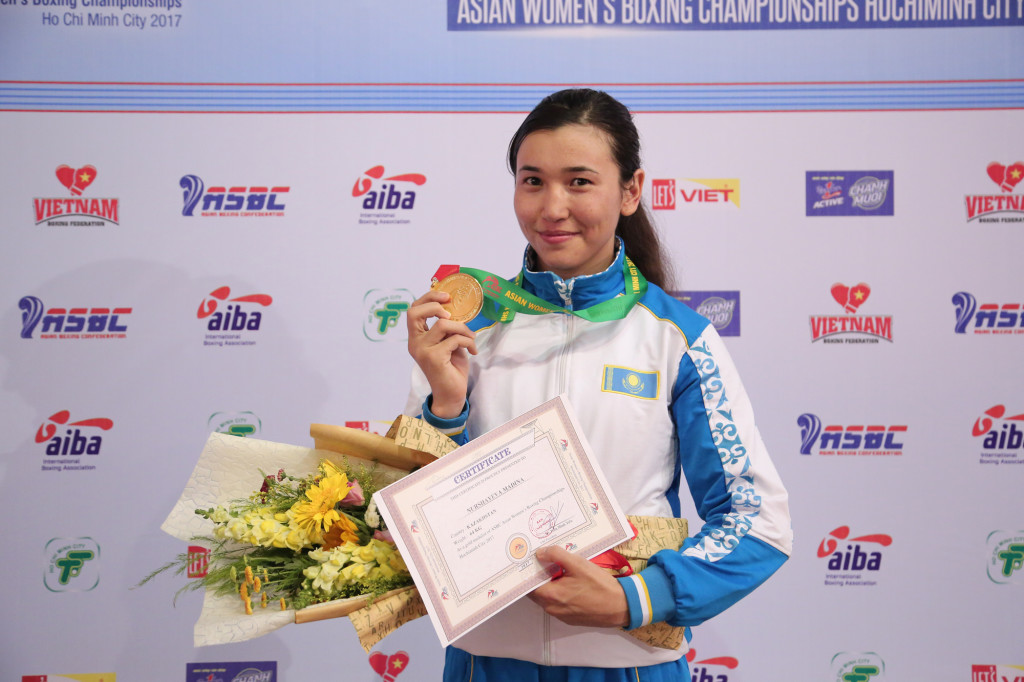 The only Kazakh to claim the top of the podium was Madina Nurshayeva, who captured the spot in the up to 64 kilogramme weight category. She defeated Dou Dan of China in the final bout to win her first medal at such a major international tournament.

“I did not succeed at the previous Asian Championship. I lost to the Chinese athlete in the first fight. I was winning in the course of the fight, but since the tournament took place in China, the victory went to my opponent. That is why I was very nervous this time when I fought against the representative of the host nation again. I gave all my strength to win with a clear advantage and not to give any chance to doubt my victory. This win gave me confidence and helped in the following two bouts. Together with the coaches, we did a great job to be in the best shape at this tournament,” said Nurshayeva on her success.

According to the boxer, the final bout was the most challenging.

“I managed to recover well after the semi-finals. Our masseurs, doctors and psychologists who were always with us helped me a lot. My opponent in the final was a Chinese athlete. When preparing for the fight, we, together with the coaches, watched her semi-final bout where she knocked down a boxer from India. We noticed that my opponent, like myself, works a lot on counterattacks and felt it was right to box at a distance and look for chances to catch her on the counter-actions. I think the correctly chosen tactics helped me win in the final,” she added.

Kazakhstan could have won another gold medal at the championships, but Valentina Khalzova (69 kg) lost in the final and had to comfort herself with silver. In the decisive bout, the Kazakh, who is the defending world champion, lost to a Chinese boxer.

“This is just the beginning of the Olympic cycle, so I think our performance was quite good. I can say for sure that our girls showed a great desire to win in all the bouts. There are still many serious tournaments ahead, such as the World Championships and the Asian Games in 2018. We will continue to train hard to improve our boxing and become stronger,” he said.