By Zhanna Shayakhmetova in International on 29 November 2017

ASTANA – Kazakhstan and Kuwait will celebrate 25 years of diplomatic relations Jan. 11 and in advance of the anniversary, The Astana Times interviewed Kuwaiti Ambassador to Kazakhstan Tareq Abdullah Al-Faraj to learn about the connection and potential for cooperation between the countries. 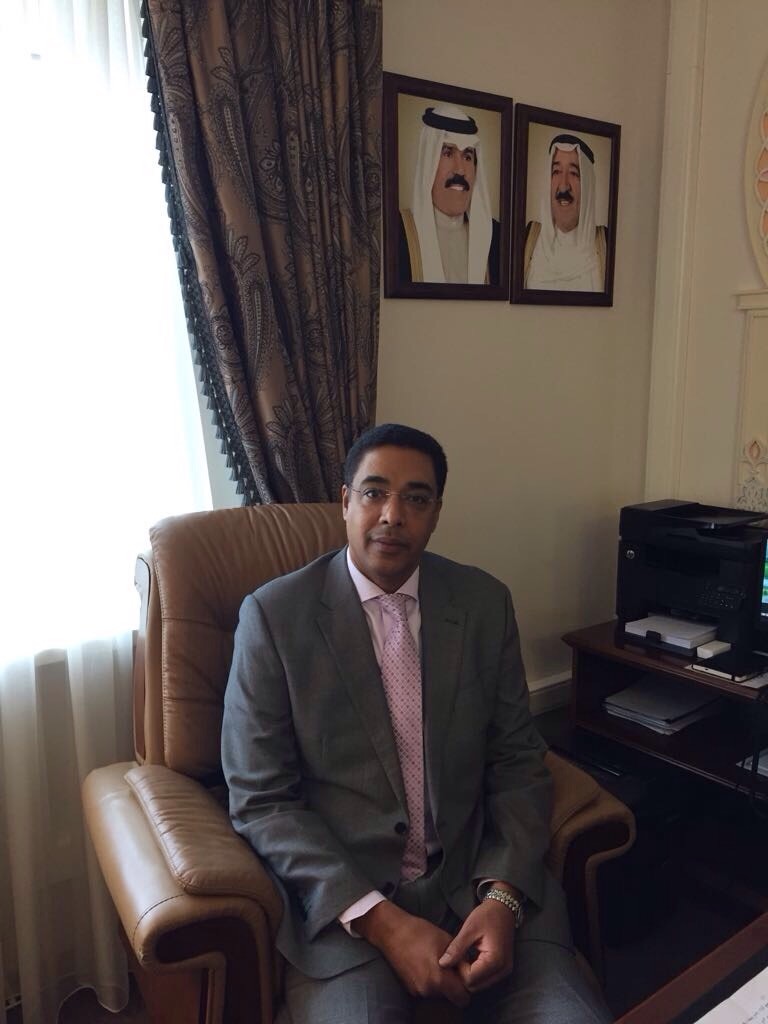 Kazakh President Nursultan Nazarbayev’s official visit to Kuwait in 1997 was one of the most important events in bilateral relations, he said.

“As a result of this visit, the agreement on trade and economic cooperation, the agreement on the promotion and mutual protection of investments and the memorandum on consultations between the Ministries of Foreign Affairs of the two countries were signed.” he said.

Kuwait also issued a grant to construct the Kazakh Agriculture Ministry building and loan for the water supply project to the Aral Sea region and the Kazakh-Kuwaiti intergovernmental commission on trade-economic, cultural and humanitarian cooperation was established.

“The committee held meetings three times, two times in Kazakhstan and one meeting in Kuwait. Next year, we will meet for the fourth time. We signed a visa and tourism agreement, we will sign a double taxation avoidance agreement next year and we are now willing to sign new agreements,” said Al-Faraj.

The trade between countries reached $284.1 million, with exports totalling $260.9 million in 2015. Private sector investment is a promising area of cooperation between the countries.

“Kuwaiti investors started to come to the country in 2006. One of the biggest private investors is the Americana Group (Kuwait Food Company), which brought franchises including Costa and KFC. Now, we have the Shine Company that is just entering the Kazakh market and brought a Starbucks franchise,” he said.

“Now, we are negotiating with the Kazakh government regarding the cargo air service agreement. We plan to sign it at the end of this year. We started exporting lamb from Kazakhstan and we hope we will have more investment opportunities in the future. It’s great that Kazakhstan proposes many opportunities for foreign businesses to come here. A lot of things are done for the protection of the investors, especially in agriculture, oil fields and gas. The Islamic Organisation for Food Security also started to operate in the country and it’s very important. My priority is to find ways to strengthen relations between the two countries,” he added.

A number of joint interests exist between the countries and Kazakhstan is doing many things for its region, as well as Kuwait, said Al-Faraj. He specifically mentioned establishing the International Atomic Energy Agency (IAEA) Low Enriched Uranium (LEU) Bank.

“Kuwait, as well as Kazakhstan, has an overall vision that nuclear energy should be used only for peaceful purposes. Therefore, Kuwait became one of the first donor countries to support the project and allocated $10 million. We believe that the LEU facility will benefit all countries. The establishment of this bank will prevent the use of nuclear fuel by other countries and will always be under the auspices of the international community,” he said.

Al-Faraj noted Kazakhstan has served the entire global community and provided an opportunity to prevent any negative use of nuclear fuel.

“We express gratitude to Kazakhstan for hosting the first Organisation of Islamic Cooperation (OIC) Summit on Science and Technology. The summit can be described as an exceptional one. It opened great horizons and prospects for all OIC countries. It gathered leading scientists and experts who participated in discussions and important steps were taken in this direction,” he said.

He also spoke enthusiastically about EXPO 2017.

“I’ve been to many places and visited other exhibitions, but the expo in Astana was totally different. I’ve never seen such good organisation and wonderful buildings. To me, it’s really one of the best organised expos I have ever seen, especially the national pavilion of Kazakhstan. It is something really unique and different. This expo was totally not like the others,” he said.