ASTANA – The first batch of Russian crude oil was pumped through Kazakhstan to Uzbekistan by KazTransOil Nov. 16. Such cooperation is possible due to the energy sector cooperation agreement signed by the Kazakh and Uzbek governments in September. 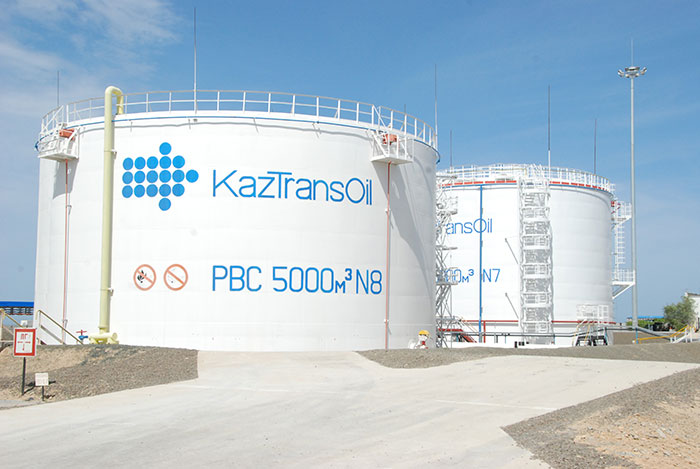 “The beginning of the transit of Russian oil to Uzbekistan is an important event for KazTransOil and for Kazakhstan in terms of increasing the attractiveness of the country’s transit potential. From the standpoint of technical readiness, we have been ready to transport additional volumes of oil by this route for a long time. Oil will be pumped through the pipeline system to the Shagyr oil loading station, where it will be shipped to railway tanks and then transported by rail to Uzbekistan according to oil supply schedules,” KazTransOil General Director Dimash Dosanov said.

“The volume of transit in November will be 30,000 tonnes. It is planned to transport up to 80,000 tonnes of crude oil using this route by the end of the year,” he added.

KazTransOil aims to develop, integrate and enhance the reliability of Kazakhstan’s main pipeline network; build new oil transportation facilities; increase the company’s competitiveness; and create the necessary contractual base to ensure oil transportation across the territories of transit countries. It has established partnership relations with Russian, Ukrainian, Belarussian and Azerbaijani companies to transit Kazakh oil.

KazTransOil is Kazakhstan’s largest oil pipeline company and transports oil for the domestic market and for export. Oil transportation via the main oil pipelines is ensured by 37 oil pumping stations, 64 oil pre-heaters and tank farm for oil storage with an overall volume of 1,414,200 cubic metres. Oil transhipment is performed by four loading-unloading railroad racks and oil loading facilities installed at five piers at the oil loading terminal of the Aktau international seaport.