By Danat Islambek in Central Asia on 30 November 2017 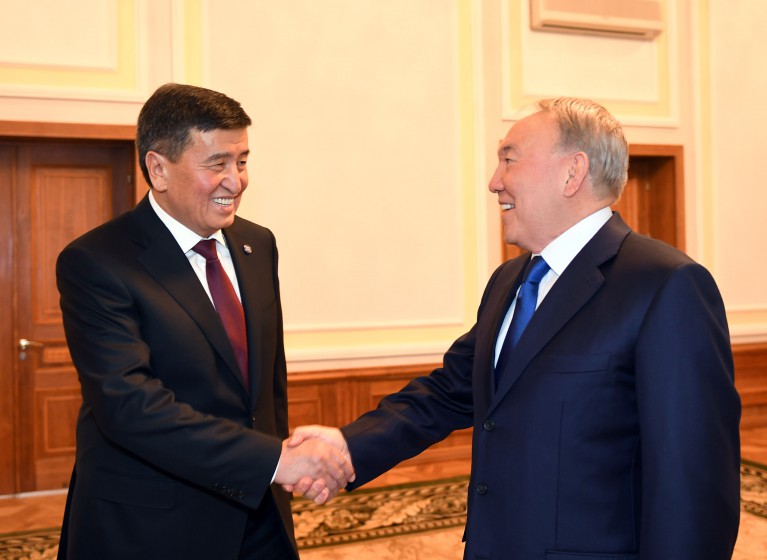 In October, Kazakhstan enforced strict controls on freight vehicles at the Kyrgyz border. The restrictions did not affect personal travel or empty cargo vehicles. Kazakh customs authorities imposed the restrictions citing Bishkek’s reluctance to resolve issues with customs and tax administration, transport control and violations of Eurasian Economic Union (EAEU) requirements for safety of products. According to some estimates, those violations cost EAEU member states approximately $2 billion in lost customs duties and VAT revenues over the last three years.

The loosening of the increased regulations was the result of Kyrgyzstan agreeing to a 41-point roadmap regulating transport, phytosanitary and veterinary control and customs and tax administration, which was drafted after the restrictions were imposed. It was not signed, as planned in late October, and, according to Nazarbayev, the working groups of the two governments will update it and prepare it for signature shortly. Kazakhstan, Kyrgyzstan and EAEU representatives will govern enforcement of the roadmap at the Kazakh-Kyrgyz border, Nazarbayev said following the meeting held on the sidelines of the Collective Security Treaty Organisation Summit in the Belarusian capital. He added that “it is expedient to establish a similar procedure at the Kyrgyz-Chinese border.”

“It is necessary to restore family and brotherly relations between the two countries. It is in the interests of our peoples. This is the desire of our peoples,” Nazarbayev said, according to a report of the meeting by the Akorda press service.

Jeenbekov, who requested the meeting, said he asked Nazarbayev to lift the restrictions and that he (the Kyrgyz President) “will take personal responsibility for [ensuring] the order at the border.”

Also during the meeting, Nazarbayev congratulated Jeenbekov on winning the Oct. 15 election and invited him on an official visit to Astana, according to an Akorda press report.