By Aigerim Bulambayeva in Business on 1 November 2017 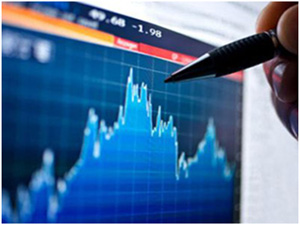 Although Kazakhstan’s overall rating dropped from its record high last year, the country was rated first among the 190 countries considered in “Protecting Minority Investors.” The position is due to the policy reform undertaken this year. The nation strengthened minority investor protections by increasing rights and roles of shareholders in major corporate decisions and clarifying ownership and control structures, as well as requiring greater corporate transparency and providing greater access to corporate information during trial.

Another significant improvement was observed in “Registering Property” where Kazakhstan is now ranked 17th. Kazakhstan’s business reforms made it easier to transfer a property by improving transparency and the land administration system’s dispute resolution mechanisms.

Several areas must be improved for the nation to provide additional benefits while doing business. One vulnerable area is trading across borders, where Kazakhstan’s 2018 rating is 123rd. An explanation for this is border compliance measured in time to be exported. In Kazakhstan, the indicator is 133 hours in contrast to 12.7 hours in high income Organisation for Economic Co-operation and Development (OECD) countries.

Beginning in 2014, the World Bank rating has been calculated based on the DTF measure – the distance of each economy to the “frontier,” which represents the best performance observed on each indicator across all economies since the 2005 Doing Business sample. An economy’s DTF ranges on a scale from 0-100 with 0 representing the lowest performance and 100 representing the frontier.

New Zealand and Singapore once again presented the best results, with DTF measured at 86.55 and 84.57, respectively.

Compiled for the 15th year, the Doing Business report examines regulatory standards that either facilitate or hinder the development of business throughout the entire cycle of activities. It assesses aspects of doing business as such starting a business, dealing with construction permits, getting electricity, registering property, getting credit, protecting minority investors, trading across borders, paying taxes, enforcing contracts and resolving insolvency.