ASTANA – The capital is serving as the host Nov. 14-17 for the South-South Development Exchange on Economic Diversification and Industrialisation in Africa symposium in line with the United Nations Sustainable Development Goals. The event gathered high-level participants from 43 African governments and research centres as well as representatives from Eastern Europe and Kazakhstan to seek development solutions to transform African economies. 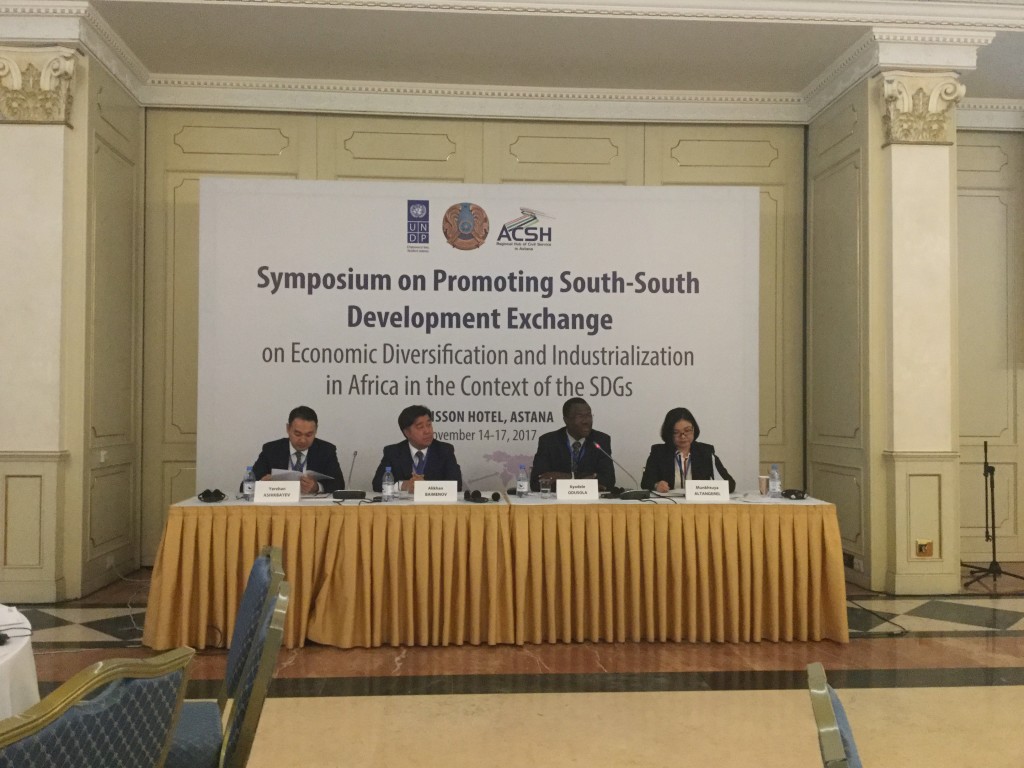 The continent has witnessed unprecedented growth during the past ten years, becoming the second fastest growing region in the world. African economies, however, remain primarily poorly developed and lack diversification. Their traditional dependence on raw materials witnessed a price collapse in 2015, with economic growth slowing to 3 percent serving as an impeding factor.

The symposium, organised by the UN Development Programme (UNDP) office in Kazakhstan, is drawing attention to the need to exchange development practices, a critical factor to accomplish the UN Sustainable Development Goals promoting comprehensive development both within the South-South and Triangular (South-South-North) frameworks.

Kazakhstan has been an active participant in South-South cooperation, according to Kazakh Deputy Foreign Minister Yerzhan Ashikbayev, offering its expertise in areas such as mining, agriculture, sustainable energy, international technology and oil and gas industries.

He noted the symposium’s objectives correspond to the Kazakh policy for its 2017-2018 term as a non-permanent member of the UN Security Council.

“This document outlines seven major priorities designed to foster unity, trust and equal partnership and as part of our commitment to promote international peace and security, one of the priorities aims at sustaining security and stability in Africa,” he said.

It also contributes to boosting the Kazakh-African partnership, including improving capacity building and strengthening regional dialogue.

“Because we are on a development learning course, Kazakhstan is ready to share its own experience and learn from success stories of other nations, including in Africa,” he added. 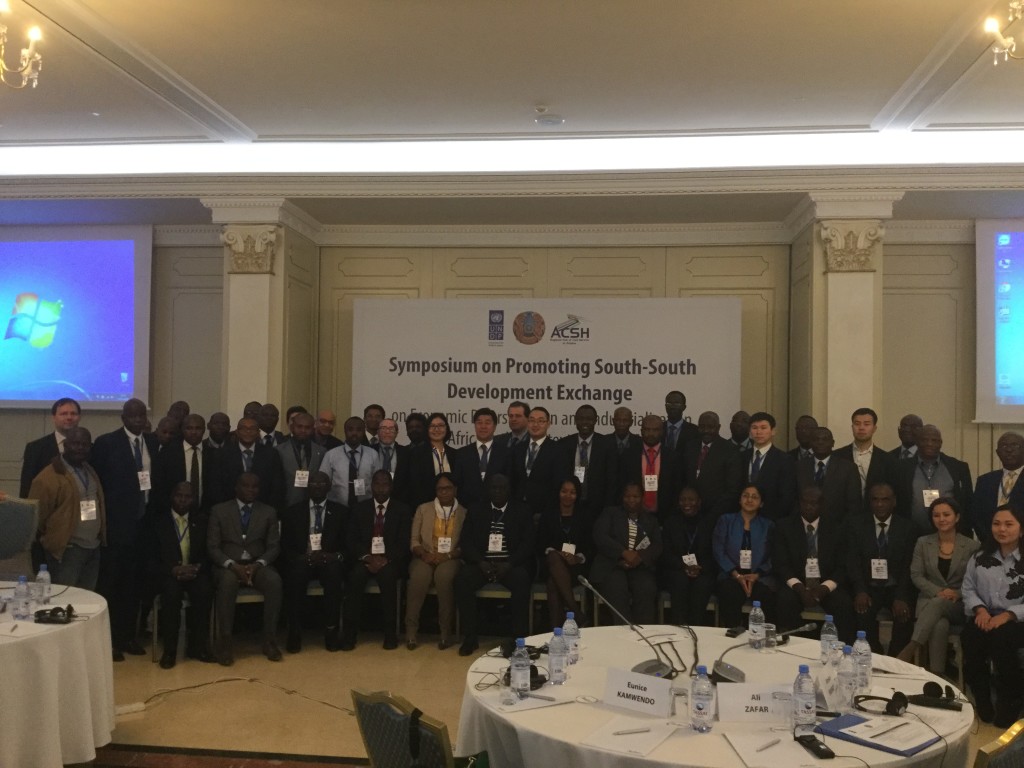 “One thing that is very clear to us as a key partner with the Kazakh government is that South-South cooperation has become an effective strategy of development solutions in developing countries, especially in Africa. We feel it is quite important for us to move this issue of South-South cooperation to the next level,” he noted.

Odusola added statistics indicate Africa will contribute 54 percent of the total population growth expected worldwide by 2050 and 82 percent by 2100, which, in turn, requires consolidating efforts.

“There are a number of lessons and experiences that can be shared between Kazakhstan and many African countries, essentially in the areas where Kazakhstan is doing very well when it comes to the issues of industrialisation and mechanised agriculture,” he told The Astana Times.

The sides, however, should focus more on technical aspects and transferring technology, knowledge and ideas, he said.

“The beauty of it is that Kazakhstan and many African countries have similarities in the structure of economy and because of this the experience is similar. What they need to do is just to contextualise for the African economies to be able to make sure that the exchange of ideas really transforms into development solutions,” he noted.

Yet the challenges are there, as the African continent is comprised of 55 countries with differences that need to be addressed.