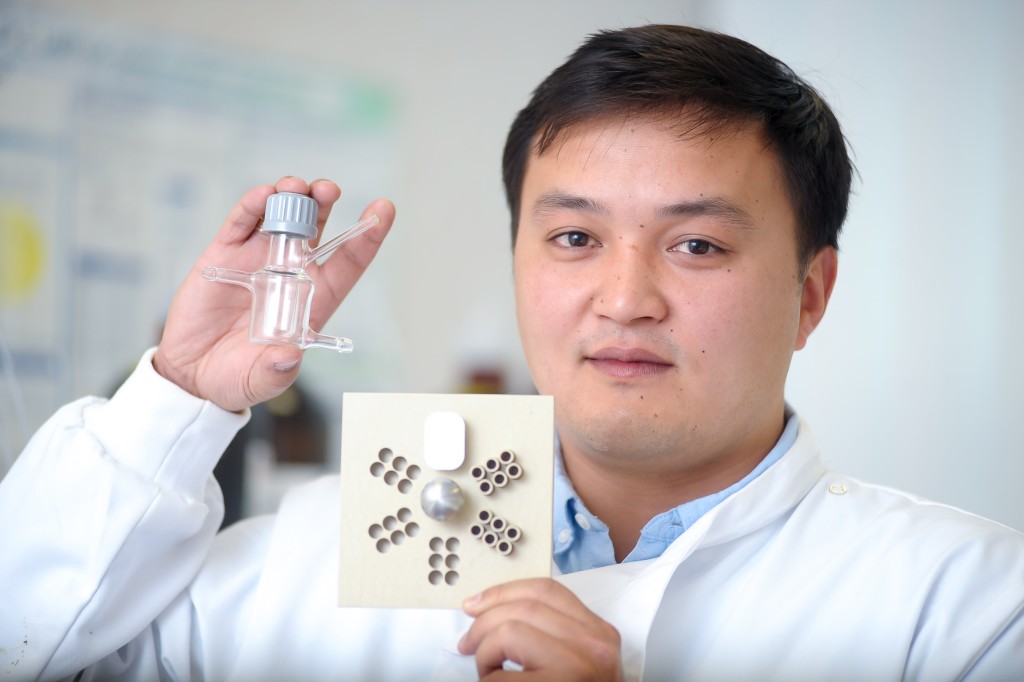 “The device allows us to speed up the development process of our patches by 5-10 times and this is our competitive advantage. For example, big pharmaceutical companies spend a year on patch development, while we need two-three months,” said Nurumbetov in an interview with The Astana Times.

The new device is an improved, miniaturised and multiplexed version of a Franz cell – an appliance commonly used to test transdermal drugs. It allows Medherant to test 108 formulations of a drug per day, compared to about 12 in the same period with traditional Franz cells, according to company’s press release.

The diffusion cell is made of chemically-resistant engineering plastic similar to that used on Formula 1 cars. The team needed nearly three months to create the device, making two prototypes before the third became fully operational. 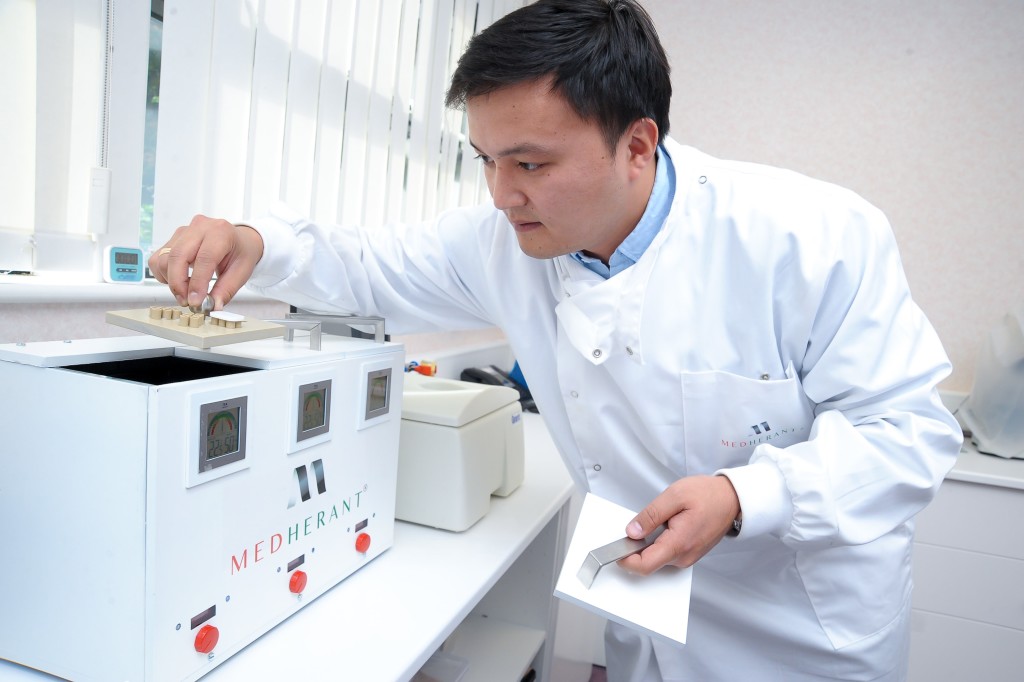 Medherant is a creator of the TEPI Patch, a thin, flexible adhesive patch that can consistently deliver a steady, targeted, high dose of many different types of drugs through the skin. Depending on the requirements for a particular therapy, the patch may be designed to deliver a drug for 12, 24 or 72 hours, or even longer. The company also uses its innovative patches to develop a variety of products to treat pain, including ibuprofen and lidocaine. It plans to license the products for launch onto the global marketplace, following successful clinical trials and regulatory approval, in the next two-three years.

“Nurumbetov’s high-throughput device is at the core of Medherant’s sector-leading R&D capabilities and has enabled the company to test over 50 drugs for compatibility in their TEPI Patch adhesive polymers over a 24-month period – a feat which would have been unachievable with a small team without his innovation,” reads the press release. 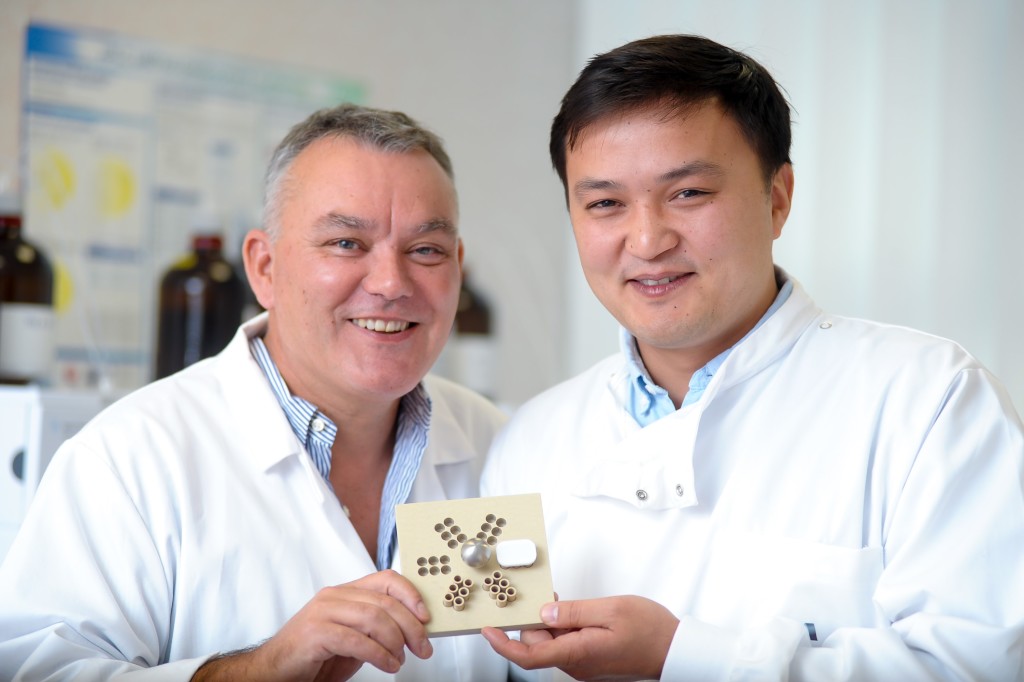 Shymkent-born Nurumbetov graduated from Kazakh-British Technical University, then continuing for eight years at the University of Warwick in Coventry, England, to complete a Ph.D. in Polymer Chemistry. He worked closely with Professors Stefan Bon and David Haddleton. After completing his degree, he was employed as a researcher in Haddleton’s group, working on improving polymerisation performance for industrial partners.

“Having graduated from Kazakh-British Technical University in 2009, I was keen to continue studies in one of the leading global universities. My application seemed interesting to Professor Bon at the University of Warwick. Following a successful interview, he offered me the opportunity of becoming a Ph.D. student within his group,” said Nurumbetov.

“Being a member of the Bon Lab for three years and the Haddleton Group as a postdoctoral researcher for two and a-half years, I had a chance to broaden my knowledge and learn how to apply it to real-life applications,” he added.

Nurumbetov and Haddleton were both interested in using novel polymers for developing adhesive technologies for application to medical patches. In 2015, Haddleton founded Medherant with Nurumbetov being the founding scientist and this year becoming the company’s principal scientist.

“The transition from the academic environment to Medherant was challenging, but it has been a very exciting experience. As a member of a spin-out company, you always need to consider some aspects of everyday routine which you have never thought of as a researcher in academic laboratories. Parameters such as costs of chemicals, energy consumption, waste disposal and laboratory supply have become an everyday part of the equation,” said Nurumbetov.

“The interesting part is that you are encouraged to increase the company’s productivity by improving conventional processes and instruments. That is how Medherant’s high-throughput diffusion test system was designed. After a couple of experiments with the traditional Franz cell, we spotted an opportunity to invent a device that allowed us to increase the speed of our product testing by up to ten times – simultaneously reducing the cost of our operations,” he added.