By Aigerim Seisembayeva in International on 11 November 2017

ASTANA – A number of interstate, intergovernmental, regional and commercial documents were signed Nov. 9 at the 14th Forum of Interregional Cooperation between Kazakhstan and Russia in Chelyabinsk. Visiting Kazakh President Nursultan Nazarbayev and his Russian counterpart Vladimir Putin also signed a joint statement devoted to the 25th anniversary of diplomatic relations between the two states (Oct. 22, 1992). 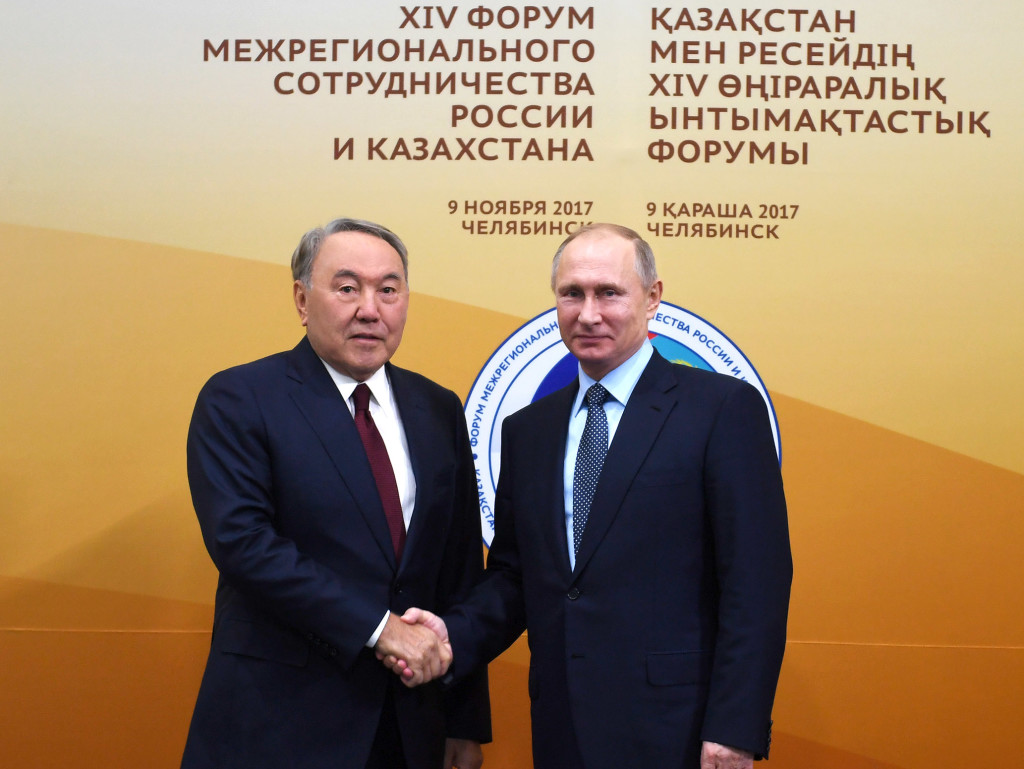 “Our interregional cooperation is the basis of economic interaction, which, despite all the difficulties, is growing. In the past nine months, our trade turnover grew 31 percent. Our every meeting is a new milestone and [provides] a solution to some of the biggest challenges. Today’s meeting will also be of great importance for developing cooperation,” Nazarbayev said during a bilateral meeting with Putin prior to the forum.

The forum, which was devoted to human capital development, gathered the heads of the two countries’ regions, ministries and departments, as well as business executives, scientists and education experts.

Nazarbayev told the gathering that changes in the labour environment resulting from technology will be an important bilateral issue in the near term.

“Experts forecast that by 2030, about 60 professions in various spheres will vanish, and more than 180 new ones will emerge. According to the Human Development Report, in the next five years, more than a third of knowledge and skills necessary for work will change. This is a serious challenge, and its solution should become one of our cooperation’s top priorities,” he said, adding that it is important to develop human capital in education, health and social protection. 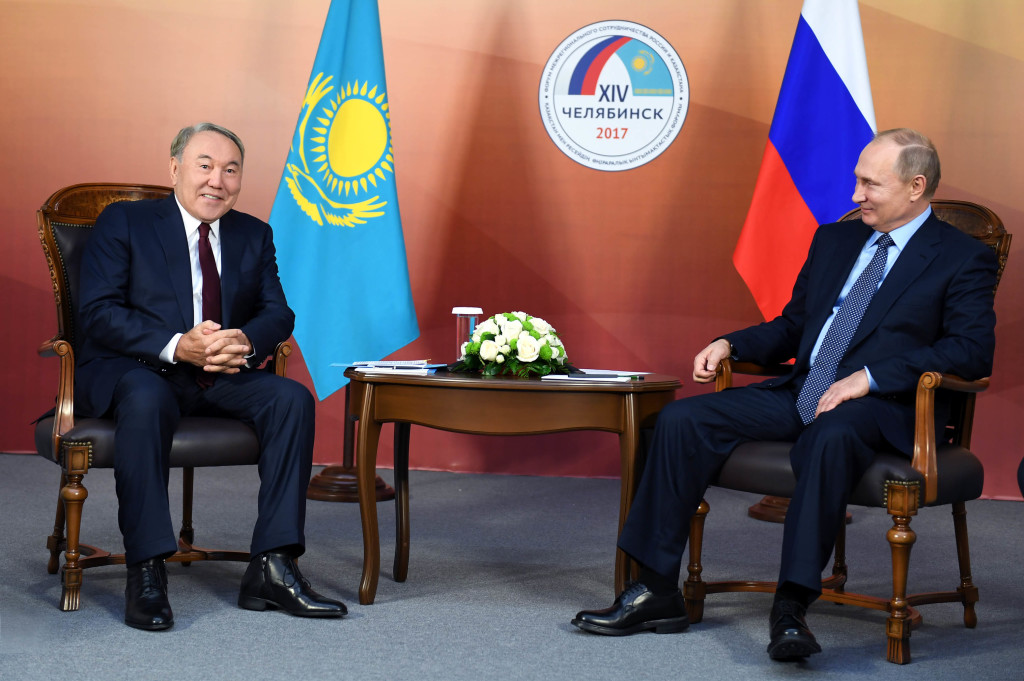 “To date, more than 30 Kazakh universities conduct joint scientific research with Russian universities. I propose to create Kazakh-Russian scientific consortiums in promising areas, such as biological and information technologies, energy and space, to name a few,” said Nazarbayev.

He highlighted the possibility of using the potential of such innovative clusters as the Nazarbayev University, the Park of Innovative Technologies in Almaty, the Skolkovo Centre in Russia and other research institutions. He also mentioned the Astana International Financial Centre, the International IT-startup hub and the International Centre for Green Technologies and Investments – the institutions currently being developed on the grounds of recently completed EXPO 2017.

Nazarbayev also considered the possibility of opening branches of Russian universities in Kazakh regions with an increased demand for educational services.

“The work on digitisation has started within the EAEU [Eurasian Economic Union]. I suggested holding a special EAEU forum on digitisation in Astana in the first quarter of next year. Kazakhstan and Russia should become locomotives in this sphere,” he said.

In terms of labour market and social protection, the Kazakh President noted the dependence of labour mobility on the citizens’ awareness about the demand and supply in the labour market.

“We need to work out the mechanism of creating a single integrated Eurasian electronic labour exchange,” he said.

Nazarbayev also said tourism had not been previously discussed at an interregional forum. He thus proposed to devote the next forum to the topic of “New approaches and trends in tourism development in Kazakhstan and Russia” and to conduct it in Kazakhstan, in the city of Petropavl in 2018.

He also noted both countries support the China-Kazakhstan-Russia-Europe high-speed railway project, which will positively influence cooperation between the two countries.

Putin supported many of Nazarbayev’s statements, noting Kazakhstan and Russia are strategic partners. He particularly highlighted Kazakhstan’s contribution to the settlement of the Syrian conflict within the Astana Process.

“Largely thanks to the Astana talks, there appeared an opportunity to find an early resolution to the Syrian crisis and for Syrians to reach agreements on launching a political settlement process,” he said.

Speaking about the forum, Putin noted interregional cooperation is developing successfully and covers a wide range of economic, social and humanitarian issues.

“The regions of our two countries are cooperating very closely. About 400 agreements on cooperation already exist between the regions of Russia and Kazakhstan… A comprehensive programme of Russian-Kazakh interregional cooperation for 2018-2023 has been elaborated for the forum. The document is aimed at enhancing the regions’ interaction even more. Priority will be given to trade, economic and investment cooperation,” he said.

He emphasised that it was due to the business initiatives of Kazakh and Russian regions that mutual trade has grown considerably since the beginning of this year. In January-August 2017, mutual deliveries of goods and services reached $11 billion, a 30 -percent increase compared to the same period last year.

“The accumulated Russian investments in Kazakhstan exceeded $10.8 billion, and Kazakhstan’s investment to Russia reached $3 billion. We must not stop here, that is why we instructed our governments and the intergovernmental commission to take additional measures to remove barriers to the movement of goods, capital and labour,” said the Russian President.

Regarding the digitisation issue, Putin expressed hope that the forum would help establish interregional cooperation in the introduction of electronic services and products in municipal administrations, housing and communal services modernisation, healthcare and environmental protection.