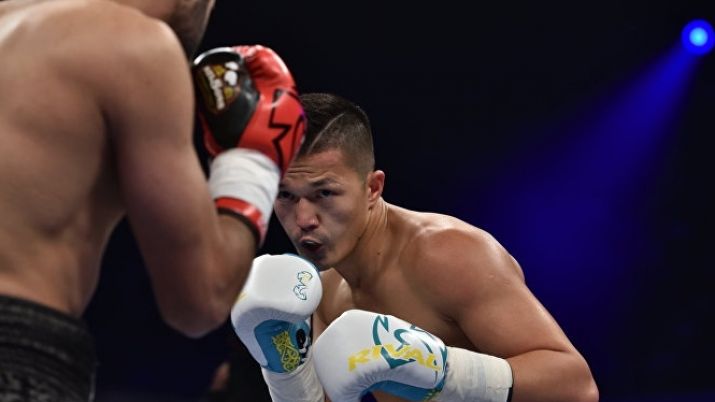 The pair appeared on the undercard of the battle between Daniel Jacobs (33-2, 29 KOs) and Luis Arias (18-1, 9 KOs). The fight was scheduled as a six-rounder, but Niyazov defeated Mauras with a TKO in the fifth, preserving his undefeated status.

“I’ve had a good fight and I want to continue to shine. I want a big fight to make a name for myself. Big things are ahead, watch out!” said Niyazov in an interview with Hit First Boxing.

Unlike many boxers, Niyazov has another job as a New York police officer assigned to  Brooklyn. He trains in the morning under the guidance of Ismat Niyazov, his father and one of his coaches.

“The opponent was strong and very stubborn. He had very good technique. I could see that he was well prepared for the battle. Thanks to my coaches and their good tips on technique, I was able to find the right moment and knocked him out,” he said.

Niyazov faced some difficulties before the recent test.

“I train after work. It is difficult for me, because at night I work at the police station. There is very little time. I was sick for five-six days before the fight. I prayed and recovered in a couple of days. I dedicated this fight to all my fans from Kazakhstan and the USA, to all my police fans who came to see my fight, to support me. Thank you all very much,” he said.

Niyazov is a professional in law enforcement and the ring and despite his young age, succeeds in both areas. He is a U.S. citizen who competes in the lightweight division and is 31st in the American Boxrec ranking.