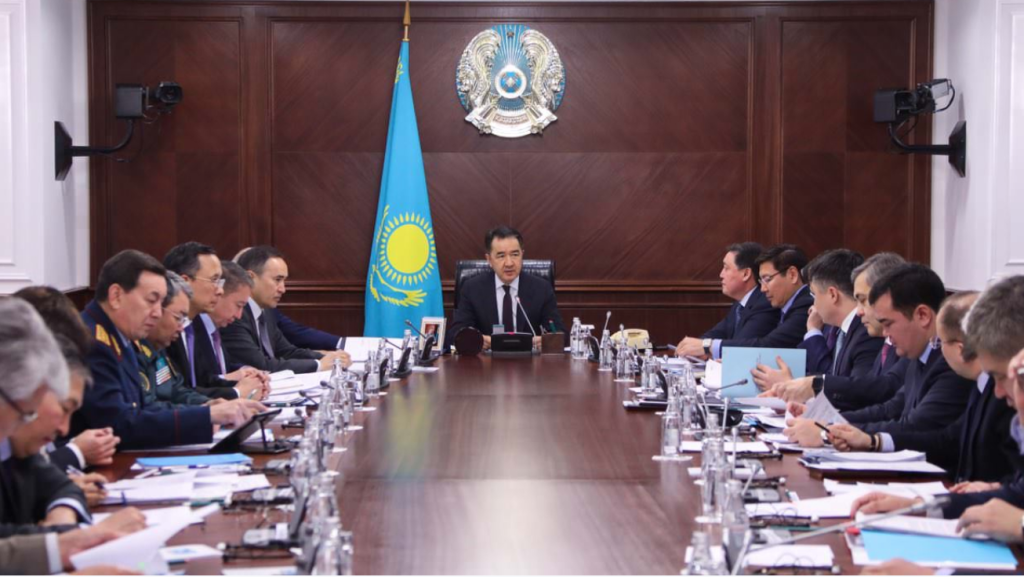 The project envisions annual economic growth in a 4.5-5 percent corridor eventually bringing Kazakhstan’s GDP per capita up to $46,100 by 2025.

Kazakhstan maintained 4.3 percent economic growth between January and September, while its GDP per capita was estimated at $7,510 in 2016, according to a World Bank report.

First is productivity growth in existing industries, which, according to the minister, can be fostered through an increase in operation efficiency, reduction in costs for production, transportation and sale, investment in technological modernisation and digitalisation and transition to green economy.

Strengthening and expanding export-oriented production is the second driver, said Suleimenov. That driver includes a focus on goods and services with high added value as well as integration in global supply chains.

Development of new highly efficient industries, which has already been on the nation’s agenda, includes the creation of new supply chains and services around the existing industries, transfer and localisation of technology and commercialisation of innovations.

The Strategic Development Plan is a very important document, according to Kazakh Prime Minister Bakytzhan Sagintayev, developed in line with this year’s state-of-the-nation address of Kazakh President Nursultan Nazarbayev.

“The document entails the creation of a new economic growth model and improving well-being of people. It is also meant to foster the implementation of the country’s key strategic document,  Kazakhstan 2050, with a goal to enter the world’s 30 most competitive countries. Therefore, we need to properly explain the essence of the document to the public,” he said addressing the government.

The new model will require changes both in the economy and society, according to Suleimenov, which include a focus on production and industry, technology-oriented population, companies and industries, fair competition and prevailing role of private sector.

Head of Talap Centre for Applied Research and former vice minister for investment and development Rakhim Oshakbayev noted it was the first time the document of such strategic importance involved the expert community.

“As I remember, it is the first time the document of such great importance was developed with broad expertise support. Nearly 80 experts attended the discussions and were involved in the development of the document. In general, it raises no questions,” added Oshakbayev.