ASTANA – Yesset Kuanov won a gold medal in the up to 62 kilogrammes (kg) weight category at the World Sambo Championship in Sochi, reported Tass.ru. The event, held Nov. 9-13, gathered athletes from 93 countries. 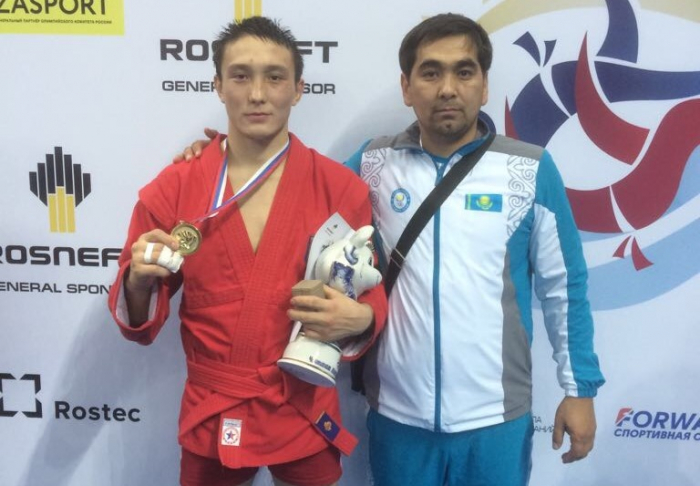 “In the weight category up to 62 kilogrammes the winner is Kazakh athlete Yesset Kuanov, who won in the finals over Russian Aslan Mudranov. The bronzes go to Vae Tutkhalyan from Belarus and Georgian Tornike Chovelidze,” it noted.

Russian Daniil Voevodin (up to 68 kg) won the gold by defeating Vachik Vardanyan from Armenia. The bronze winners were Nurgeldi Kiyalbekov (Kazakhstan) and Antoine Lefevre (France).

Sambo, a Soviet martial arts and combat sport, was developed by the Red Army in the early 1920s to improve hand-to-hand combat abilities. It merges the most effective techniques of other martial arts.

“Under the leadership of Sambo’s forefathers Oshchepkov, Spiridinov and Kharlampiev, indigenous fighting styles from regions including Japan, China, Mongolia, India, Africa, Europe, North America, the Caucasus and Russia were studied and blended into what is now known as Sambo. After generations of civilian and military refinement, Sambo has evolved into an extremely formidable fighting art with principles applicable to martial artists of any style. Sambo’s arsenal includes, but is not limited to, strikes, joint locks, chokes, throws, ground fighting and weapons. Like all fighting systems, Sambo continues to grow and evolve in both its sport and combat variants,” according to online sources.