ASTANA – Chairman of the Agency for Civil Service and Anti-Corruption Kairat Kozhamzharov briefed Kazakh President Nursultan Nazarbayev on the agency’s activities for the last 10 months, including efforts to carry out anticorruption policies, according to Akorda’s press service. 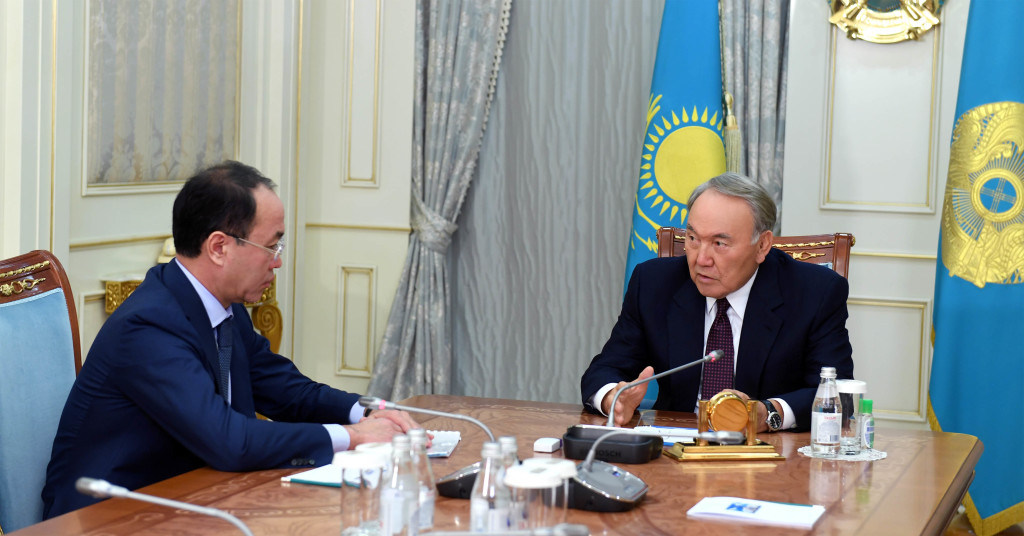 “For 10 months of the current year, 3,400 criminal cases have been opened, of which 1,000 cases were passed to the courts. Out of 15 billion tenge (US$45 million) of the inflicted damage, 11 billion tenge (US$33 million) has been returned to the state. Seized property amounted to more than 7 billion tenge (US$21 million),” said the chairman of the agency.

Nazarbayev talked about the importance of society developing an intolerance for corruption.

“When adopting the law on combating corruption, I addressed everyone, stating that there are no mercy rules for anyone, and no one could escape punishment if he committed corruption crimes. Over recent years, a lot of work has been done concerning the issue,” he said.

He added that all officials are required to save the allocated funds and use them only for the intended purpose.

“State money is the money of the people. And work to combat violations and corruption should be properly managed and continue,” he added.

The Kazakh leader has also stressed the need for rational and transparent use of public funds, as well as gave a number of specific instructions.

“Our task is to ensure effective counteraction to corruption in all directions. This includes the social area, agriculture, construction issues, extractive industries, financial and quasi-public sectors, law enforcement, judicial bodies and other spheres,” Kozhamzharov told his staff.

The priority task is to unmask the entire criminal chain, from executors to organisers.

“The President of the country has set the task of strictly suppressing corruption by anyone,” Kozhamzharov said.

Particular attention is focused on ensuring the economic security of the state.

In this aspect, the agency is instructed to strengthen work on monitoring the targeted spending of budget funds.