ASTANA – More than 20 foreign journalists toured around Astana, Almaty, Shymkent and Turkestan as part of a week-long press tour initiated by Foreign Ministry and Ministry of Culture and Sports. The press tour aimed to help the journalists get a broad view of Kazakhstan’s cultural diversity and potential. 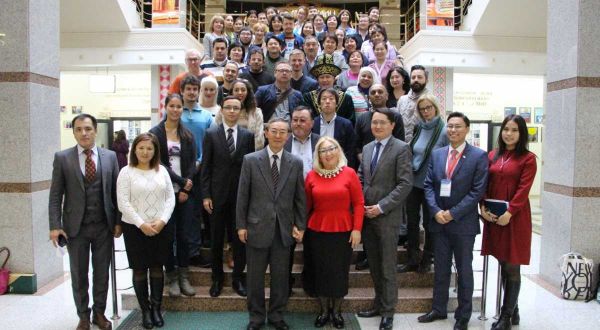 “The Kazakh Foreign Ministry arranges press tours for foreign journalists to cover political and economic events in Kazakhstan on a regular basis. The current press tour within the ‘Contemporary Kazakh culture in the global world’ project, the first of its kind, is also designed to enhance tourism development and Kazakhstan’s overall positive image as a dynamically developing nation,” reported the ministry’s press service.

The tour also included the visits to Otrar, the ancient city, Arystan Bab and Khoja Ahmed Yassawi mausoleums and the Azret Sultan State Historical and Cultural Museum-Reserve in the South Kazakhstan region.

The journalists were also exposed to Kazakh contemporary art at the Kasteyev State Museum and visited the Platforma Theatre Centre, the Multimedia Centre for Traditional Music, the Qazaq-Oner Crafts Centre and met with aspiring young poets in Almaty.