By Zhanna Shayakhmetova in International on 13 November 2017

ASTANA – The issues of Kazakhstan’s identity relating to how it sees itself, its future and its place in the world are drawing increased interest among scholars both within the country and worldwide.

Is Kazakhstan part of Asia? Or is it part of Europe? Or, perhaps, is it the embodiment of Eurasia, whatever that may mean? The questions like these have been raised at least since the world’s ninth largest country, straddling both Asia and Europe, became independent in 1991. But they came into much sharper focus when President Nursultan Nazarbayev published a programme article last April, titled “Course towards the future: modernisation of Kazakhstan’s identity.”

A recent report “Kazakhstan in Europe: Why Not?” authored by Stockholm-based Institute for Security and Development Policy (ISDP) Director Svante Cornell and Swedish Defence Research Agency analyst and ISDP non-resident senior fellow Johan Engvall discusses the country’s place in the European context and its relation with the European Union (EU) institutions stressing the European features prevailing in Kazakh society and government.

The report defines Kazakhstan as a secular state with a civic conception of the nation based on an inclusive, citizenship-based understanding of membership in the national community.

In a Nov. 8 interview for this story, Cornell noted European integration is an important issue because the country is embarking on far-reaching reforms of its politics and economy – even of its identity.

“For Kazakhstan to reach its goals to be among the world’s 30 most developed states, it will require considerable development of the country’s institutions and governance,” he said.

Cornell added there is great potential for cooperation between Central Asia and the EU.

“Over time, the EU’s engagement in the region has grown, a trend that is continuing. There is a realisation of the importance of Central Asia both to international security and in terms of continental trade. Meanwhile, the reform efforts currently under way in Kazakhstan and Uzbekistan have caught the attention of European observers, countering a long-standing attitude towards the region in Europe that has been predominantly skeptical. The task will be for the EU to find appropriate mechanisms for its engagement in the region. The regular meetings at the foreign ministerial level are a good start, but it appears there is significant potential for the EU to be engaged on a more intensified level in the reform efforts currently underway,” he said.

Europe can also strengthen cooperation with the country both institutionally and bilaterally.

This is a timely report on a controversial topic for European audiences, said lecturer of the Institute of Diplomacy of the Public Administration Academy under the President of Kazakhstan Aliya Tskhay. 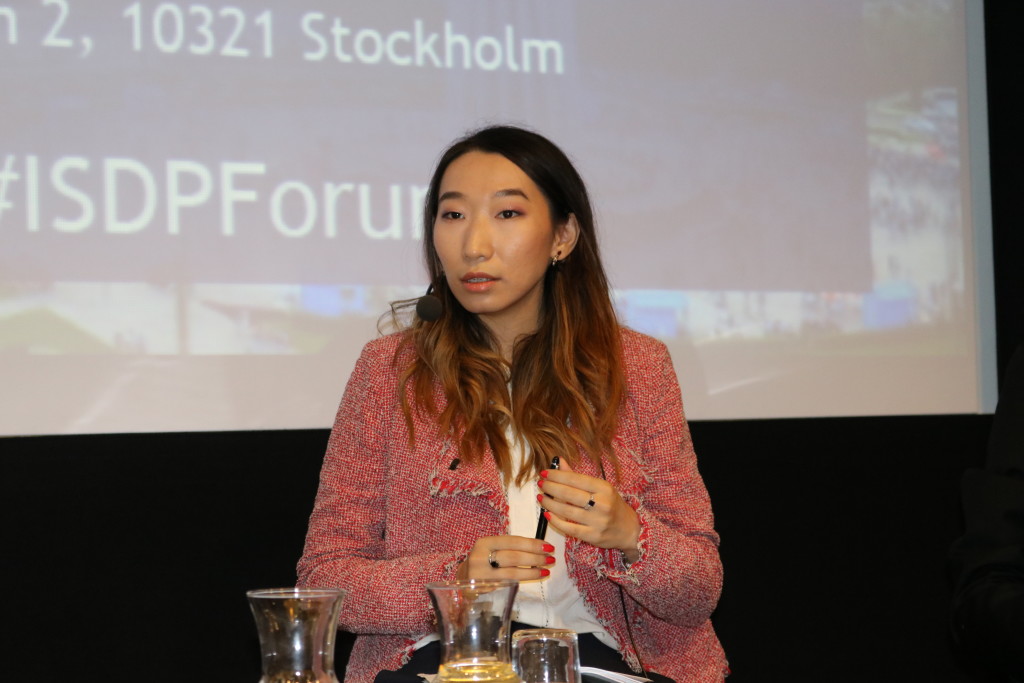 “Brexit and the rise of populism and ultra-nationalism in Europe have challenged the meaning of European values and essentially what Europe is today. Some 5,000 kilometres away, Kazakhstan is going through a period in its history when it is trying to find answers to similar questions –what values do we hold, who are we and where are we heading? Thus, such a comprehensive study of European identity in Kazakhstan and whether Kazakhstan could be considered as a European state challenges the traditional view on Kazakhstan as an Asian state. At the same time, Dr. Cornell and Dr. Engvall highlight the issues Kazakhstan has to overcome in order to engage more with the EU institutions, for instance with the Council of Europe,” she said.

Tskhay, who attended the presentation of the report in Stockholm in October, noted the uniqueness of the work as it covers all aspects of the country’s economy, politics, reforms and society and points out similarities with European states.

The report can also help professionals and researchers in their studies, as there is a vast amount of literature on Eurasian identity and only a few touch upon European identity.

“Analysts and policy makers in Europe and Kazakhstan can now start thinking about Kazakhstan as European and what it would mean. The EU institutions and states could think of designing new strategies and programmes to engage and bring Kazakhstan closer. On the other hand, Kazakhstan could think whether it wants to utilise the potential of cooperation with Europe on the basis of its European identity component,” she said.

Establishing its identity as an essential link between Asia and Europe gives Kazakhstan a certain place and role it could further exploit in its foreign relations.

“This is a unique feature of Kazakhstan that it can combine both Asian and European identities and define its own vision of this mix in the concept of Eurasian identity. Therefore, I think it is important to keep in mind that Kazakhstan’s closer relationship with the EU will also depend on the commitments towards the Eurasian Economic Union (EAEU). Therefore, in line with Kazakhstan’s bridge identity between Europe and Asia, the suggestion of President Nursultan Nazarbayev to develop cooperation between the EU and EAEU seems a rather plausible idea that could overcome many obstacles. Not only could this be a platform for a closer cooperation between two entities, but it could also bring together its member states,” she said.