Charity Bazaar to extend goodwill ahead of Christmas holidays

ASTANA – The Diplomatic Christmas Charity Bazaar, initiated by the Ambassadors’ Spouses Association (ASA), will gather the capital diplomatic community and city residents Dec. 3 from 11 a.m. till 6 p.m. for a shared moment of goodwill benefitting those in need through entrance fees, raffle tickets and sales. Celebrating its 10th anniversary, the event has become a tradition for the diplomatic corps, Heba Osman, ASA President and wife of the Egyptian ambassador, told The Astana Times. 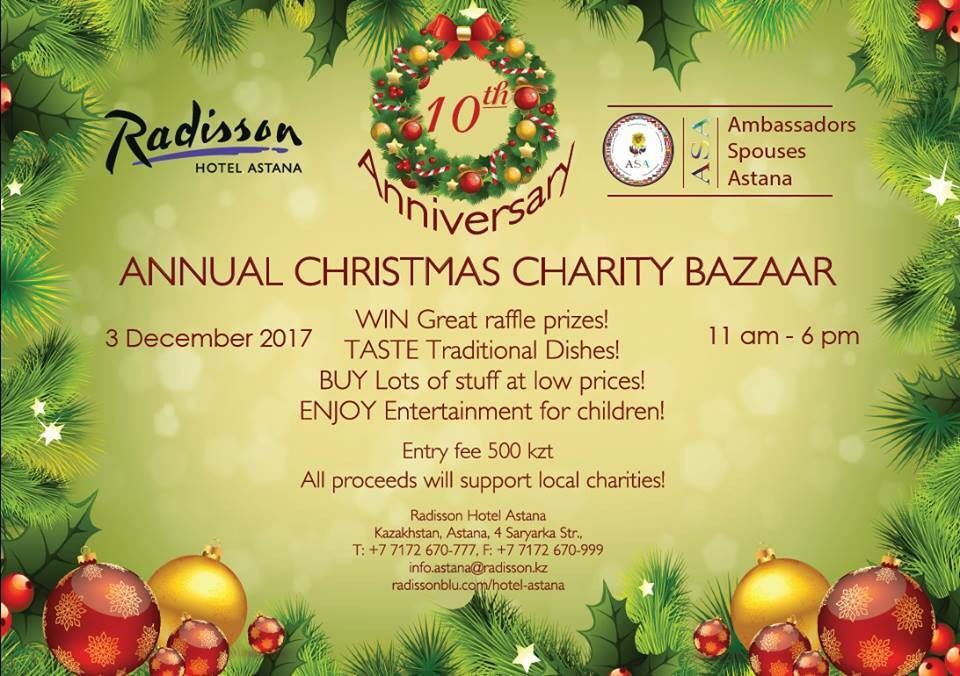 “Fifty-four countries are participating in the bazaar this year, shipping their national products all over the world especially for this event. All products will be available for sale at the bazaar at very reasonable prices, so that all visitors may find some unique and precious gifts for the upcoming holidays, meanwhile helping people in need, as all proceeds will go to support charitable projects in Kazakhstan,” she said.

The bazaar has grown in popularity and is attended by thousands every year. The Radisson Hotel has offered a bigger space this year for the convenience of visitors and contributors.

More than 30 spouses are involved in preparing for the event.

“We start our work on preparations for the bazaar in September and for proper organisation we divided ourselves into seven committees – floor plan, registration and communication, charity, sponsors, raffle, tombola and publicity,” she noted. 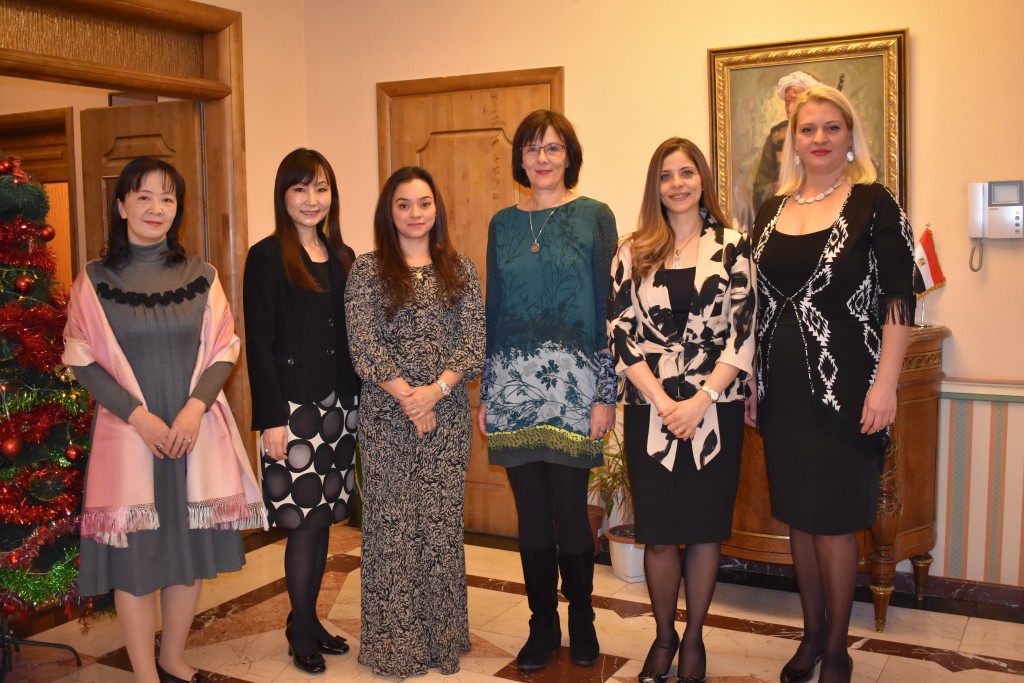 Raffle committee co-chairs Megumi Kawabata (wife of the Japanese ambassador) and Hitomi Shimomura (wife of the UNDP permanent representative) noted one of the main attractions is the grand lottery raffle. An important fundraising tool, this year it will feature many amazing grand prizes, including a mink coat, electronics, airline tickets to such destinations as Belarus, China, Egypt, Hungary, Italy, Macedonia, Poland, Ukraine and the United Arab Emirates, cruises through Estonia and down the Nile River and more than 100 other valuable prizes in addition to the embassies’ gift baskets.

Raffle tickets will be available Nov. 22-24 at the Radisson Hotel and Nov. 25-26 at Khan Shatyr Mall at a cost of 1,000 tenge (US$3) per ticket. They will be also available from 11 a.m. until the afternoon of the event or until they are sold out.

Sharifah Fadhlina, wife of the Malaysian ambassador and tombola committee chair, noted all bazaar visitors will be eligible to take part in the tombola lottery.

“It is an instant lottery with less valuable but pleasant gifts that all embassies kindly provide. We collected around 600 gifts to be drawn at tombola,” she said.

ASA receives numerous applications each year from organisations and individuals requesting help, but the assistance it can offer depends on the funds raised.

Committee members including Schmid and Zhanar Kulzhanova, wife of the Charge D’Affairs of the Portuguese Embassy, carefully study the applications and visit organisations for accurate evaluation. Even after the bazaar, they do not stop following up with the groups chosen for assistance.

Sponsors committee chair Slavica Psaltirov Brankovikj, wife of the Macedonian Ambassador, extended appreciation to all sponsors that provided their support this year.

“It is worth mentioning that the Astana Times and the ATOM Project contribute greatly every year and participate as grand sponsors of the Christmas Charity Bazaar. Last year, we received a beautiful painting by artist and honorary ambassador of the ATOM Project Karipbek Kuyukov as a donation,” she said.