AIFC, green tech centre and IT start-up hub to begin operating in 2018

By Aigerim Seisembayeva in Nation on 19 November 2017

ASTANA – The Astana International Financial Centre (AIFC), international centre for green technologies and international IT start-up hub are expected to begin operating on former EXPO 2017 premises in 2018. The news was announced during the EXPO 2017 legacy presentation to the diplomatic corps Nov. 15 at the Kazakh Foreign Ministry. 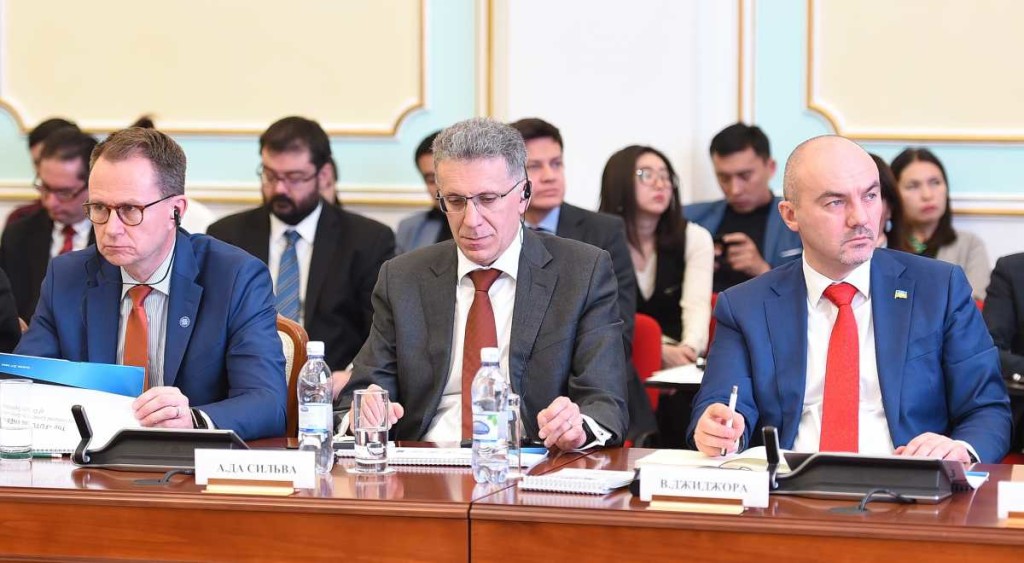 “The President of the Republic of Kazakhstan, Nursultan Nazarbayev, pays special attention to this issue. It is not by chance that the head of state’s speech at the closing ceremony of expo included him highlighting the plans for the launch of the Astana International Financial Centre, the international centre for green technologies and the international IT start-up hub,” said Kazakh Foreign Minister Kairat Abdrakhmanov to open the event.

AIFC, the first big project, was created at the President’s initiative and will operate according to the principles of English common law with a preferential tax regime, independent financial court, arbitration and regulator. It is intended to become a financial hub for Central Asia, the Eurasian Economic Union (EAEU), the Caucasus, Western China, Mongolia and Eastern Europe. The centre will develop the key areas of capital market, welfare management, private banking, Islamic finance and financial technologies.

The centre will consist of several components including the Astana International Exchange (AIX), which is being created with foreign partners including NASDAQ and the Shanghai Stock Exchange (SSE), the number three and four stock exchanges, respectively, in the world. SSE signed a shareholder agreement with the AIFC authority providing it with a 25-percent stake in AIX and opening access to China’s investment liquidity. A technological agreement has also been inked with NASDAQ, providing AIFC with the services of the most popular global trading platform.

“We have strong cooperation, understanding and friendly relations with the Moscow Stock Exchange. They helped us develop a regional financial services hub and we will also develop new technologies, such as blockchain technology,” said Kelimbetov.

He noted AIX is expected to start operating in the first quarter of 2018, adding partial privatisation of the Samruk Kazyna Sovereign Wealth Fund companies will also occur on the exchange platform.

“In the first five-seven years, we expect the AIFC to become a regional financial centre and within 10 years we plan to join the top 20 leading Asian financial centres,” he added.

The green tech centre, officially the Future Energy International Centre for the Development of Green Technologies and Investment Projects, will be launched following AIFC. The centre will promote practical transition to a green economy by creating a sustainable framework necessary to advance renewable energy, clean technologies and sustainable development. Nazarbayev announced the initiative at the UN General Assembly’s 70th session in 2015.

“The centre will ensure the interaction of countries, primarily from the Central Asian region, in the transfer of green technologies and consulting, training and technology demonstration, including expert examination and advice on green financing, which will enhance the implementation of green projects in all countries of the Central Asian region,” said Minister of Energy Kanat Bozumbayev.

He noted specialised international organisations, countries and companies where the green sector is currently developed are expected to become partners.

“I am sure that in the future, the new centre will contribute to the global sustainable development through the support of green technologies,” he added.

The Astana Hub international IT start-up park will offer a number of advantages for its participants, such as tax preferences, developed infrastructure, affordable leases, favourable legal and visa regime and access to financing.

“The hub will be registered at the AIFC; therefore, financial organisations and fintech start-ups will have privileges on corporate income tax (CIT) and individual income tax. Non-financial organisations and start-ups will have tax incentives for CIT and social tax,” said Minister of Information and Communications Dauren Abayev.

The idea for the hub was outlined in the Digital Kazakhstan state programme, while the conceptual vision was based on international experience.

“After holding consultations with a number of international companies, we worked out our own action plan for creating and developing a start-up ecosystem and attracting a critical start-up mass from around the world to develop a technological entrepreneurship culture in Kazakhstan,” he said.

The hub will be housed in a 10,000-square-metre expo pavilion.

“Companies will be able to place orders and invest in start-ups, while accelerators and incubators will provide expert and consulting support. The government will coordinate the legal basis to promote innovation and universities will be a source of critical mass. One of the main tools will be hosting all sorts of hackathons of internal and international scale,” he added.

The three projects will ensure a $40 billion inflow in investments, noted Kelimbetov.

“For the first time in the post-Soviet space, we are creating a platform where investors’ rights will be protected within the framework of the legal system that is most familiar to them, the common law,” he said.