By Zhanna Shayakhmetova in Culture on 23 November 2017

ASTANA –The Accademia Teatro alla Scala has announced the launch of a project of technical, artistic and managerial training for Astana Opera soloists, ballet dancers, choir, technical specialists and managers, according to the theatre’s Nov. 20 press release. “The Accademia Teatro alla Scala is one of the world’s major educational institutions. Our creative troupes and specialists should improve their skills to represent our art worldwide. This project will be launched as part of the Rukhani Zhangyru (Modernisation of Kazakhstan’s Identity) programme. The head of state noted that we must demonstrate the best works of modern Kazakhstan to the world with advanced modernisation of the nation’s conscience. Our works of art should be known all over the world. By signing this memorandum, the Kazakh Ministry of Culture and Sports intends to implement the President’s strategy,” said Astana Opera head Galym Akhmedyarov.

The project is intended for professionals already employed at the opera house as well as to train new staff in the country in the performing arts field.

The educational programmes at the academy, initiated in early 1990, continue the tradition of the Cadets of La Scala, founded by conductor Arturo Toscanini in the early 1950s to preserve the Italian operatic tradition. World-class stars currently conduct classes.

The academy works in designing and developing educational structures and programmes to produce qualified personnel for live productions and continuing education and training for theatre personnel to promote developing institutions that are fully in line with European standards. 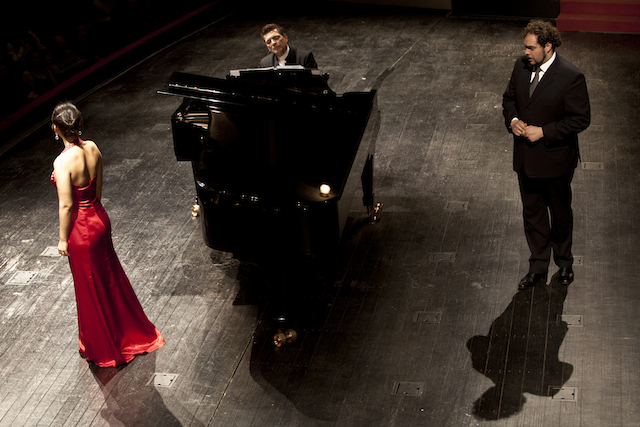 The Accademia Teatro alla Scala also signed a memorandum of cooperation with the Abai State Academic Opera and Ballet Theatre and Zhurgenov Kazakh National Academy of Arts, both located in Almaty.