By Aigerim Seisembayeva in International on 1 November 2017 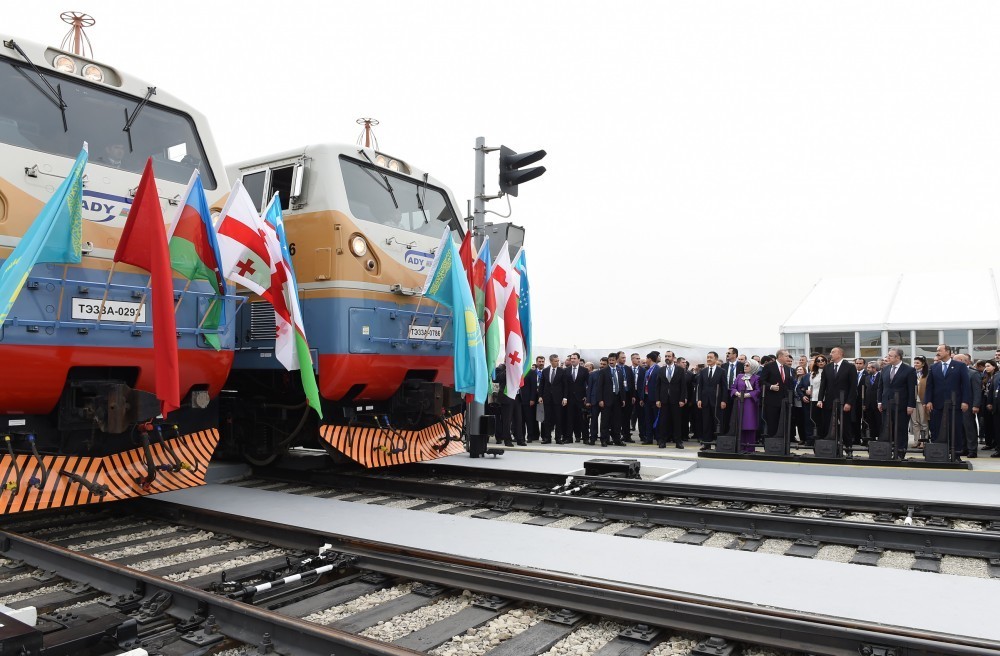 The BTK railway route is part of the Trans-Caspian International Transport Corridor, which connects the railway networks of Azerbaijan, Georgia and Turkey. It starts at the shore of the Caspian Sea in Azerbaijan, runs through Georgia’s capital of Tbilisi and through the eastern part of Turkey before merging with the Turkish and European railway systems.

The new line will open new routes to the Black and Mediterranean Seas for Kazakhstan, according to the press release.

The new railway route is expected to help Kazakhstan transport through its territory up to two million containers per year by 2020.

Kazakhstan’s locomotives produced by Lokomotiv Kurastyru Zauyty and Electric Locomotive Zauyty will be used in the sections of the new BTK railway corridor. Ten locomotives are ready for operation, and by 2020 Kazakhstan will supply 40 cargo electric locomotives to Azerbaijan.

The route is expected to reduce transit times between China and Europe to around 15 days, which is more than twice as fast as the sea route at less than half the price of air transportation.

Cargo and passenger trains will be able to depart from China, enter Kazakhstan at the Khorgos gateway, be taken across the Caspian Sea by ferry to the Port of Baku and then be loaded directly onto the BTK and head to Europe.

“Baku-Tbilisi-Kars is part of a big Silk Road and it’s important that we have implemented this project using our own funds,” said Erdogan, according to Reuters.com