ASTANA – Relaxing controls on businesses and other changes to a draft law on business activities, “On amendments and additions to certain legislative acts of the Republic of Kazakhstan on improving regulation of entrepreneurial activity,” were discussed at an Oct. 3 government meeting, during which the Ministry of National Economy and the Prime Minister’s Office were instructed to submit the bill to the Mazhilis (lower chamber of Parliament) by the end of the month. 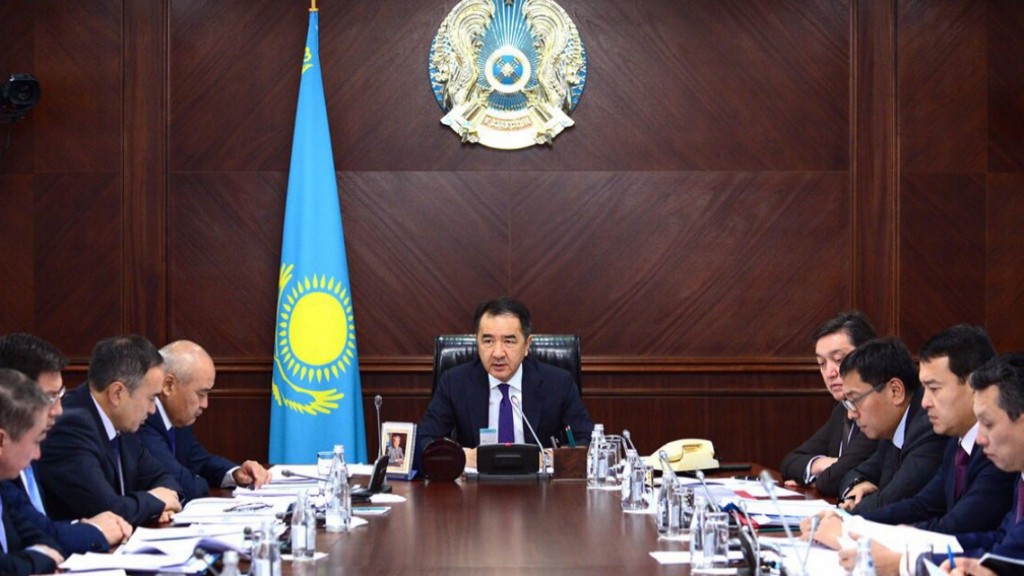 The new system of inspections will differ from the current system in focusing on preventing legal violations without initiating administrative punishments, explained Kazakh Minister of National Economy Timur Suleimenov at the meeting. “One of the main innovations of the bill is the introduction of preventive control. Such reform should radically change the mentality and behaviour of inspectors to the policy of preventing offenses from the current policy of detection and punishment. The principles of interaction between business entities and the state should be effective state regulation of entrepreneurship with a priority of preventing violations.”

A number of control mechanisms and required supervision identified as redundant or inefficient are to be abolished, and verification requirements are to be reduced.

As Kazakhstan works to deregulate and reduce barriers to business operation, reduce business costs and stimulate entrepreneurship, the bill will impact a number of the state’s larger goals, including reforming state control and supervision activities, developing self-regulation, identifying and eliminating norms that hinder competition, developing business support measures and improving Kazakhstan’s position in the World Bank’s Doing Business rating and others.

One of the most significant loads on business is a large number of information tools. According to the results of an inventory, more than 1,600 information requirements for business have been identified, many of which are duplicated by control functions or with forms of state statistical reporting. It is planned to reform the information tools required of businesses and reduce their number by 30 percent, according to a statement on the government’s website.

Work to optimise and simplify the licensing system for businesses continues. In 2016, required permits were slashed by 50 percent, from 708 needed permits to 316. Further changes have been proposed.

Regarding cutting costs, legislators are looking at costs connected with obtaining technical conditions for connecting natural monopoly entities to engineering networks, reducing the rates of certain taxes and fees and meeting environmental regulations. Reducing costs will affect such areas as technical regulation, construction and public procurement. In general, it was noted that work aimed at reducing business costs will continue on a systematic basis.

Also, in order to create a competitive environment, the draft law proposes a number of amendments aimed at eliminating norms that impede competition identified during an audit of relevant legislation.