Visa exemption for Kazakh citizens will save millions of dollars, says UAE Ambassador

This year on May 23 Kazakh Foreign Minister Kairat Abdrakhmanov and the United Arab Emirates’ Minister of Foreign Affairs and International Cooperation Abdullah bin Zayed bin Sultan Al Nahyan signed an agreement on establishing a one-month visa exemption for Kazakh citizens travelling to the UAE. In this connection, the UAE Ambassador to Kazakhstan Dr. Mohammed Ahmed Sultan Al Jaber gave an interview to the Kazakhstanskaya Pravda national newspaper ahead of visa exemption for Kazakhstan citizens, which is presented below in full.

This autumn, Kazakhstan and the United Arab Emirates will start a mutual visa exemption. In this interview, Ambassador Al Jaber answered question such as, How much can Kazakh citizens save by travelling to the Emirates, what did the UAE representatives learn from EXPO 2017 and what type of joint projects will the two countries implement in the coming years? 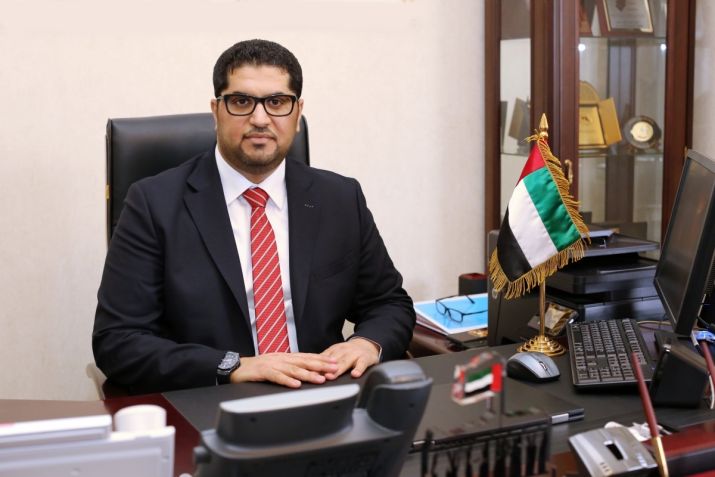 This autumn, the UAE will start visa exemption with Kazakhstan. Will it bring any changes and what benefits will citizens of the two countries receive?

Intergovernmental procedures on introducing visa-exemption shall be completed in the nearest time. Doubtless, it will make a breakthrough in the development of bilateral relations. Let us refer to the statistics of tourist visits; more than 100,000 citizens of Kazakhstan visit the UAE annually. Therefore, the visa-exemption can save approximately $10 million a year. The assessment stems from the calculation of the total number of visits from Kazakhstan’s part and the fees for visa processing.

EXPO 2017 ended a few weeks ago. What will you remember from the exhibition? What would you recommend for EXPO 2020 in Dubai from Kazakhstan’s experience?

The most significant feature of EXPO 2017 is that the organizers have been successful in attracting a considerable quantity of interested visitors, which helped them to promote the ideas aimed at shifting from traditional energy resources to renewable energy. The experience that we have gained in the exhibition is the valuable knowledge of how to manage such a large-scale event. We hope to learn from Kazakhstan’s experience and have already begun making contacts with our Kazakh colleagues; in January 2017 the organizers of EXPO 2020 Dubai and EXPO 2017 Astana signed a memorandum of understanding and cooperation during the Future Energy World Summit in Abu Dhabi, as well as for the development of a variety of mutually beneficial projects, such as Astana International Financial Centre and the development of Islamic banking and green financing. Moreover, I would like to note that the exhibition in Astana has also brought new focus to our international efforts and achievements in the renewable energy technologies, and to the projects and initiatives, which form part of the integrated concept of the development of our country.

Strengthening the international cooperation in the context of new technology transfer and original expertise is a great importance for us. The cooperation established between the UAE Nuclear Energy Corporation and National Atomic Company Kazatomprom exemplifies the synergies between the two countries. In addition to that, recently the two companies signed a memorandum on cooperation in the field of peaceful use of nuclear energy, which is planned to meet our reactor construction needs through raw materials from Kazakhstan in the form of natural uranium, and enriched uranium production.

A similar feature of Kazakhstan and the United Arab Emirates is that both countries are rich in oil and it is its stocks and prices that measure the citizens’ welfare. How long do you think the transformation will take? How long will oil-producing countries be dependent on this source of income?

In order to promote a quicker process of moving from the oil-related economy, there is a number of noble goals set by our government:

The first is to improve the legislation. To date, the UAE Ministry of Economy is already working on a number of laws to improve the efficiency of the country’s economy, moreover, to diversify it in favour of the non-oil sector from 70 percent now to 80 percent by 2021. It is worth noting above all, that the UAE spends about 300 billion Dirhams for more than 100 initiatives in such fields as health, education, energy, transport, water, and technology in order to prepare the country for the post-oil phase of the economy.

The second is an innovative vision for the future. By 2050, our goal is to use 44 percent of renewable sources, 38 percent of gas, 12 percent of minerals and 6 percent of nuclear energy.

The third is to implement the most advanced techniques in education. Today, the UAE government is placing particular emphasis on the development of environmental thinking among the younger generation. This will be useful for future citizens to implement energy-efficient technologies, green energy and will help to attain sustainable development.

Bilateral economic relations between the UAE and Kazakhstan have been developing for quite a long time. Considering the last five years, what has united our countries the most? What kind of joint projects are planned in the coming years?

Indeed, there are many joint projects. In the short term, we plan to build the gas and chemical complex with the capacity of 800,000 tonnes of polypropylene per year in Atyrau region. Also, I’d like to highlight another joint infrastructure project in the UAE in the field of transportation, with the participation of the national company Kazakhstan TemirZholy and the national railway company Etihad Rail. In particular, it has to do with the railway construction, with a length of 406 kilometres, which will connect emerging towns and industrial zones in Abu Dhabi and Dubai in the border with Saudi Arabia. It is also planned to develop airport infrastructure in Kazakhstan through the agency of Abu Dhabi Airports Corporation. Another striking example is the cooperation between the Corporation, the UAE nuclear energy (ENEC) and JSC national company Kazatomprom in the field of peaceful use of nuclear energy, which I mentioned earlier.

The UAE deservedly became a favourite tourist destination for the people of Kazakhstan and many of our citizens managed to even buy real estate in the Emirates. How does the legislation work regarding housing acquisition by foreigners?

The citizens of Kazakhstan note the attractiveness of the UAE for study, work, leisure and comfortable living. They prefer purchasing property in the emirates of Dubai, Abu Dhabi, Sharjah, Ajman and Ras al-Khaimah. For example, Dubai has developed the transparent legislative framework in the real estate sector. Foreign citizens are able to acquire real estate directly in full ownership in the entire emirate. An excellent incentive for investors who decide to rent an apartment is the absence of taxes on real estate and income.

Modern people have become very mobile and there are many labour migrants in most megacities. Astana, being a young capital, is just gaining momentum in this direction. What can attract labour migrants in the Kazakh capital? How difficult is it for foreigners to earn a living in Kazakhstan?

The EXPO 2017, certainly, intensified the flow of labour migrants to Astana. The UAE and Kazakhstan are very similar in this. There are many business opportunities in the UAE, as well as in Kazakhstan. Today Kazakhstan promotes international cooperation, stressing the significance of the global business environment. There are various business projects now being established in Kazakhstan, which require not as much financial but human resources. Kazakhstan has achieved success in the economic welfare and proved the viability of renewable energy, which has become a significant driver for the economic prosperity of the country.