By Aigerim Seisembayeva in International on 10 October 2017 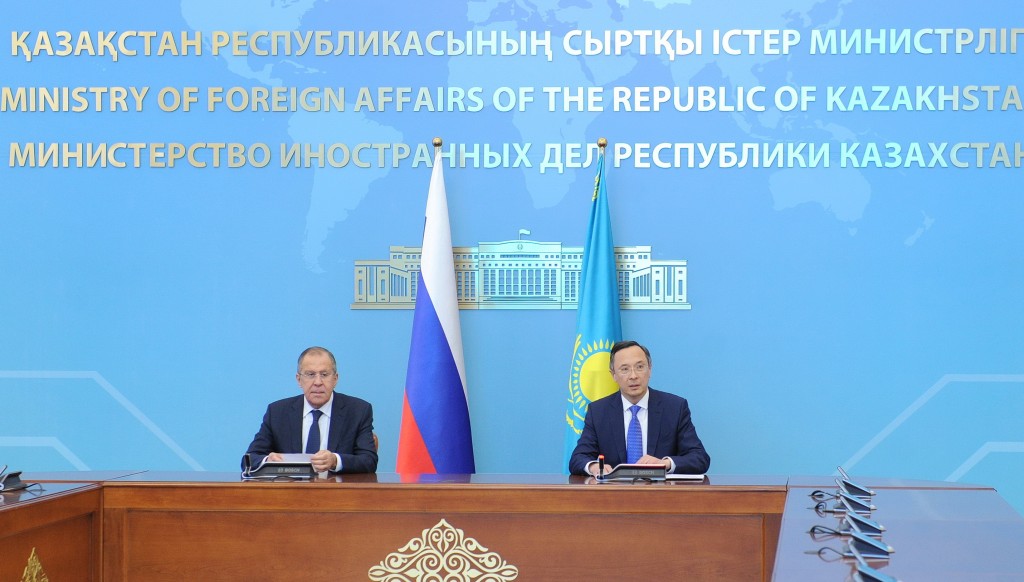 Abdrakhmanov said the interregional forum and the cross-border cooperation between Russia and Kazakhstan is a good platform to test Eurasian Economic Union’s economic freedoms related to the movement of goods, services, capital and labour. He also said Lavrov’s visit is an opportunity for Russia to get acquainted with Kazakhstan’s large-scale modernisation process.

The Kazakh foreign minister also praised the countries’ cooperation within international organisations such as the United Nations Security Council, the General Assembly, the United Nations Economic and Social Council (ECOSOC), among others. 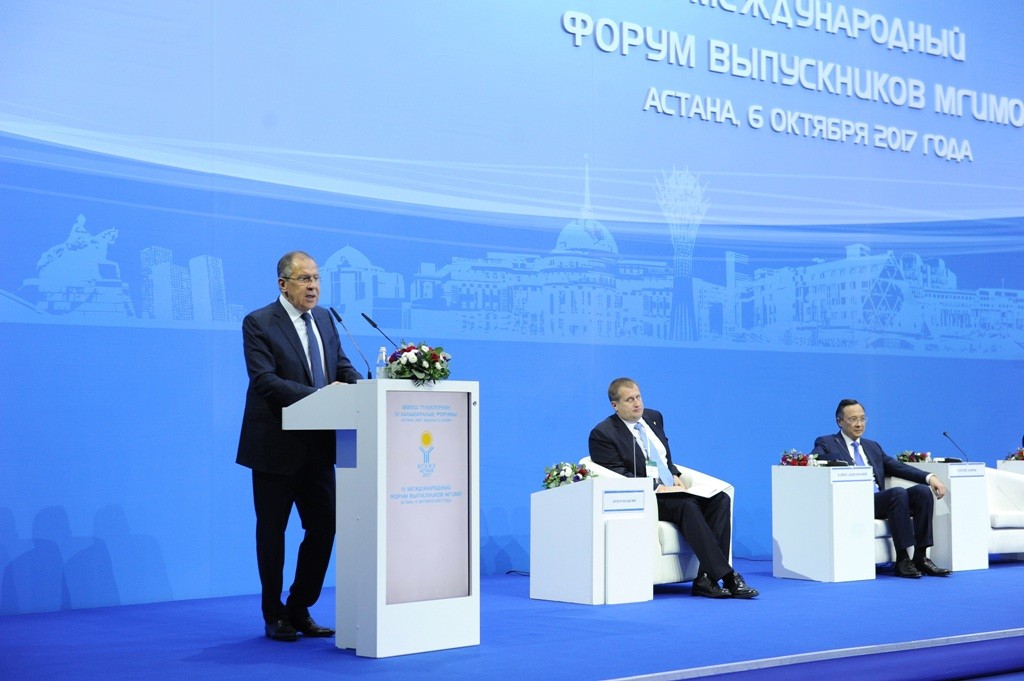 “We have similar positions on the most pressing issues, including countering terrorism, strengthening the non-proliferation regime, achieving sustainable development goals and many other issues,” Abdrakhmanov stressed.

The ministers also discussed Kazakh President Nursultan Nazarbayev’s 2015 proposal to optimise non-core functions of the Commonwealth of Independent States to make the organisation “less cumbersome and more efficient.” They also addressed the Astana Process on Syria and the situation on the Korean peninsula.

Lavrov also noted a 40 percent increase in bilateral trade from January to July and attributed the increase to the Eurasian Economic Union integration process. He credited Kazakh President Nursultan Nazarbayev with the idea of creating the Union and praised both presidents for maintaining close bilateral relations, which began 25 years ago. 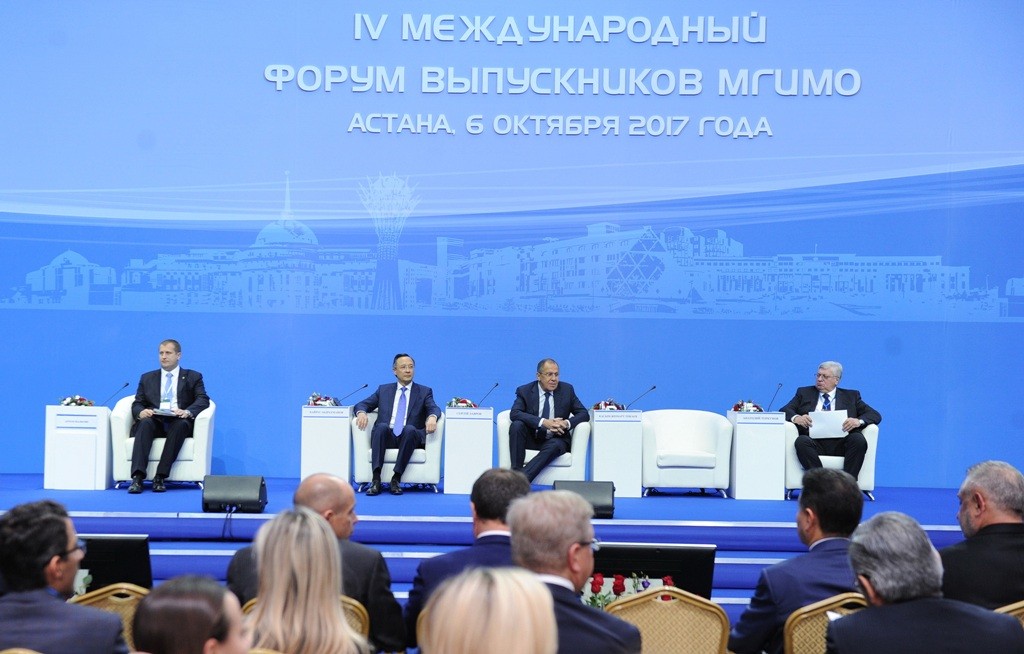 “We can see the traditionally intensive development of our interaction, strategic partnership and alliance. First of all, this is due to the good personal relations between Russian President Vladimir Putin and the President of Kazakhstan, Nursultan Nazarbayev,” Lavrov noted at the end of the meeting.

Earlier on the same day, the two foreign ministers spoke at the opening ceremony of the MGIMO Alumni Forum. Lavrov is an alumni of the class of 1972.

Speaker of the Senate (upper chamber) of the Kazakh Parliament Kassym-Jomart Tokayev, himself an alumni, read an opening statement from President Nazarbayev in which the Kazakh leader stressed the importance of such gatherings.

Lavrov also delivered a welcoming speech and read out President Putin’s address, which said Astana is considered a centre of multilateral diplomacy, international economic cooperation and the Eurasian integration processes.

Abdrakhmanov in his remarks said he hoped that MGIMO alumni would make an intellectual contribution to the global dialogue.

The forum included discussions on world trade, EXPO 2017 lessons, the Eurasian integration processes and cooperation in the field of education and culture.