ASTANA – President Nursultan Nazarbayev visited recently the Batyr Babalar memorial complex in the Raiymbek rural district of the Karasai district during a working visit to Almaty and the Almaty region, according to the presidential administration press service. 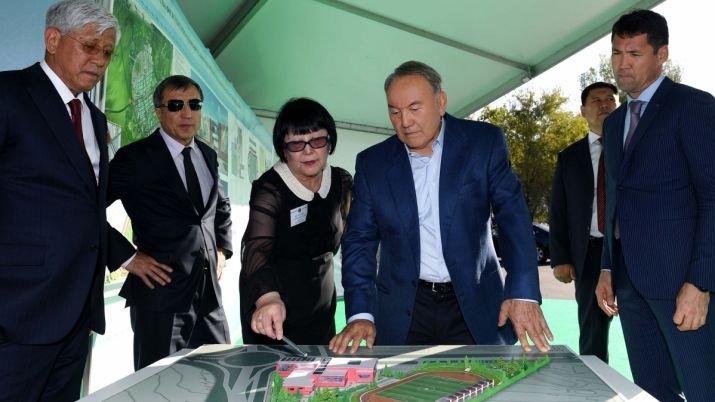 Nazarbayev was acquainted with the expositions of the memorial complex, which demonstrate the history of Kazakhstan, beginning with the Saka culture and ending with the formation of the Alash Orda government. The central part of the memorial is dedicated to the Kazakh batyrs (warriors).

In addition, the head of state was shown a portrait gallery of famous historical figures of khans, biys (judges), batyrs, who distinguished themselves in the struggle for the independence of the nation.

The President also met with prominent representatives of the Karasai district community and discussed the socio-economic situation in the region and prospects for development.

Next to the museum, a bas-relief picture will be erected, revealing the historical stages of the development of independent Kazakhstan. In the centre of the ensemble it is planned to install a flagpole with the national flag.

In addition, during a working trip to Almaty and the Almaty region, Nursultan Nazarbayev visited his birthplace at Chemolgan village and had an informal conversation with villagers.

The museum is being built with private funds and construction is scheduled to be completed in December.

Nazarbayev was also briefed on the progress of construction of a sports and health complex in the Karasai district, which is also being built with private funds.

The facility will include boxing equipment, wrestling halls, a swimming pool, tennis court, gym and universal gyms, a football field with a stadium for 1,000 seats, as well as medical offices and cafes will be located in the sports and recreation complex.