ASTANA – The ON! TV Channel has launched a joint project with Russian channel Pyatnitsa! to air some of Pyatnitsa!’s most popular programmes in Kazakhstan. 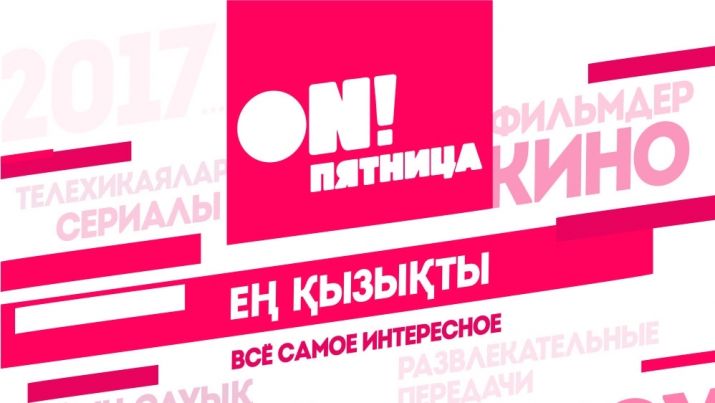 “The strategic partnership is starting the renewed brand ON! Pyatnitsa. The audience of the channel will be able to access Pyatnitca! TV channel’s most popular programmes, such as Revizorro, With Knives, Food, I Love You, Secret Millionaire, Battle of the Restaurants and many others. The channel will please fans of favourite projects with premierEs, as well as numerous shows for any taste that have not aired this TV season yet,” the project initiators said.

The ON! Pyatnitsa TV channel airs in major cities of Kazakhstan and is also available through cable and the AlmaTel Kazakhstan satellite network with the ALMA TV trademark.

“The presence of cognitive and entertaining programmes of the TV channel Pyatnitsa! in the country’s television will be a challenge for local producers, the answer to which will be the improvement of the quality of their own production and, as a result, the increase of the professional level of specialists. It is extremely important that not only public but also private TV channels evolve in their desire to give the viewer a more modern and high-quality television product,” said Gleb Shagun, Russian media manager, the initiator of the collaboration between one of the first private TV channels in Kazakhstan and the Russian Pyatnitsa!.

According to the ON! Pyatnitsa channel’s general director Aida Tatayeva, “shows for travellers, those who advocate for the quality of service, for activists and contemplators will be launched.”

“Cooperation with the most dynamically developing channel of Russia will help us improve, make new demanded local content in the future, and progress for the benefit of the viewer,” Tatayeva added.