ASTANA – Kazakhstan has abandoned plans to build new prisons as part of the public-private partnership (PPP) due to the high cost of the project, said Minister of Internal Affairs Kalmukhanbet Kassymov during a recent Mazhilis government hour. 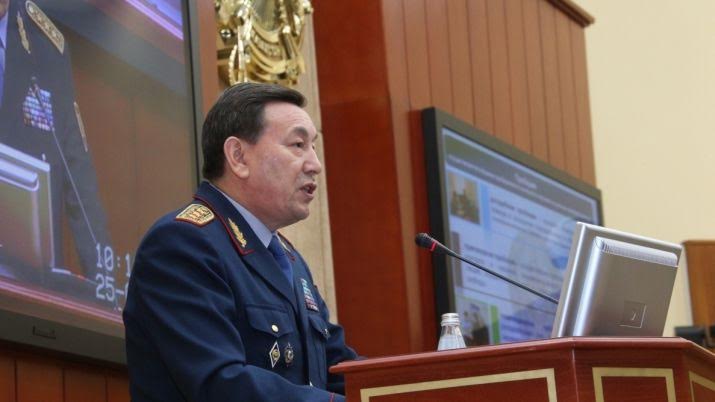 He addressed “measures taken by the Ministry of Internal Affairs and local executive bodies to implement the comprehensive strategy for the social rehabilitation of citizens who have been freed from prisons and are on the probation service record in the Republic of Kazakhstan for 2017-2019,” noting they will cut previously-planned costs in half.

“We worked out the option of building a new prison using the public-private partnership mechanism in cooperation with the Ministry of National Economy, but even on private capital terms, the project was not examined by the concession scheme. It turned out to be very expensive and burdensome for the country’s budget,” he said.

Kassymov noted in conjunction with the Ministry of National Economy, the PPP centre developed a government-approved proposal that envisions repairing or replacing existing residential buildings at correctional facilities with a proportional content from alternative PPP mechanisms.

“The implementation of this proposal will require 50-percent less cost compared to the construction of new correctional facilities from scratch and we already have such an experience. For the past four years, the Ministry of Internal Affairs has managed to almost completely rebuild one prison in Kyzylorda, an investigatory isolation ward in Almaty and also to reconstruct two prisons in Uralsk and Almaty region, which today allows keeping more than 2,600 convicts,” he said.

In 2002, Kazakhstan ranked third in the world behind the United States and Russia in the number of prisoners, but now is 68th. The country’s prisons currently house 35,500 inmates, a significant reduction from the 57,000 detained six years ago, but Kassymov stressed holding that many individuals seriously burdens the state budget.

“Based on the experience of many European states, by adopting the new criminal procedural and penal correction codes, the law ‘On Probation’ and some other legal acts, Kazakhstan is moving towards humanising criminal legislation and expanding the scope of criminal sanctions not related to isolation from society,” he said.