Konstantin Khabensky: we need to make charity an integral part of everyone’s life

ASTANA – Konstantin Khabensky, a popular Russian actor who is known for his kind heart and his unsuccessful fight to save his wife’s life from cancer, shared his message of giving Oct. 21 with charitable organisations and leading Kazakh figures. He joined with the Samruk Kazyna Trust Social Development Foundation at a meeting in Astana to share the experiences of the foundation bearing his name which helps children with oncologic and other serious brain diseases. 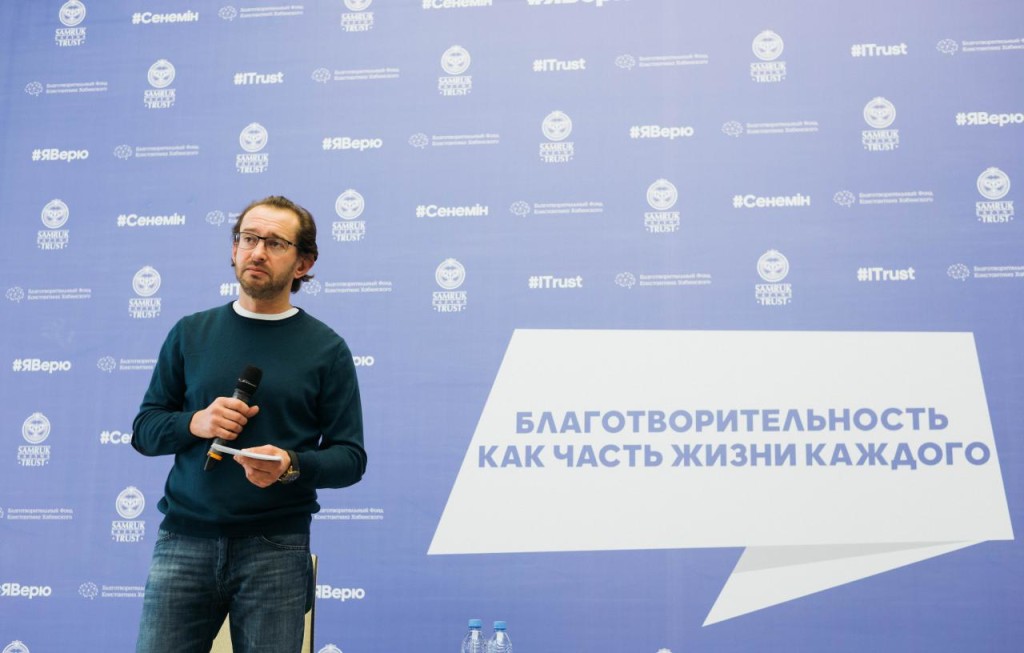 Formed in 2008, the Konstantin Khabensky Foundation, which now includes 19 people, has provided targeted assistance to more than 1,500 children and psychological support to more than 5,000 people. At least 2,000 doctors have taken part in its educational projects. The organisation has purchased 28 pieces of equipment for eight federal institutions and volunteers have conducted in excess of 300 workshops in hospitals. The foundation assists in coordinating children’s examinations and treatment, purchases medicine, organises rehabilitation programmes, trains doctors and works with parents to ensure early diagnosis of serious brain diseases.

“The charity is not a story that was invented by someone, as something unshakable and unchanging once and for all. To do a good deed is something that was inherent in us initially. The mechanism of charity develops every day. The main thing is to try, to consult and not to frighten people, but, on the contrary, to involve and show them the most interesting and fascinating aspects of the moment when they become people themselves. It is very important to let people employ their benevolence through the mechanisms and the path of charity,” he noted.

The most difficult part of that path is daily charity, he said, adding that foundations must not be hesitant to voice what needs to be done and how they plan to accomplish their goals if they want to be successful.

“We learned to speak and talk about what we are doing in Russia. We have already learned to listen and perceive what other foundations are doing, but we have not yet learned to take it for granted, as in Europe and the U.S. We still have to do this. This is probably the most difficult,” he noted.

The foundation is now implementing the Charity Instead of Souvenirs project, an initiative offering the opportunity to choose charitable gifts rather than corporate ones. Within the campaign, a company’s gift budget is directed towards benevolent and socially significant programmes, with partners and friends receiving a greeting card indicating their involvement. All funds raised will be earmarked to treat children with severe brain tumours.

The event participants learned about fundraising techniques and asked questions to improve and extend the activity of Kazakh charitable organisations. More than 50 non-governmental organisations that provide sponsorship and charitable assistance throughout the nation were involved, including Dara Charity Foundation, Kasiyetti Zhol Fund and Mercy Volunteer Society Fund.