ASTANA – The Association of Businesswomen of Kazakhstan presented a project to introduce gender budgeting in the nation at the Oct. 25 roundtable involving representatives of the Kazakh National Commission for Women, Family and Demographic Policy, deputies, state bodies, international organisations and NGOs. 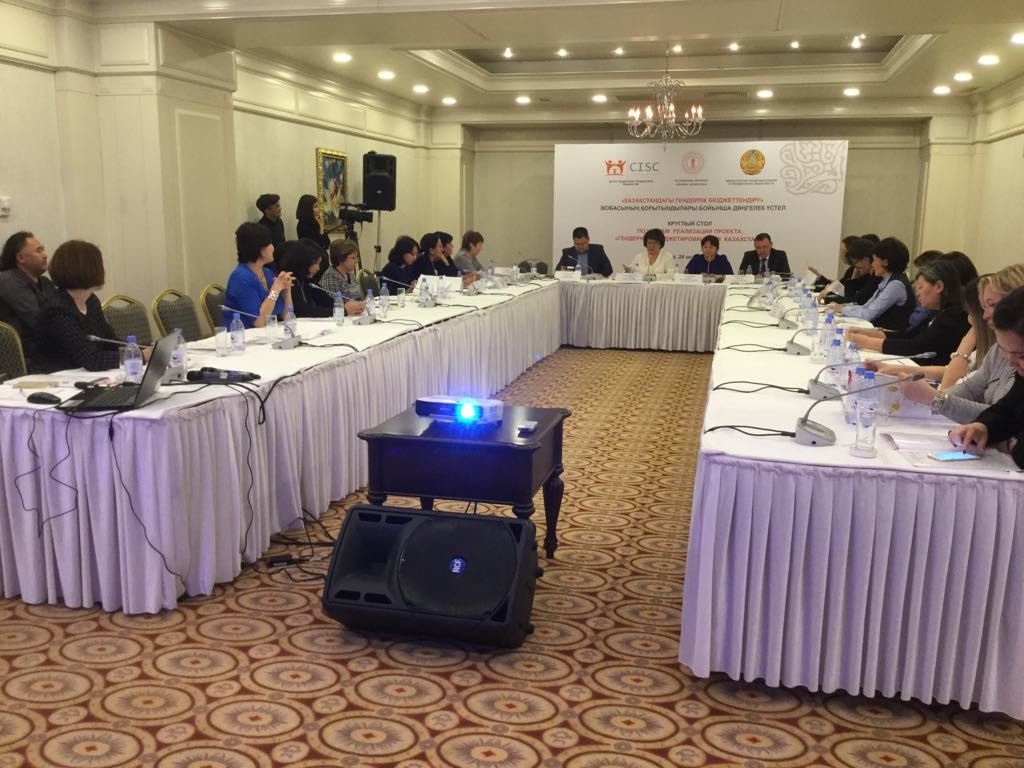 Funded by the Civil Initiatives Support Centre and supported by the Kazakh Ministry for Religious and Civil Society Affairs, the project kicked off in April and sought to research and analyse the topic and subsequently form concrete recommendations.

Gender budgeting, devising the budget in a way that equally takes into account the interests and needs of both genders, is envisioned in the Kazakhstan 2030 Concept on Family and Gender Policy, said association chair and national commission member Raushan Sarsembayeva.

“Gender budgeting is quite a young term; however, the implementation of the concept on family and gender policy very clearly reviews those aspects that discriminate different segments of the population to a varying degree, primarily women and children. In this regard, gender budgeting contributes to decreasing the effect of those factors and improving gender equality,” she noted.

Gender budgeting incorporates the needs of all groups within the population, especially those in a socially vulnerable situation, she added. Fostering gender equality will also bring Kazakhstan closer to its crucial goal of entering the world’s 30 most developed countries by 2050.

The project revealed several important factors predominant in society and across all levels of government that could impede introducing gender budgeting. The issues include weak political will, poor knowledge of the issue among state bodies and the population, insufficient incorporation of gender statistics and prevailing gender stereotypes within society.

An analysis of the nation’s legislative framework identified the presence of norms directly or indirectly affecting gender, but most do not take into account gender-related indicators that hamper monitoring and control, noted the association.

Coordinating the state bodies responsible for collecting statistical data should be improved, according to the experts, who suggested establishing a coordinating body within the nation’s Parliament or Presidential administration specifically dealing with gender-related issues. The work should go beyond the government and also reach the public through an awareness raising campaign, they added.

Gender budgeting is a socially-significant issue, as it affects all segments of the population, said national commission for women, family and demographic policy deputy chair Lyazzat Suleimen.

“But we need to start from small things. Gender budgeting will be efficient when people start to understand and see the benefits of it in their daily life,” she added.

“Of course, it includes issues related to women, but it also concerns men,” he said.

Yet, successfully incorporating gender budgeting into the national budget process requires changes not only in the nation’s legislative framework, but also in society itself, he added.