Kazakhstan to switch to Latin alphabet by 2025

By Aigerim Bulambayeva in Nation on 31 October 2017 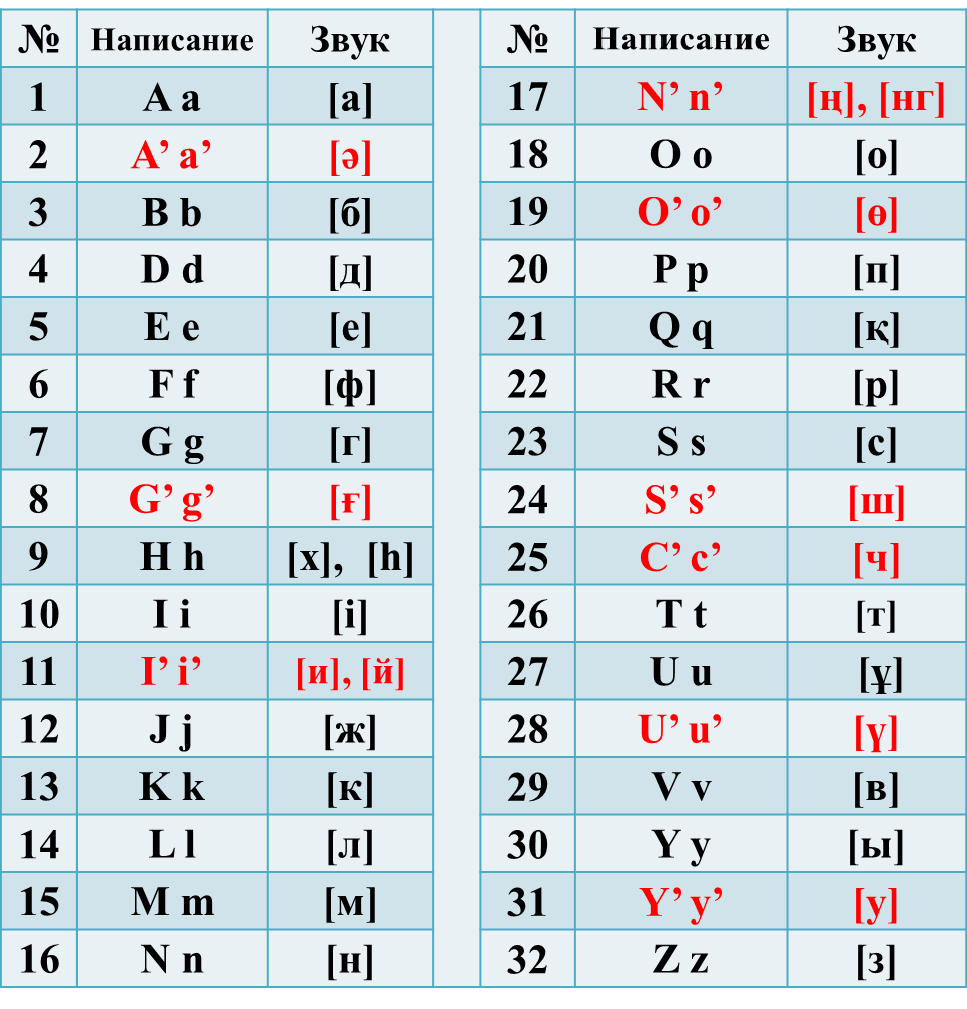 The version of the alphabet approved by the Decree.

The decree, prepared by the working group, went into effect immediately. Control over its execution is assigned to the presidential administration.

The new alphabet consists of 32 letters. Letters of the old Cyrillic alphabet will be replaced by Latin analogues based on their phonetic similarity. Nine characters with apostrophes will be incorporated to signify hissing syllables as well as distinct Kazakh vowels.

Earlier, other versions of the alphabet were suggested. The first incorporated digraphs – a group of two successive letters representing a single sound – among other possibilities. The second, as the Akorda reported, took into account the suggestions “received during the public discussions.”

Nazarbayev announced his intention to switch from the Cyrillic-based alphabet to Latin script in April 2012. At the same time, the head of state commissioned developing the schedule of measures needed to implement the language reform by the end of 2017. Books, official documentation and periodicals related to the political and cultural agenda are all subject to mandatory transformation. The process of preparing educational materials and specialists, according to the president, should begin next year.

Kazakhs used Arabic script from the 10th-20th centuries. The Kazakh language was based on Latin script in 1929-1940. The transition to the Cyrillic alphabet occurred in 1940. The Latin alphabet is currently used by most Kazakh diasporas abroad.