By Aigerim Seisembayeva in International on 20 October 2017

ASTANA – Kazakhstan and Kyrgyzstan agreed during an Oct. 18 meeting in Astana of each country’s prime ministers to ensure priority crossing at the Kazakh-Kyrgyz border, especially in Kordai, for individuals with personal luggage, regular passenger buses, cars and empty cargo vehicles beginning at midnight October 19. 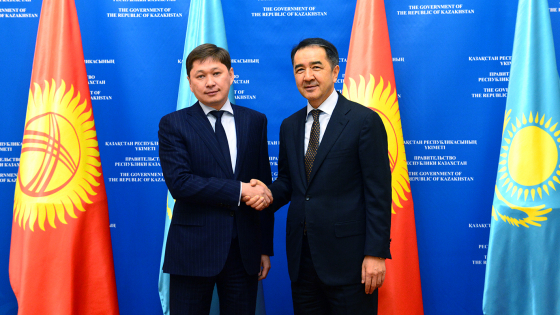 The meeting to discuss customs, tax, transport, phytosanitary and veterinary issues on the Kazakh-Kyrgyz border was requested Oct. 17 by Kyrgyzstan following Kyrgyz complaints over recent moves by Kazakhstan to ensure the safety and quality of imports coming across the Kyrgyz border.

Kazakhstan announced Oct. 11 that its border service will hold operations along the entire perimetre of the country’s frontier to prevent illegal migration, smuggling, penetration of terrorist and criminal groups and individuals.  The Kazakh government believes loopholes in Kyrgyz regulations allow commodities from third countries to be re-exported to Kazakhstan in breach of regulations along the Eurasian Economic Union (EAEU) external customs border.

“We considered issues of customs and tax administration with regard to relevant rules and regulations of the EAEU and the WTO. For instance, our customs authorities reveal the facts of unreliable declaration by Kyrgyz importers of goods from China during transit through the territory of Kazakhstan. Because of this, we bear direct losses,” said Kazakh Prime Minister Bakytzhan Sagintayev after the meeting.

The Kazakh agriculture ministry also announced Oct. 16 it would reduce cross-border trade of food products with Kyrgyzstan because of the failure of some Kyrgyz exporters to comply with veterinary and phytosanitary norms. 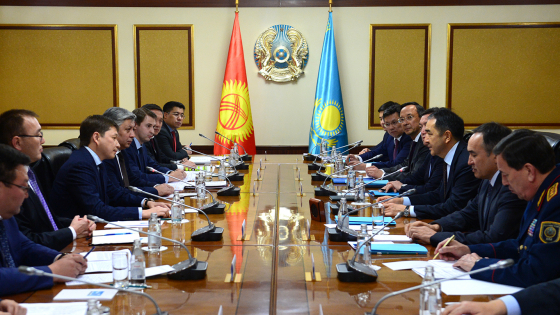 Kyrgyzstan responded by complaining that Kazakhstan’s measures were not compliant with existing regional and global trade agreements and caused cargo truck delays at the border.

The meeting to iron out these differences was attended by Sagintayev and Kyrgyz Prime Minister Sapar Isakov as well as numerous department and ministry heads. In addition to agreeing to give priority to certain crossings at the Kyrgyz-Kazakh border, the delegations agreed to spend the next five days ironing out a roadmap for economic relations between the two countries.

Both prime ministers also reaffirmed during the meeting their commitment to continued positive bilateral relations.

“As the President of Kazakhstan Nursultan Nazarbayev repeatedly noted, the relations of the two brotherly states should be exemplary in all respects and become an example of effective cooperation in the region,” Sagintayev said.