By George D. Gleboff in International on 8 October 2017

BRUSSELS – The 21st meeting of the Berlin Eurasian Club, held in Brussels Oct. 4 under the title “The Enhanced Partnership and Cooperation Agreement (EPCA) between the Republic of Kazakhstan and the European Union (EU): Achievements and Goals,” gathered diplomats, experts, business and media representatives from the nation and the continent. The event focused on the political and economic partnership perspectives between Kazakhstan and the EU, especially in light of the agreement.

Choosing the EPCA as the main theme was not coincidental. The agreement, applied temporarily and in part since May 2016, has brought relations to a new level.

The economic impact is one of the document’s most important and extensive components, as the EU is Kazakhstan’s largest trade, economic and investment partner. After two years of decline, the trade turnover between the nation and EU countries showed a 27-percent increase in the first seven months of 2017 compared to the same period last year. The EPCA’s ratification by the remaining 12 EU member states  and full entry into force will further expand and strengthen that interaction.

Speaking at the meeting, Luc Devigne, European External Action Service (EEAS) Managing Director for Russia, Eastern Partnership, Central Asia and OSCE (Organization for Security and Co-operation in Europe),noted important achievements in Kazakhstan-EU cooperation, stressing relations have never been at such a high level.

He indicated Kazakhstan’s importance as the EU’s political and economic partner in Central Asia underscored the country’s favourable investment climate, which has allowed European investors to work in the Kazakh market and increase their investments. Devigne added the EU welcomes the wide-scale support to develop the green economy in Kazakhstan stimulated by EXPO 2017. 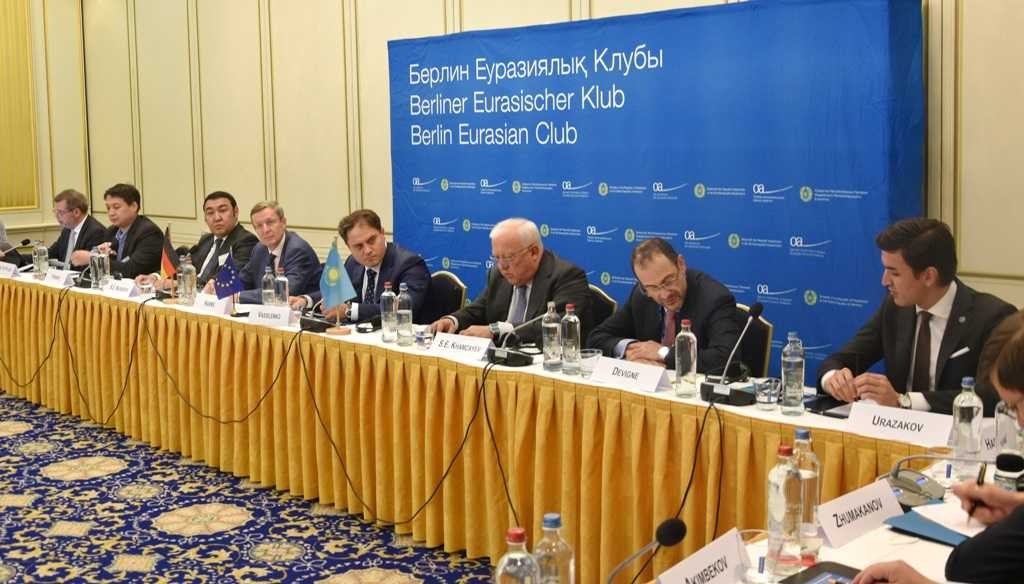 Devigne also praised Kazakhstan’s international activity in maintaining peace and security and declared EU’s readiness to cooperate more actively in the sphere of non-proliferation of weapons of mass destruction.

Commending Kazakhstan’s commitment to developing a conflict-free and prosperous Central Asia, Devigne argued the example that the nation has successfully built equally strong and mutually-beneficial relations with the EU and its largest neighbours– Russia and China – can serve as a model for others of an effective foreign policy. He also noted the importance of continuing democratic reforms in Kazakhstan and the mutual interest of the parties in continuing the dialogue on human rights and civil society.

He argued the EPCA, which became the first such agreement between the EU and the countries in the region, serves as an additional impetus to further expand and develop all aspects of multilateral cooperation. He also addressed the ratification process, which is proceeding at an exceedingly rapid pace. Only a year and a-half since the signing, the document has already been ratified by 16 EU member states, indicating the EU’s great interest in developing comprehensive cooperation with Kazakhstan. 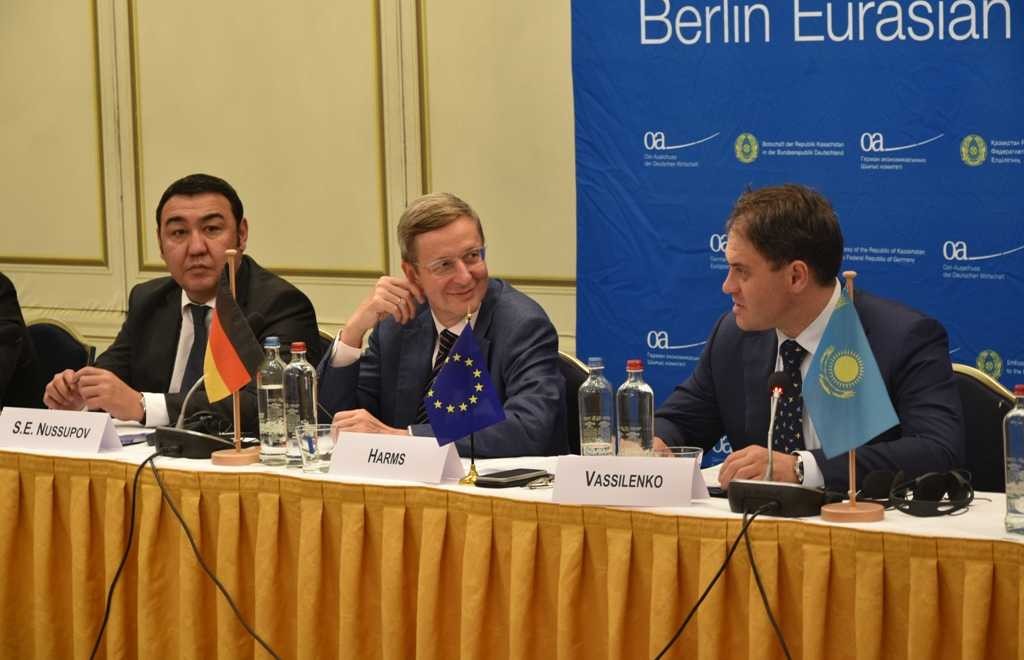 Pfluger praised EXPO 2017’s qualitative preparation and execution, where German and European companies were widely represented, calling the exhibition “the successful brand of Kazakhstan.” He pointed to the nation’s growing role and its leadership as an effective peacemaker, drawing attention to Astana’s active mediation efforts in resolving the situation in southeastern Ukraine and the Syrian conflict.

“The Minsk accords could rightly be called the Astana accords, taking into account the contribution of the country and its President to their accomplishments,” said Pfluger, adding the Syrian talks have not only given impetus to the difficult process of settling the multi-year conflict, but some hope for its cessation.

He stressed Kazakhstan’s historic role in voluntarily renouncing nuclear weapons and the global processes of disarmament and non-proliferation. He also underscored the country’s course of a “multi-vector foreign policy” and reforms that yielded positive results in terms of economic growth and regional stability and peace.

The event included detailed discussions among politicians, experts and business circles on the meaningful aspects of implementing the EPCA. The prospects for strengthening cooperation are timely and relevant, especially against the backdrop of Kazakhstan’s foreign policy initiatives, non-permanent membership on the UN Security Council and hosting the Syrian peace talks and EXPO2017.

Established in 2012, the Berlin Eurasian Club was initiated by Kazakh President Nursultan Nazarbayev as a unique dialogue platform between Kazakhstan and Europe. The meeting was organised as part of economic diplomacy promotion by the Kazakh Embassy in Germany in cooperation with the German Economy Eastern Committee.