Kazakhstan and Germany: 25 years of cooperation

Before I came to Kazakhstan in 2011 as the Ambassador of Germany, I had been an ambassador to a big African country, which gained its independence in 1961. Despite good preconditions, this country, because of its experiments with “African socialism,” was economically destructed by 1980s. The good preconditions were mineral deposits, long coast line, world-known tourist sites, English as an official language, no war of independence, good physical, administrative and legal infrastructure first taken from German and then from English colonisers. 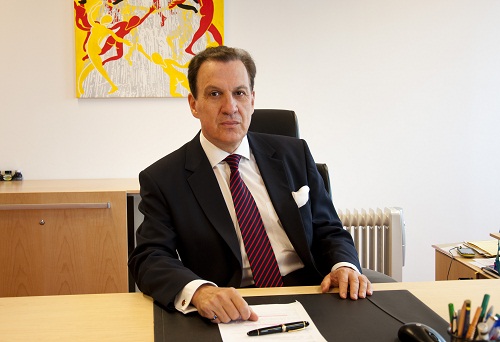 In 1991, it was one of the poorest countries in the world, and today it remains as such. At the same time, a transition to market economy in 1990s brought many advantages. The commodities boom since 2000 and huge payments for development assistance during all these years have brought great revenues to the country. Nevertheless, in 2011 per capita income was approximately $700, which is not more than it was back in 1991.

In addition, the preconditions in this case were much worse. The state unity was not secure at all, the country’s borders were not marked accurately and with a significant potential for conflict with strong neighbours, transport infrastructure was not developed and it was laid only from North to South, the legacy of the bureaucratic centralism was a burden, and additionally, Kazakhstan is a huge country with no access to the sea. Despite this, the country has moved along the path of democratic development and is doing well compared to its Central Asian neighbours and other states of the former Soviet Union. The country is stable both internally and in external policy, the economy is efficient and is aimed at the future, and the physical and social infrastructure develops dynamically.

Germany has cooperated closely with Kazakhstan since its independence. We have had an important link since the very beginning – there was about a million ethnic Germans living in the country who had been deported to Kazakhstan in Stalin’s times. Many of them wanted to move to Germany after the collapse of the Soviet Union. Despite the fact that Kazakhstan needed labour force to create independent state, the country did not prevent the Germans’ desire but actively supported them. Therefore, many ethnic Germans managed to come back to their ancestral homeland. About 800,000 of them currently live in Germany and create a so called “living bridge” between our countries.

Relations between our countries have always been positive. When I came to Kazakhstan in 2011, the country had just concluded successful chairmanship of the OSCE in 2010 which was marked by personal participation of the Federal Chancellor Angela Merkel in the Astana summit in December 2010.

For five years of my work as the Ambassador, Kazakhstan continued developing on the international platform playing a far more important role within the “international concert” than most of the countries with population around 18 million usually do. Since the first years the independent, the state has confirmed itself as a trustworthy counsel for the world free of nuclear weapons by complete refusal from the nuclear arsenal left from the Soviet Union. Kazakhstan is an important actor of the Eurasian Economic Union; it plays a significant role in Iranian negotiations, the Syrian peace process, as well as in overcoming the Ukrainian crisis. Kazakhstan in light of its foreign policy was justly invited as a non-permanent member of the UN Security Council.

The fact that Chinese President Xi Jinping chose Astana and Nazarbayev University for the official presentation of the project of the century – “New Silk Road” in September 2013 should not be forgotten.

The Kazakh-German relations have been constantly developing since my appointment as ambassador in 2011. The commodity agreement signed in 2012 is a good platform for further long-term development of our economic relations. Germany as one of the first countries that confirmed its participation in EXPO 2017, and I hope that it thereby contributed to the success of this big event. The visit of the newly elected Federal President Frank-Walter Steinmeier, a long-standing friend of Kazakhstan and its President in July of this year, emphasised this.

In my opinion, Kazakhstan is an example of successful development. However, there is no room for complacency, and, in accordance with changing premises, conditions should be created for the country to continue developing. The country’s leadership knows that, and therefore it has announced extensive political and economic reforms. If the country implements these reforms gradually, the country will develop consistently the following 25 years. Kazakhstan can count on Germany as a reliable partner.

The author served as German Ambassador to Kazakhstan in 2011-2016.