By Aigerim Bulambayeva in Business on 5 October 2017

ASTANA – Kazakh manufacturer Zhamal-ai has been making footwear for more than 20 years. Company director Zibira Khassanova recently spoke about the obstacles faced by the country’s producers, limitations on the domestic shoemaking industry and the firm’s plans for the future. 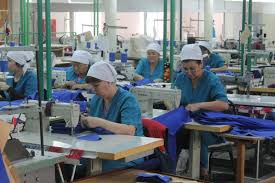 Zhamal-ai strives to create high-quality leather products at reasonable prices, she said, noting domestically produced shoes are superior to those imported from Turkey because of the lower price. The company cooperates with Intertop, one of the nation’s biggest retailers in the shoe market.

“We have been actively working with Intertop for two years now. It orders our shoes on a regular basis. We like cooperating with it, yet the scale of the order is not big,” said Khassanova.

She added the Kazakh shoe industry is undermined by customer’s expectations and suggested poor marketing practices as a potential reason for the unsatisfactory space allocated for domestic manufacturers.

“We manage to carry out the orders. We are engaged in sales through our dealers here in Aktau as well as in Astana, Aktobe, Atyrau and Ozen. However, people in Kazakhstan are used to buying cheap shoes. When they look at our prices, they become unwilling to buy our shoes. They think that if something is domestically produced, it must be sold at a very low price, almost for free. Actually, the prices for our products are not high, taking into account their quality,” she said.

Khassanova based her forecast for this year’s market on Zhamal-ai’s sales.

“Overall, we are at the same level as we were last year. I cannot say that this year’s results would significantly differ from the results for last year,” she said.

She described the Kazakh footwear industry as “steady,” but not necessarily in a positive way.

“Retailers ‘taught’ Kazakh customers to buy foreign products. It is as if we were invisible to them. The share of the local shoe industry in the market is small. It has not increased for the past years,” she said.

Despite the hardships experienced by local producers, Khassanova indicated there are certain advantages to being a shoe producer in Kazakhstan. During the 2008-2009 and 2015 crises, the government undertook a plan to help domestic manufacturers.

“Describing the company’s condition during the 2008 crisis as ‘hard’ is not enough. However, even the crises had their positive sides. It was during the 2008 crisis that the government obliged governmental companies to buy domestic products. Before that policy, we had to compete with international companies that had certain advantages due to the economies of scale. Of course, this policy will not last forever, but it had a strong positive impact on domestic industry growth,” she noted.

Khassanova also spoke about the company’s future, including questions of expanding and exporting goods.

She added Kazakh footwear exists mainly due to governmental orders. Demand for private orders is low and it is hard for domestic producers to compete with foreign companies. She suggested increasing their competitiveness level may involve enhancing the country’s raw materials market for light industry.

“The raw materials market of light industry are not developed in Kazakhstan and it is one of the most compelling issues. We have to import all the raw materials from abroad,” she said.

She also noted disadvantageous credit terms offered by the banking sector as a hindrance to growth for domestic producers.