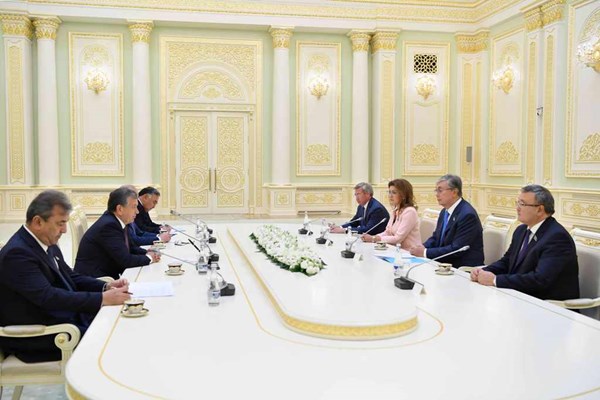 Tokayev praised bilateral relations and said parliamentarians from the two countries could work to implement initiatives presented by the two presidents at their meeting in early September, including management of Aral Sea basin water resources.“The recent state visit of President of Kazakhstan Nursultan Nazarbayev, within the framework of which a large package of documents was signed, has brought bilateral relations to a qualitatively new level, giving impetus to the peoples of the two countries to reinvigorate the centuries-old ties of friendship and cooperation,” said Tokayev. He also said Kazakh-Uzbek cooperation contributes to regional and international stability and security.

Tokayev also thanked Uzbekistan for meeting the needs of ethnic Kazakhs living in Uzbekistan, including 164 schools that teach in the Kazakh language.

While in Tashkent, Tokayev also met with Head of the Senate of the Oliy Majlis (Parliament) of Uzbekistan Nigmatilla Yuldashev and Speaker of the Legislative Chamber of the Oliy Majlis Nurdinjon Ismoilov. Kazakh and Uzbek delegations discussed development of inter-parliamentary dialogue and cooperation in the field of lawmaking. They also agreed to intensify inter-parliamentary contacts within the framework of international organisations.