By Anuar Abdrakhmanov in Sports on 3 October 2017

ALMATY – Team Kazakhstan secured a place in the Federation Internationale de Volleyball (FIVB) Women’s Volleyball World Championship next year in Japan by finishing as runners-up in the Asian qualifier Pool A finals. 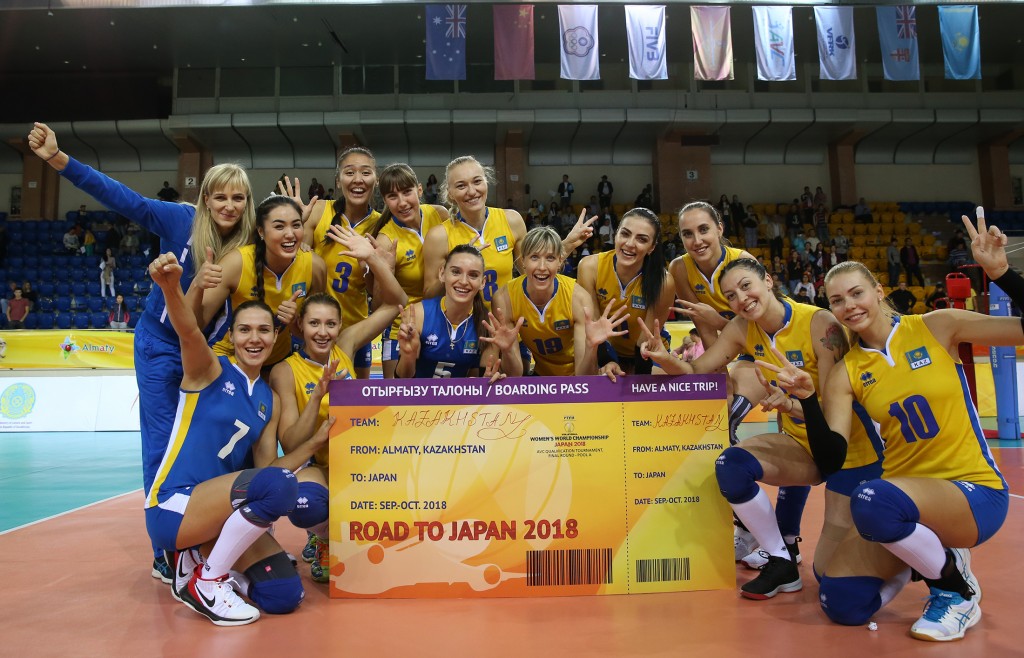 “On behalf of myself and the whole team, I would like to express great gratitude to our fans. The support we received at home greatly helped us. We worked very hard, training twice a day, two and a half hours in the morning and three in the evening [before the tournament.] All this helped us achieve the goal of securing a berth to the world championship in Japan. I would also like to express my gratitude to the management of the Volleyball Federation of the Republic of Kazakhstan. The fact that the tournament was held in Almaty was a very significant event for our country’s volleyball lovers. I think hosting such competitions helps a lot in promoting the sport in Kazakhstan,” said Team Kazakhstan head coach Vyacheslav Shapran.

Next year will be the Kazakh national team’s fourth consecutive appearance in the event, as the squad previously played in 2006, 2010 and 2014. Thailand and South Korea won the first two places in Asia’s Pool B to secure berths in the 24-team tournament.