Founded in 2014 by Rakishev together with Israeli entrepreneur and investor Moshe Hogeg and Tal Cohen, the company seeks to become the world’s leader in “secure open source consumer electronics for the blockchain era.”

In 2016, Sirin Labs presented its flagship product – an ultra-secure Solarin smartphone worth $14,000 and among other features, equipped with advanced hardware and software technology as well as encrypted messaging and calling mechanism.

The second line that is currently in development is named Finney in honour of software engineer and a bitcoin pioneer Hal Finney who passed away in 2014.

The company noted that at present, many smartphone developers sacrifice data privacy for a better user experience, yet the Sirin Labs team intends to develop a smartphone that will ensure both at the highest level.

The Finney smartphone will operate in an independent blockchain network running on Android and the company’s open source Shield operating system required for a phone to be able to perform blockchain operations and support blockchain applications, including cryptocurrency wallet, secure payments and transactions, decentralised application store and P2P resource sharing module with other Finney smartphones. 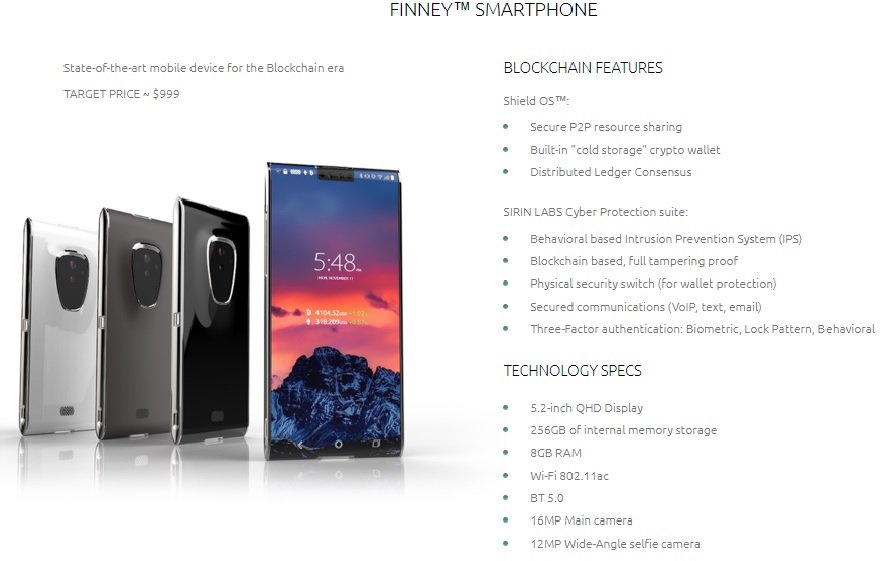 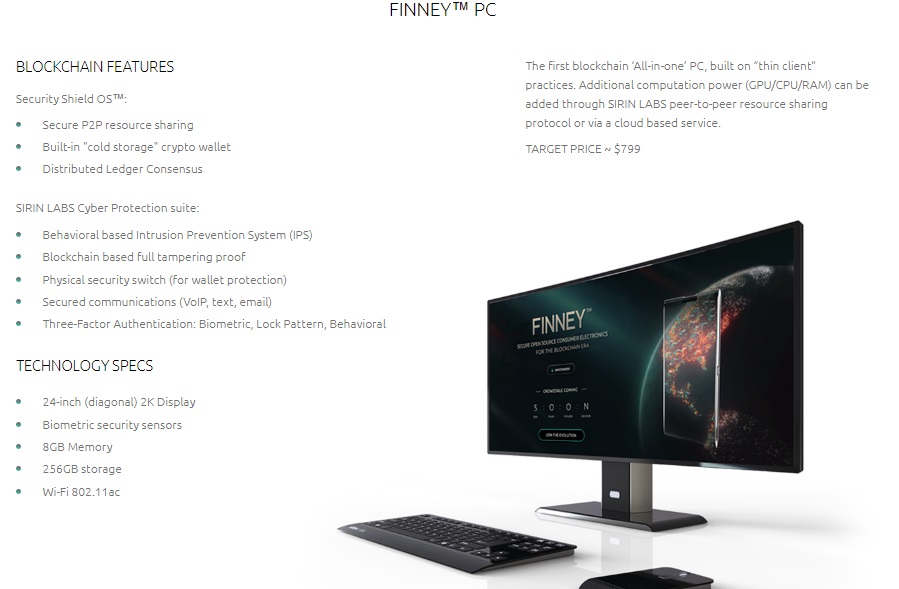