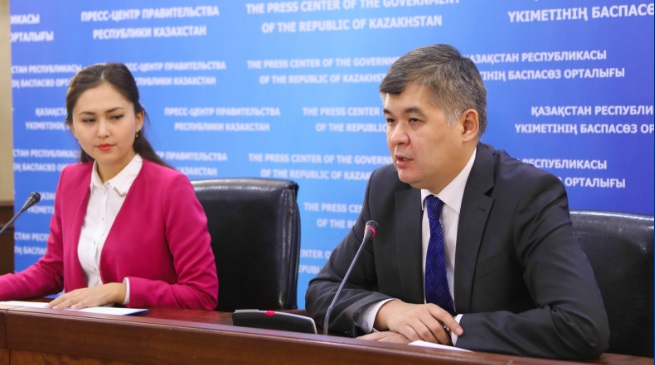 Paediatric service has been restored to improve the quality of medical care for children under six and reduce the burden on general practitioners. Twenty-three such services have been opened in the country this year and another 84 are scheduled to open by Dec. 31. With next year’s class of interns and paediatricians, 230 paediatric services should start, complimented by more than 500 annually from 2019-2024. The services should satisfy 100 percent demand in paediatric areas by 2024.

A disease management project is also being executed based on active management of patients with chronic diseases. The effort was implemented this year in all 16 regions, doubling the number of patients participating in the programme.

A differentiated approach is anticipated to provide emergency and urgent care to improve emergency services and solve problems in NSR service work. Calls are optimised by urgency and grouped by symptom. Plans are also underway to introduce emergency department doctors, a new specialty to provide timely emergency care, such as initial resuscitation and other measures to stabilise patients.

As part of the national drug policy, 53 long-term contracts have been concluded to date, including 24 this year. The share of domestic producers by a single distributor was 75 percent in physical terms, 30 percent in monetary terms. Prices have been reduced by 23 percent for 175 drugs items. At the outpatient level, about 2.5 million patients are provided with medications, with plans to increase the figure to 3.8 million patients in 2018.

The compulsory medical insurance programme began July 1 with contributions from employers and entrepreneurs. Considering the barrier reduction for private suppliers, measures are being taken to procure medical services for 2018. A healthcare database was established identifying 1,519 providers, 686 of which are private.

In conjunctions with the regions, the ministry is also developing a single perspective plan to develop the health infrastructure, which calls for transforming the network, updating the infrastructure and training medical personnel regarding the rational use of resources.

To date, long-term plans to develop the infrastructure in Astana and the Aktobe, Atyrau, Karaganda, Mangistau, West Kazakhstan and Zhambyl regions have been considered. Work on the unified prospective plan together with investment plans should be completed in the first ten days of November. Adopting and implementing a single long-term infrastructure development plan will provide an 11.2 billion tenge (US$33.2 million) savings for 2017-2025.

To increase the level of the medical teaching staff, the Centre for Transfer of Innovative Technologies was established at Karaganda State Medical University to further enhance teachers’ capacity and revise training and development programmes.

The second stage involves implementing the strategic partnership between domestic medical schools and leading foreign universities. Seven foreign specialists from France, Italy, Poland, Sweden and Turkey were invited to manage positions and serve as professors and plans are underway to attract three additional specialists by the end of the year. New standards for training medical personnel in all fields have also been approved.

Birtanov reported medical information systems are being introduced aimed at digitally modernising healthcare and transitioning to a paperless work format. A pilot project is being planned for next year in the Akmola, Karaganda and Kostanai regions to switch to paperless management. According to the results of the first half of 2017, 74.4 percent of healthcare organisations are computerised compared to 34.3 percent in the beginning of the year.