IT Quarter launches in Almaty

ASTANA – An IT Quarter for the development of information technologies has been launched in the centre of Almaty. The 17,000-square-metre facility will become the new home of 10 IT companies and 15 start-ups by the end of the year. 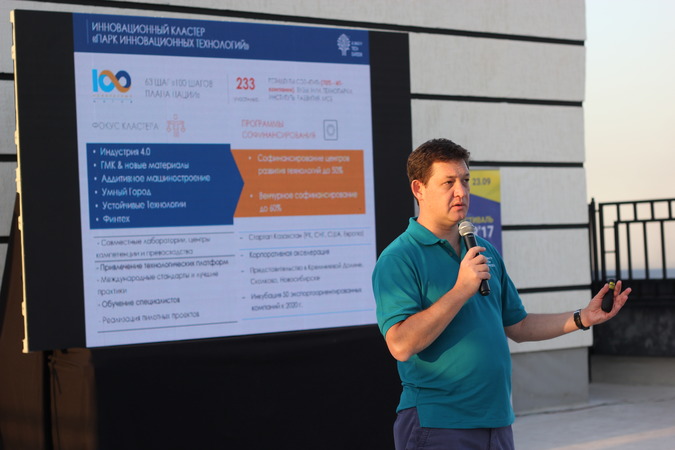 “By opening the IT quarter, we are creating soft infrastructure in the city that will give IT companies the opportunity to consolidate and achieve a synergetic effect,” said Almaty Tech Garden CEO Sanzhar Kettebekov, according to inform.kz. “We are happy to provide a platform for developers, innovators, creative people whose economic function is to create new ideas, new technologies and new creative content. At the same time, at the Park of Innovative Technologies Special Economic Zone we are developing an ecosystem aimed at the innovative development of heavy industry: machine building, new materials, geological exploration,”

Residents of IT Quarter will have access to modern technology platforms of companies such as IBM, ARM, Autodesk, 1C and other specialised businesses. In addition, the quarter is suitable for the extraterritoriality of the Park of Innovative Technologies, so they will also get tax benefits and preferences, including exemptions from social tax, land tax and property tax. At the moment 45 companies in the special economic zone are potential participants of the IT Quarter.

As the quarter develops, the construction of a separate campus will be considered, a project that would be undertaken with the International Information Technology University.

The initiative to create the IT Quarter is being implemented by the Autonomous Cluster Fund Park of Innovative Technologies, which operates under the brand of Almaty Tech Garden. The programmes are supported by the Kazakh government in order to promote the development of the IT industry and the effective implementation of the digital transformation of Kazakhstan. Private money is sought as co-investments.

According to Kettebekov, step by step, Competence Centres are being formed in areas such as Industry 4.0, New Materials and Mechanical Engineering.

“Also, the possibility of creating a geological cluster in the special economic zone is being explored, and work is underway to attract large subsoil users as investors,” he added.