ASTANA – The first Astana Media Week kicked off in the capital city Oct. 4, bringing major media corporations and production companies together to set up partnerships and draw attention to salient issues in the nation’s media industry.

Organised by the Ministry of Information and Communication, the three-day event incorporating talks, meetings and seminars is part of the government’s efforts to support the modernisation of Kazakhstan’s identity as instructed by President Nursultan Nazarbayev. 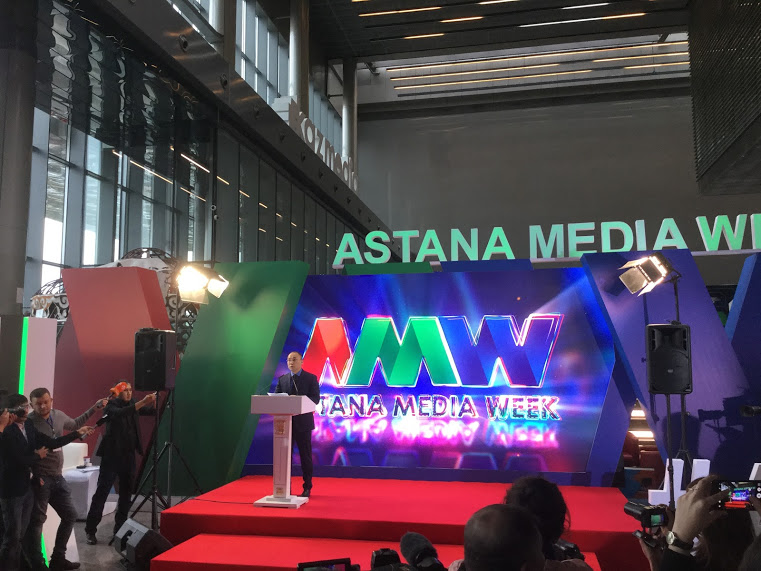 Minister for Information and Communication Dauren Abayev opened the event calling it a “unique experience” for all participants, including 93 production companies, 15 national and seven foreign TV channels.

“It was a big surprise for us that so many production companies are working in Kazakhstan,” he noted.

“We believe that the week will become a revolutionary event every year playing an important role in building close partnerships between journalists, media holdings, media and various ministries not only in Kazakhstan, but in our entire region,” Abayev continued. “Holding such a large-scale event is a natural consequence of the increasing attention of the state and society to problems in the field of mass communications. It is not only about media, but also informational interaction between authorities and society, the tremendous development of social networks and the internet and the subsequent emergence of new ethical dilemmas.”

The event will build ideas and intellectual and creative activities, the minister said, which carry with them the power to drive rapid development in the industry.

The platform is also unique, according to Askar Ashimov, general director of Kazakhstan’s major media outlet Qazaqstan TV, as it allows for direct contact between clients and production companies, which previously was not the case.

“Here you can see the products and get to know which product to buy or whether it interests us. I believe we need to continue [the event] further,” Ashimov told The Astana Times.

The channel has embarked on a new season, but has set more ambitious goals than in previous years, especially after Qazaqstan TV’s recent comprehensive and large-scale rebranding.

“None of the channels did such major rebranding and we were also one of the first to switch to Latin-based spelling,” he added.