ASTANA – Football club Kairat Almaty claimed the Kazakhstan Cup for the seventh time in front of 10,400 spectators on Oct. 14 at Aktobe city’s Central Stadium with a 1:0 win over FC Atyrau. 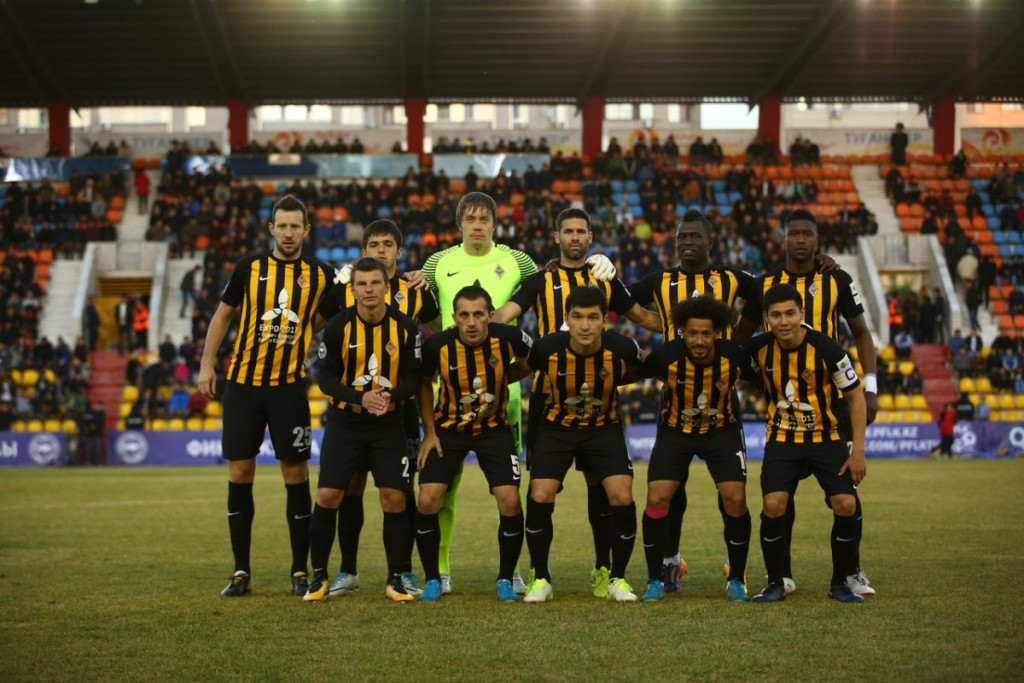 Kairat were recognised as firm favourites ahead of the match. They began justifying those expectations by dominating the pitch from the earliest minutes. Kairat’s main star player, attacking midfielder Andrey Arshavin made a dangerous long ranger, but the ball passed above the net. Atyrau’s forward Sikimic Predrag responded with a threatening strike, handled well by the opponents’ goalkeeper. Before the half-time whistle, Kairat’s forward Gerard Gou took advantage of the Atyrau players’ mistake and went one on one with goalkeeper Zhasur Narzikulov, who, however, showed his saving skills.

In the second half, Kairat continued to have the upper hand. Midfielder Magomed Paragulgov made a long ranger that tested the goalkeeper’s vigilance. Almaty players eventually scored once before the end of the game. Gou took advantage of the Atyrau defenders’ howler and scored – 1:0. Kairat continued to pressure and had a few more chances to consolidate their advantage, but the score never changed.

“I want to congratulate my players. I also want to congratulate the Atyrau team, because they have come a long way to the finals. We expected that we would control the ball and lead but also expected counterattacks from Atyrau. After we scored, they got more active. We also had some more chances, but could not turn them into goals,” said Head Coach of FC Kairat Carlos Ferrer.

“First of all, I would like to thank my players for their dedication. I think they played very well. We made an individual mistake, but I would not dwell on that. We failed to use our chances. Kairat took advantage of theirs. I want to thank our fans who came here and cheered for the team. We felt their support. We wanted to give the cup to Atyrau as a present on the City Day, but, unfortunately, it did not happen,” said Acting Head Coach of FC Atyrau Kuanysh Kabdulov.