Civil servants from Russia improve their qualifications in Kazakhstan

ASTANA – The Academy of Public Administration under the President of Kazakhstan hosted a seminar on introducing modern management technologies in the activities of state bodies for the basic and advanced level of Russia’s reserve of management personnel, according to the press service of the academy. 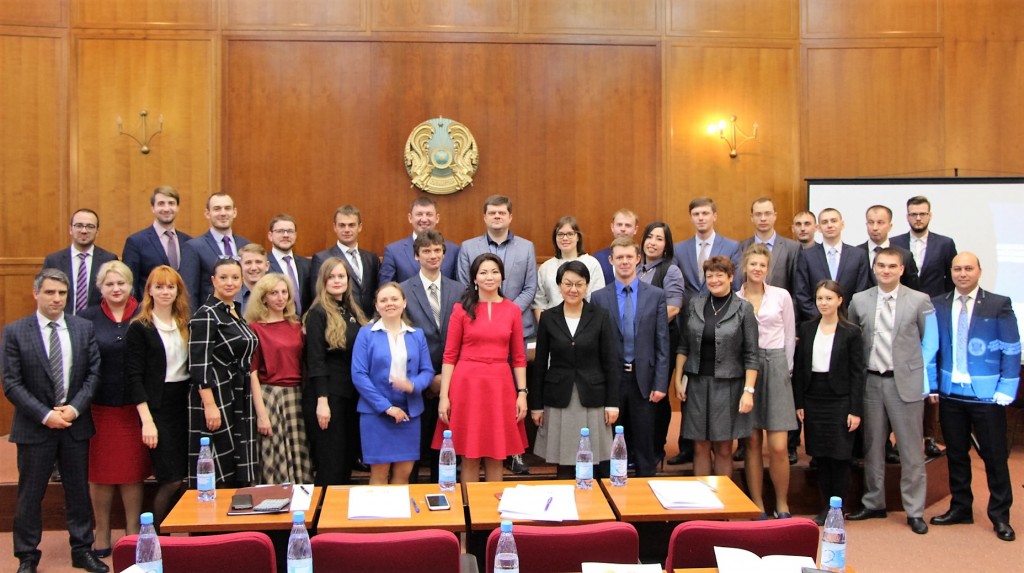 Photo credit: press service of The Academy of Public Administration under the President of Kazakhstan

The seminar was attended by 30 civil servants from different regions of Russia who are employed in ministries, including as heads and deputy heads of departments and administrations.

As part of the internship, the Russian delegation were to meet with representatives of the Ministry of National Economy, the Administration of President, the Agency of for Civil Service and Anti-Corruption and Government for Citizens.

The academy aims to train globally minded civil servants with a full range of professional and personal competencies capable of effective management and making decisions aimed at improving the well-being of the population. The development of the academy is based on the principles of transparency and maximum involvement of stakeholders.

The academy cooperates with the Assembly of the People of Kazakhstan. This year, a national training seminar,  “Modernisation of public consciousness: educational, humanitarian, socio-cultural bases and implementation mechanisms,” was launched. Due to the seminar, civil servants dealing with issues of state policy in the field of interethnic and interdenominational relations, social harmony and national unity; and experts in religious affairs and language development had an opportunity to be taught how to implement national programmes while taking into account modernising public consciousness.

The academy operates in regions as well, holding specialised events. A seminar on national policy in the field of strengthening and developing Kazakhstan’s identity and unity was held by the academy’s experts in Taraz Sept. 15.

This year, the academy simplified the procedure for admission and extended the deadline for accepting documents from two weeks to nearly three months, from May 1 to July 27.