ASTANA – Bal Tekstil has been professionally manufacturing carpets and rugs in Ontustik, the South Kazakhstan region’s special economic zone, since 2011. During that time, the company has not only developed its production and implemented yarn-making technology, but has signed a supply contract with IKEA, Sweden’s international home furnishings retailer. 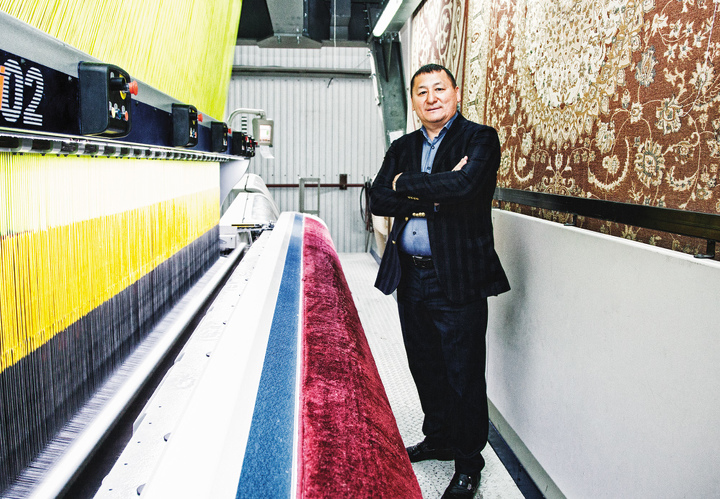 “In the world, 95 percent of carpets are synthetic, because they look better; they are more practical and cheaper than natural ones. This is important, as people began to change the interior more often,” said Bal Tekstil director and founder Talgat Iskhakov, noting the factory uses polypropylene to produce its carpets, according to forbes.kz.

“Carpets are woven from three kinds of threads. The transverse warp thread is jute, which is produced in Bangladesh, where we buy it. A longitudinal thread is a mixture of cotton and polyester. We import it from India or China. Pile thread is made from polypropylene, but polypropylene has to be purchased in Russia. We tested trial batches of raw materials in Pavlodar, but their samples did not fit; the fluidity is low and you cannot make a thread for carpets from such polypropylene. Now, they want to build a gas processing plant in Atyrau. If its polypropylene is suitable for us, we will purchase raw materials there which, of course, will reduce the cost of production,” he added.

Iskhakov has been involved with carpet wholesaling since 1994. Although he devised the idea of manufacturing in the early 2000s, the concept did not become a reality for nearly a decade. In 2011, together with Turkish company Kartal Hali Tekstil, he registered the new company in Ontustik and began making carpets in October 2013. 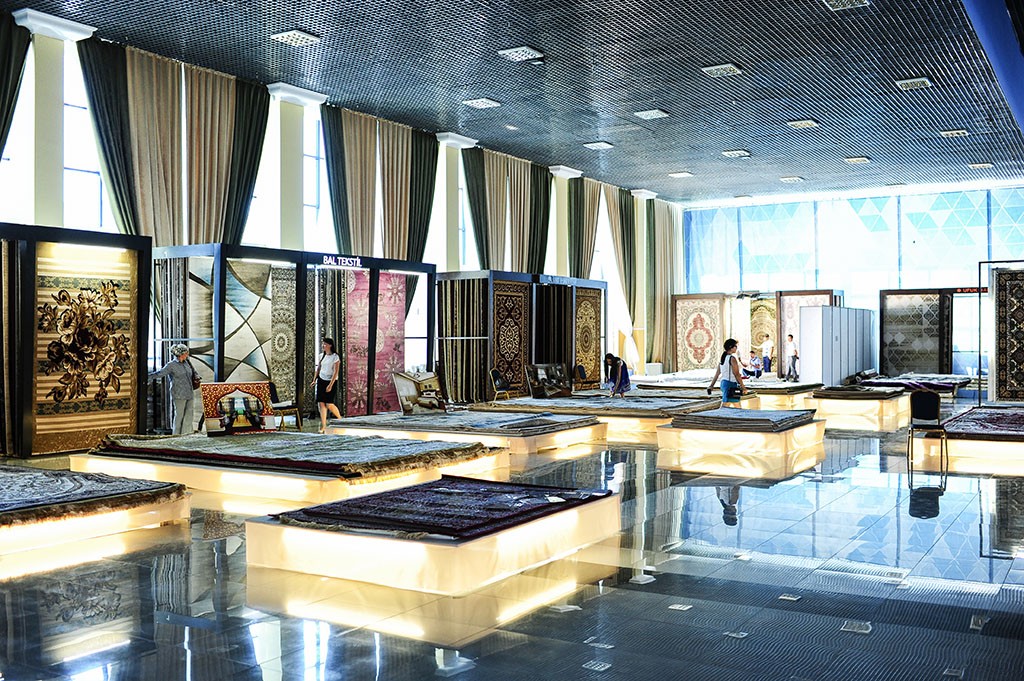 “The state has created a special economic zone in South Kazakhstan to develop carpet production as well as other things. The enterprises on the territory of the special economic zone were provided with the road, gas, sewerage and water supply. …. We do not pay corporate, land and property taxes and imported raw materials are not subject to customs duties. The six-hectare land was given to us for 10 years rent free; then, we will need to buy it at the cadastral value. In addition, in Shymkent the labour is cheaper and the climate is mild,” said Iskhakov.

Bal Tekstil not only manufactures carpets and rugs, but also the necessary yarn, making it the only such facility in the country. Implementing German technology has allowed the company to cut prices by 20 percent. The 20-person design department creates hundreds of classic, national, modern and other patterns and the factory produces more than a dozen different types of carpets.

“We define types of carpets not by pattern, but by density; more precisely, by the number of knots in one square metre, the thickness of the thread and the height of the pile,” he said. 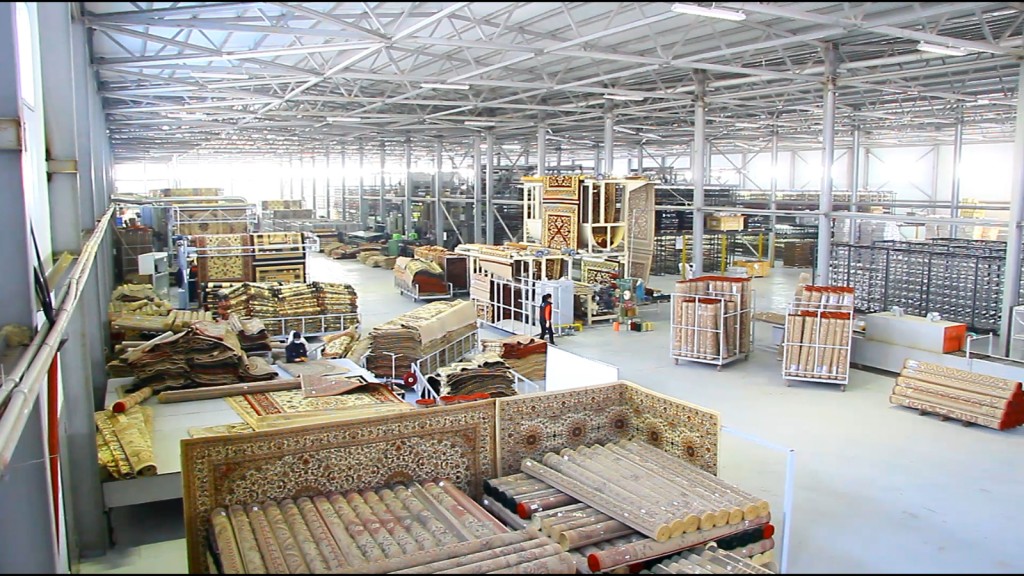 Bal Tekstil started exporting carpets in 2015 when the rate was 12 percent. In the first three months of 2016, the indicator reached 20 percent. At the same time, the company started suppling IKEA. The factory was required to complete six checks during an 18-month period to become the first local company to cooperate with the Swedish brand. The first batch of 100,000 square metres was manufactured in April 2016 and the carpets are sent to China, Russia and the United States.

“When choosing suppliers, we are guided by the IWAY code, whose requirements include the conduct of transparent business, compliance with legislation, ensuring proper working conditions for own employees and taking care of the environment,” according to IKEA’s Russia and Commonwealth of Independent States (CIS) press service.