By Dana Omirgazy in International on 10 October 2017

ASTANA – The International Campaign to Abolish Nuclear Weapons (ICAN), having played a key role in bringing to approval by 122 countries of the Treaty on the Prohibition of Nuclear Weapons, was awarded the 2017 Nobel Peace Prize on Oct. 6. 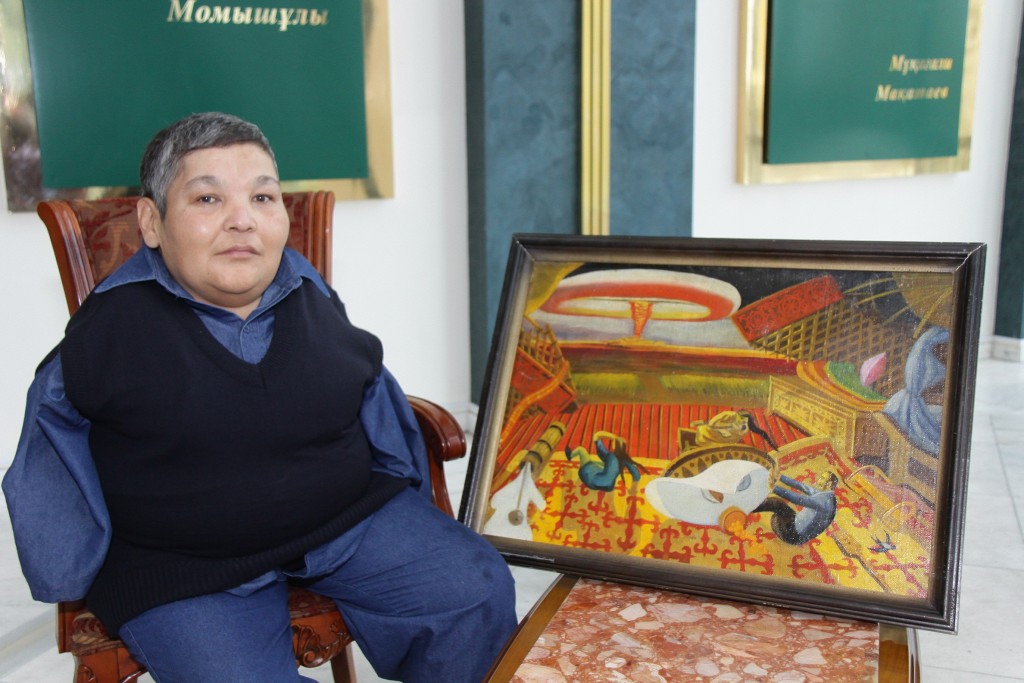 As part of the coalition of organisations forming the ICAN, ATOM Project Honorary Ambassador Karipbek Kuyukov congratulated ICAN and all the nuclear disarmament partners it represents for the recent announcement of the award.

“Having recently collaborated with ICAN, I want to congratulate ICAN on its Nobel Prize and thank the organisation for its work with The ATOM Project and other non-proliferation partners to achieve a nuclear-weapons-free world. This award truly brings to the fore the issue of nuclear non-proliferation and the hard work of ICAN members around the world and others who are striving to remove the threat of nuclear weapons,” Kuyukov said. 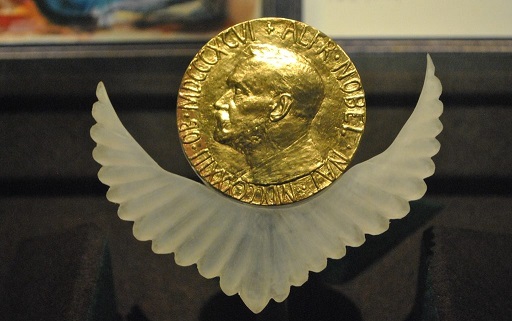 The ATOM Project has received the support of many anti-nuclear activists in various countries of the world thanks to the cooperation with the anti-nuclear campaign group, which started immediately after Kazakh President Nursultan Nazarbayev initiated the project on Aug. 29, 2012.

“Since then, I have had the privilege of regularly participating in ICAN events – in Oslo, New York, Geneva and other cities around the world. ICAN are real our comrades-in-arms, or rather comrades against arms. I am pleased to realise that our common efforts have finally received a worthy recognition on a global scale. I believe that this award is an opportunity to remind the world about the tragic consequences of nuclear weapons tests and to encourage the broad international community to take decisive action to finally ban it. This is exactly what our President Nazarbayev and Kazakh people have been seeking to achieve since 1991,” Kuyukov said.

Formed in 2007, ICAN is a Geneva-based global civil society coalition made up of 468 partner organisations, including The ATOM Project, in 101 countries. 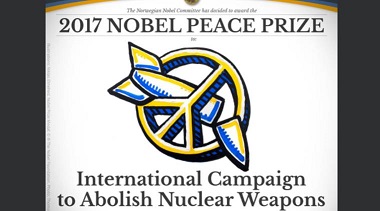 The Nobel committee awarded ICAN the peace prize for ICAN’s “work to draw attention to the catastrophic humanitarian consequences of any use of nuclear weapons and for its ground-breaking efforts to achieve a treaty-based prohibition of such weapons.”

“It is a great honour to have been awarded the Nobel Peace Prize for 2017 in recognition of our role in achieving the Treaty on the Prohibition of Nuclear Weapons,” said an ICAN statement released Oct. 6. “This historic agreement, adopted on July 7 with the backing of 122 nations, offers a powerful, much-needed alternative to a world in which threats of mass destruction are allowed to prevail and, indeed, are escalating.”

The ATOM Project was started by Nazarbayev, who shut down in 1991 the Semipalatinsk Nuclear Test Site in the eastern Kazakhstan after the Soviet Union had conducted more than 450 nuclear weapons tests there over 40 years. The tests affected more than 1.5 million Kazakh citizens, including many who, to this day, in the first and the second generations, suffer early death, lifelong debilitating illness and birth defects.

Kazakhstan knows the horrors of nuclear testing and, through The ATOM Project, has become a world leader in the non-proliferation effort.

“Human suffering of victims exposed to radiation, the environmental degradation, and economic loss should never be forgotten. The ATOM Project is an expression of the strength of the people of Kazakhstan: in suffering, they found determination; in despair, they found awareness; in tragedy, they found firm conviction of a better world. While telling the stories of the survivors of nuclear tests, the ATOM Project creates awareness of the human and environmental cost of nuclear testing, and acts as a strong voice for millions of citizens all over the world united in their desire to stop nuclear testing forever and to choose a different future,” said Lassina Zerbo, executive secretary of the Comprehensive Nuclear-Test-Ban Treaty Organisation at one of the events organised together with the ATOM Project.