ASTANA – Kazhydromet has been testing an innovative environmental monitoring technology which Finland presented at EXPO 2017. If successful, the system might be introduced on all city posts, said weather service laboratory head Dana Amanbayeva during a government press conference. 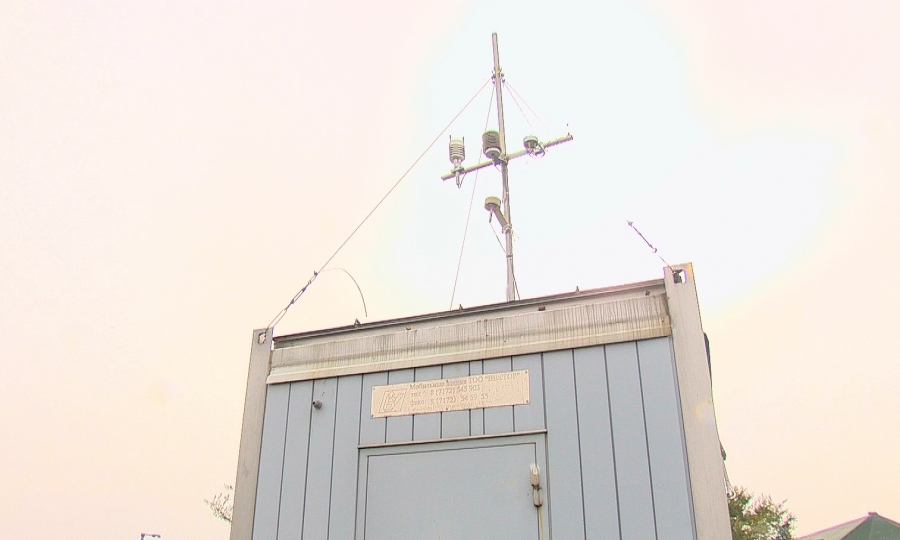 “The Vaisala sensor was installed July 11 on the automatic air quality control sensor to adapt and compare data with Russian-made instruments currently used to monitor air quality in Astana,” she noted.

Kazhydromet has been cooperating with Vaisala Group since 2005. The Finnish partner presented the automatic AQT-420 atmospheric air quality sensor, which automatically measures the concentrations of pollutants such as nitrogen dioxide, carbon monoxide, sulphur dioxide, ozone and PM-2.5 and PM-10 suspended particles, at the international exposition.

The main advantages of the sensor are its size and the fact it can be installed anywhere in the city. There is no need to use a separate plot of land, the common practice for the Russian sensors currently in use. The Finnish models can be installed on a pole or wall or roof of a building. In addition, they have high accuracy with an error rate of 1-3 percent, which is the best indicator for such devices, said Amanbayeva. Due to the solar panels, the sensor also has low power consumption.

She noted the importance of having an extra set of meteorological parameters for this type of equipment in addition to air quality sensors. When determining pollution, the direction and speed of the wind and other environmental parameters must be known.

Some shortcomings were also revealed during the test period. The monitoring system does not have sensors to determine hydrogen sulphide and nitrogen oxide, important components for air control in large cities. Vaisala plans to finish developing the sensors by the end of the year.

The enterprise will continue the tests until the spring-summer of 2018. During this period, adapting the sensor to Kazakh weather conditions will be checked, as well as comparing the data received with the data from the current automatic gas analysers.