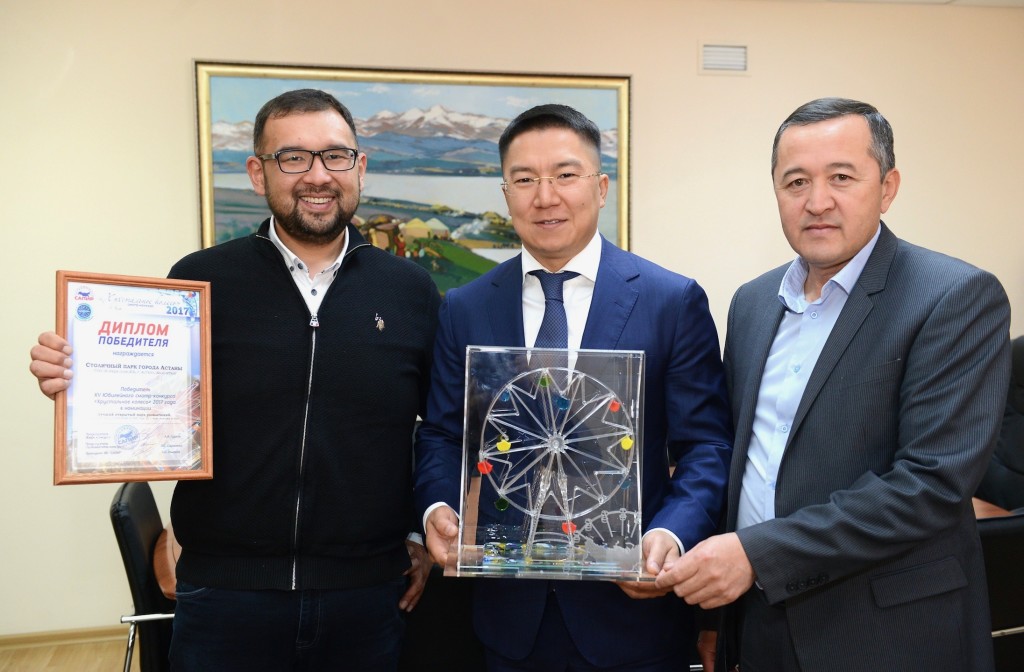 “It’s a result of many years of hard work aimed at developing leisure and cultural attractions in the capital. This is the first award in the large-scale category and we decided to dedicate this prize to the 20th anniversary of our capital,” said city akimat (administration) culture, archives and documentation department head Bolat Mazhagulov.

The contest, the only one of its kind in the region, attracted 162 participants to recognise the entertainment and leisure industry leaders in the Commonwealth of Independent States (CIS).

“This category included all parks located in Moscow, Minsk, St. Petersburg, Tbilisi and other major cities except for Sochi Park, which was built in 2014 on the eve of the Winter Olympic Games,” according to the department press release. Stolichniy Park was recognised for its multifunctional appeal, with a beach, outdoor pool area, and ski-roller track in addition to other attractions in the area. The park is divided into a waterside, central alley, four rock shelters with a mosaic interior, fountain and an Olympic area.

Entertainment events including sports activities, and non-sporting healthy alternatives were held daily during the summer for children and adults.

The contest was held in a forum format, with entertainment industry representatives from various countries sharing their experiences and attending educational seminars. The event was held at Sochi Park, the largest park in Russia and the CIS with more than one million visitors yearly.