By George D. Gleboff in International on 1 September 2017 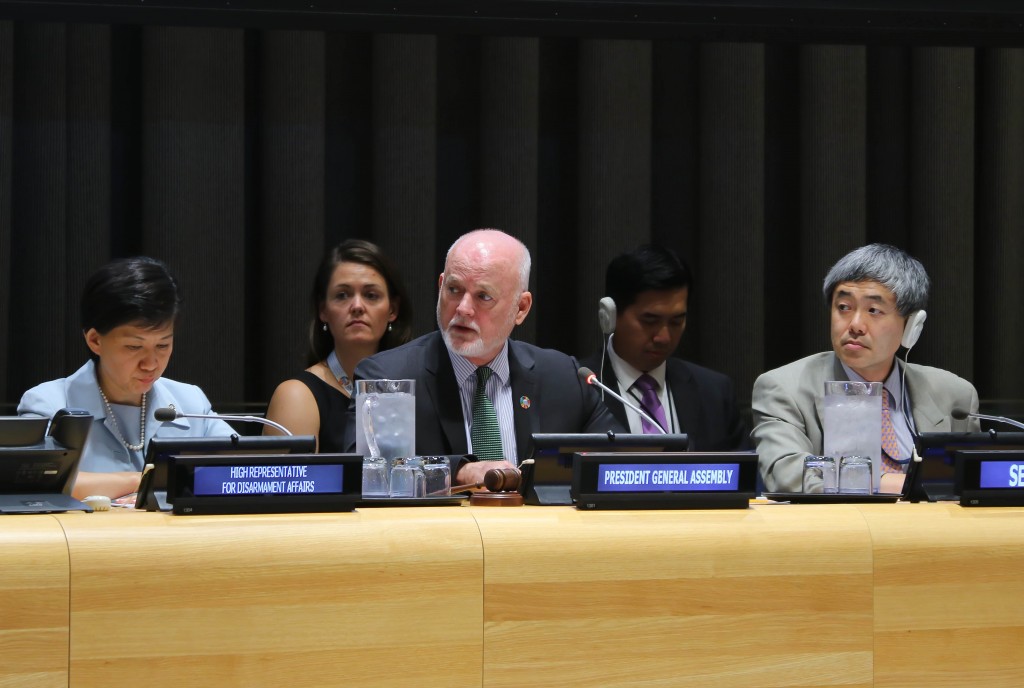 Addressing the audience, UNGA President Peter Thomson called for global action to halt nuclear tests and the proliferation of nuclear arsenals and materials.

Under-Secretary-General and High Representative for Disarmament Affairs Izumi Nakamitsu made a statement on behalf of UN Secretary-General António Guterres. The speech reflected the importance of this date, Aug. 29, the UN International Day against Nuclear Tests, as a tribute to the victims of nuclear tests and a reminder to all humankind of a serious threat to international stability and security. It also called upon all countries to unite their efforts for the early entry into force of the Comprehensive Nuclear-Test-Ban Treaty (CTBT).

“More than 2,000 nuclear tests have been conducted over the past seven decades — from the South Pacific to North America, from Central Asia to North Africa.  They have harmed some of the world’s most vulnerable peoples and pristine ecosystems,” the statement noted.

Nakamitsu also underlined that on Aug. 29, 1991 the Semipalatinsk nuclear test site was shut down by decree of Kazakh President Nursultan Nazarbayev. 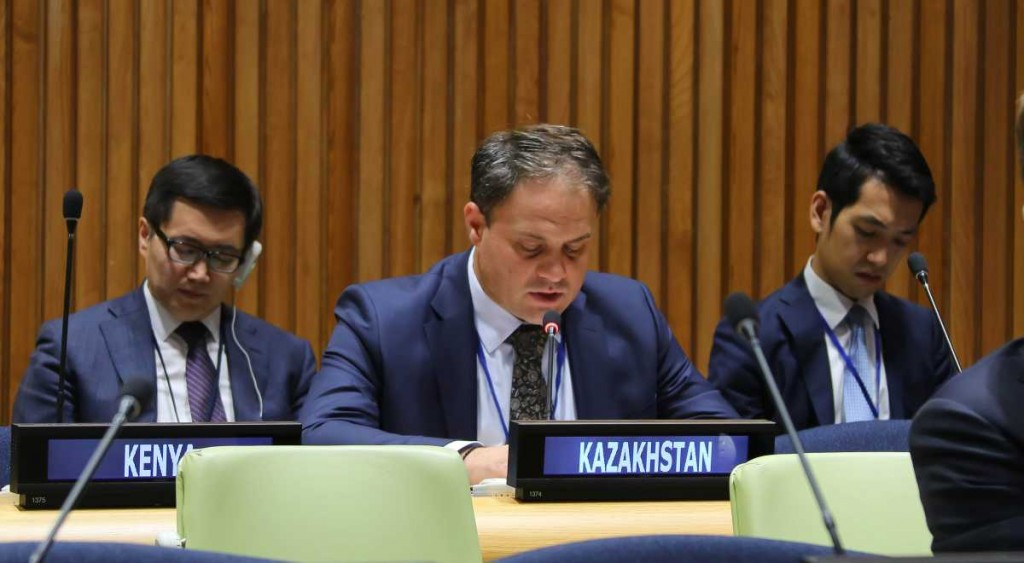 Welcoming the participants, Vassilenko said he took every member state’s participation in the meeting “as an indication of our common firm commitment to a world without nuclear tests, as well as our true aspirations to ultimately build a future without a nuclear threat.”

According to Vassilenko, the International Day against Nuclear Tests was designated by the UNGA as it unanimously adopted Resolution 64/35 Dec. 2, 2009. He thanked the UN community for endorsing this resolution, initiated by Kazakhstan, and especially the large number of member states who co-sponsored it.

Vassilenko said that Aug. 29, 1991, led to the subsequent silencing of many test sites and to other global actions and processes to reduce the global nuclear threat, including the development of the CTBT. The CTBT progressed considerably, he observed, and already provides an important service to mankind through its advanced monitoring systems. A new nuclear-weapon-free zone in Central Asia was established, the first of its kind in the Northern Hemisphere.

Since 2015, he continued, Kazakhstan, along with Japan, as Co-Chair of the Article XIV Conference on the CTBT’s early entry into force, has urged all stakeholders to work aggressively towards the treaty’s entry into force.

“Yesterday, Kazakh Foreign Minister Kairat Abdrakhmanov and CTBTO Executive Secretary Lassina Zerbo, in their joint statement called on all UN member states to commemorate the International Day against Nuclear Tests annually by holding joint international events devoted to the urgent need for the early entry into force of the CTBT, especially given the continuing worrying quest for nuclear capabilities and nuclear tests in different regions of the world, including the Korean Peninsula,” said Vassilenko.

He urged those states that have not yet signed or ratified the CTBT to do so without delay, and especially called on the remaining eight CTBT Annex II States, whose signatures and ratifications are needed for the treaty’s entry into force, to demonstrate leadership in taking this important step.

Vassilenko mentioned The ATOM Project and its Honorary Ambassador and artist Karipbek Kuyukov, who was born armless because of the effects of nuclear testing at Semipalatinsk, have done a lot to tell the world of those consequences. “And I would urge everybody to learn that history to get motivated for further striving towards the noble goal of legally ending nuclear weapons testing on this planet,” he declared.

“We believe the recently adopted Nuclear Weapons Ban Treaty will become yet another step towards a world free from the nuclear threat. We believe the ban treaty can and should contribute to further progress in nuclear disarmament, including the early entry into force of the CTBT,” said Vassilenko.

Vassilenko told the audience about Kazakh President Nursultan Nazarbayev’s Manifesto “The World. The 21st Century,” which suggests elaborating the 2045 Global Strategic Initiative Plan, the main goal of which is to eliminate the root causes of war and conflicts and create a nuclear-weapons-free world by the UN’s Centenary.

Noting that recently Astana hosted the Jubilee Conference of the Pugwash movement of scientists Aug. 25-29 and the opening of the IAEA Low Enriched Uranium Bank Facility in Kazakhstan Aug. 29, Vassilenko shared the important initiatives outlined by Nazarbayev at the bank’s launch ceremony.

“First, he proposed convening a summit of all states possessing nuclear weapons to collectively discuss further steps they could and should take towards nuclear disarmament. He further said the nuclear-weapon-free zones serve as effective means of stopping further nuclear proliferation and called for joining the efforts of all states participating in such zones.”

“President Nazarbayev further said that in 2020 the world will mark the 50th anniversary of the entry into force of the Treaty on the Non-Proliferation of Nuclear Weapons and called for joint efforts to make sure that by then the Nuclear Weapon Ban Treaty also enters into force,” the diplomat noted.