By Aigerim Seisembayeva in International on 27 September 2017

ASTANA – Participants in the 2017 United Nations Programme of Fellowship on Disarmament met with Deputy Foreign Minister Roman Vassilenko Sept. 20 during their three-day trip to Kazakhstan. 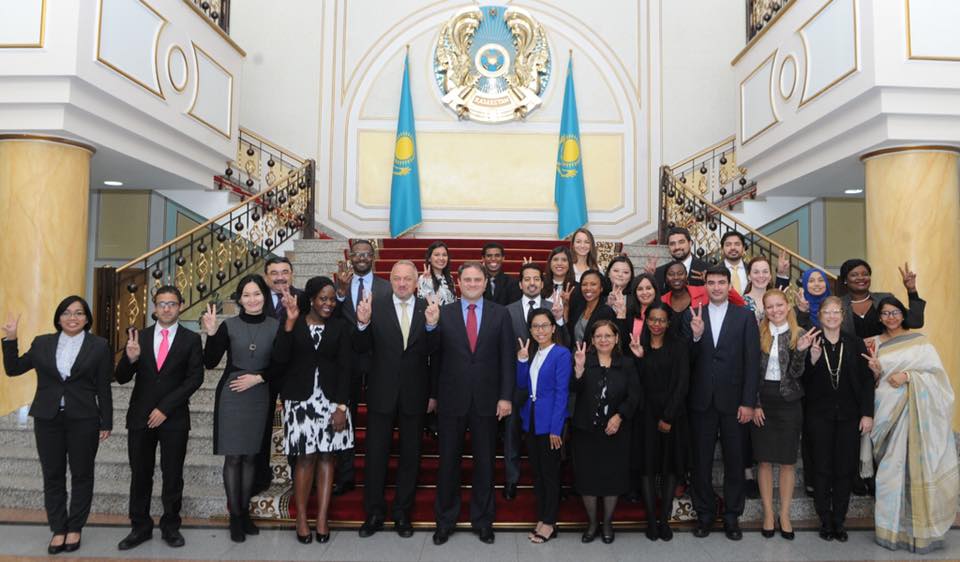 Diplomats from 27 UN member states were received at the Foreign Ministry, where Vassilenko briefed them on the nation’s efforts to build a nuclear-weapons-free world. He stressed the importance of the recent launch of the first low enriched uranium bank in the county under the auspices of the International Atomic Energy Agency. The bank is meant to promote peaceful atomic energy development and strengthen the nuclear non-proliferation regime. Vassilenko also outlined Kazakhstan’s priorities in the UN Security Council, which were announced in President Nursultan Nazarbayev’s Jan. 10 policy address to its members.

The UN programme was launched by the General Assembly at its first session devoted to disarmament in 1978. The endeavour aims to ensure the training and specialisation of member states’ national officials for their subsequent effective participation in international nuclear disarmament discussion and negotiation fora.

The fellowship programme also included a visit to Kurchatov, the former Semipalatinsk nuclear test site and the National Nuclear Centre facilities. During the trip to Semey, the diplomat sbecame acquainted with the State Medical University Museum exhibits and visited the Stronger than Death monument on Polkovnichy Island.